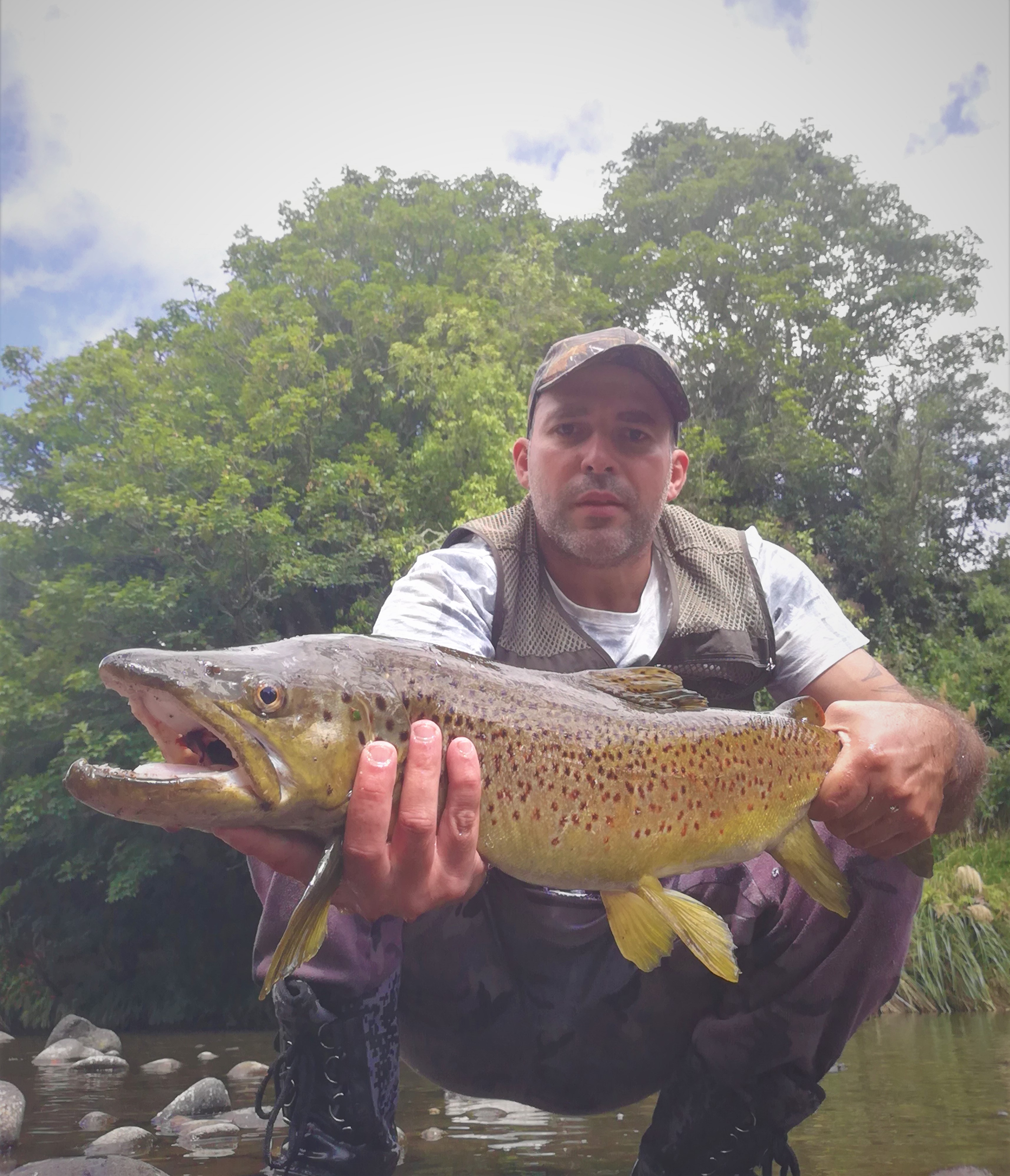 River and stream flows have remained low in February with flows sitting just below the average annual low flow.

The occasional drizzly morning of late has helped keep the dust down, but little else.

Water temperatures have not been extreme however, with westerly breezes and a fair number of cooler nights moderating the heat.

Above Right: Carlos Vale with a 72cm brown trout he caught spinning with a gold rapala.

Fishing in the mornings before the heat of the day and in the evenings as water temperatures start to fall has been most productive.

Cicada and passion-vine hopper imitations will work well in ringplain streams, either cast to rising fish, or drifted down foam-lines.

It will also be worthwhile drifting a bushy dry fly with a small nymph dropper through riffle and pocket water, particularly in the middle and upper reaches of streams. 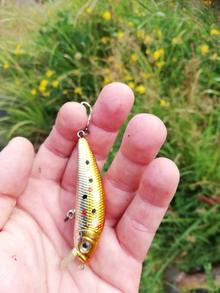 With the low flows, trout will also be cruising a beat in the pools and they may well succumb to a nicely placed dry fly.

Spinning has also been successful in the larger river pools, with Carlos Vale sending in a photo of a 72cm brown trout he recently caught on a gold rapala.

Taranaki Fish & Game Manager, Glenn Maclean, reports that rivers in the Ruapehu district are low, but that trout are feeding well and looking to the surface.

While it has not been a great cicada season up there, a big dry fly or cicada imitation should be well received.

The addition of a lightly weighted nymph as a dropper will also be worthwhile.

Glenn reports that there is a reasonable amount of riverbed algae developing in the Manganuioteao River, which shows that even low nutrient rivers can develop algal growth when flows are low enough for long enough.

This means that anglers fishing deep are likely to have a fair bit of algae fouling their lines.

Care should also be taken when wading, as the cobbles and boulders can be very slippery.