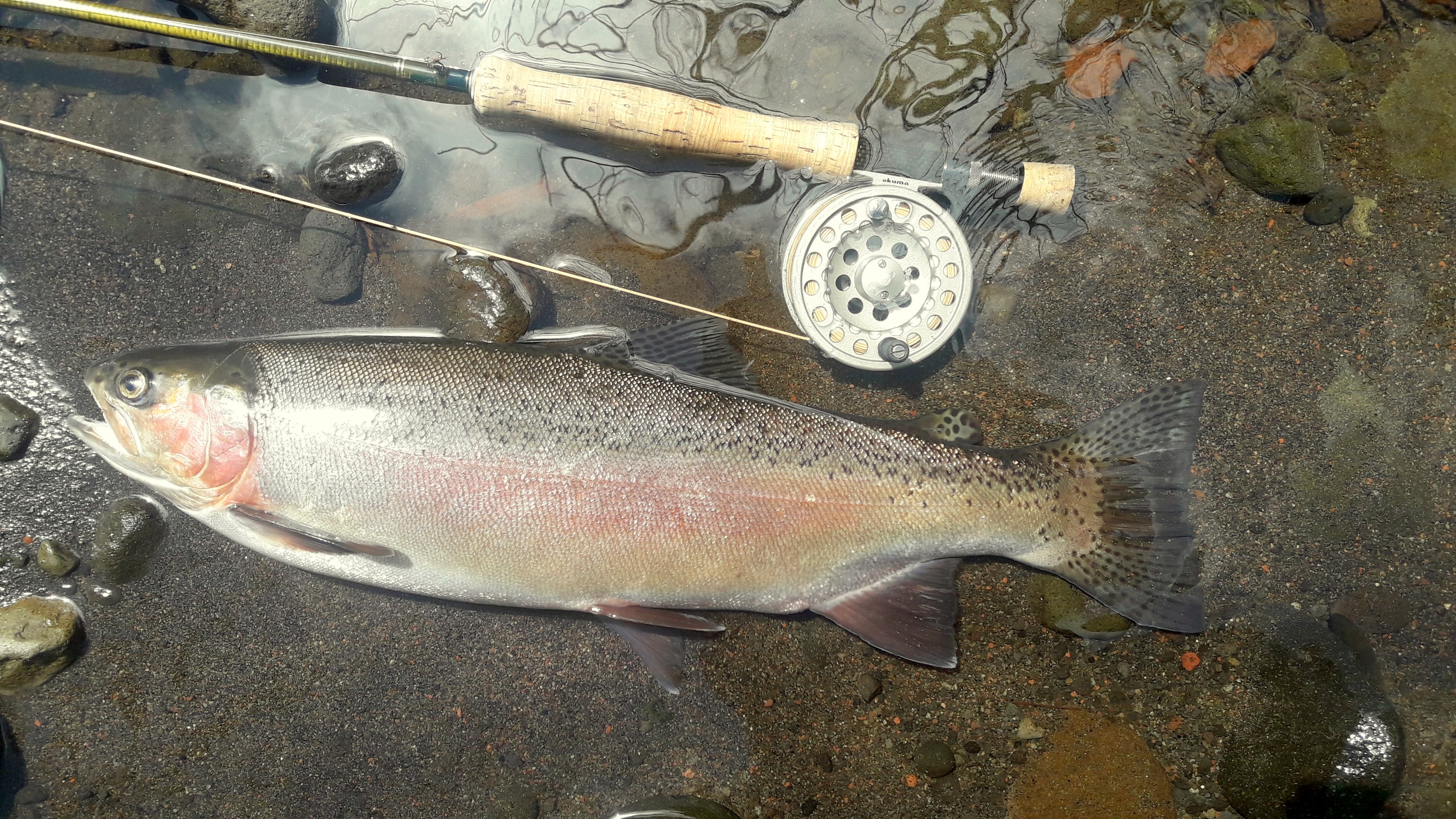 River and stream flows remained low in February and it’s now close to three months since the last significant fresh.

Of course, Tropical Cyclone Oma may well have changed things by the time this goes to print - hopefully we don’t get the rain all at once!

On the bright side, we’ve not seen the extreme water temperatures of last season and the cooler nights mean most trout will have got through the summer unscathed.

Anglers have reported that fish have generally been in good condition, with the middle and upper reaches of streams the best places to visit and the dry fly being king.

It’s been a good year for cicada here in the Taranaki region, and drifting an imitation through well-aerated riffles, runs and pocket water will be productive, particularly in larger rivers such as the Manganuioteao. 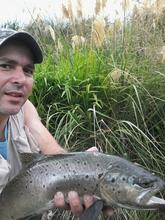 ndy days are not a bad time to go fishing either as terrestrials are blown onto the water and keenly sought after by trout cruising in the pools and backwaters.

Passion vine hoppers are now increasing in abundance and so a hopper imitation, or any similar dry fly will also be well received.

Carlos Cardoso do Vale with a nice ringplain brown.

Unfortunately, the very dry conditions resulted in an erosion event in the Stony River headwaters inside Egmont National Park. 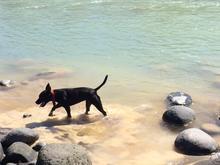 This probably happened in the Pyramid Stream tributary where vertical cliffs of unconsolidated partially-weathered volcanic ash, sand and gravel are prone to drying out and collapsing.

The Stony has been running a white-ish colour with sediment blanketing the bed and the next significant rainfall could bring down a wave of sand and gravel.

Hopefully, it was not a significant collapse and the habitat will recover quickly.