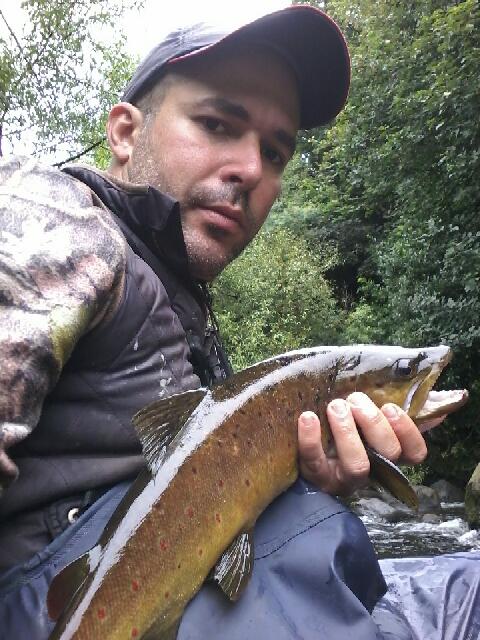 With late afternoon water temperatures in the lower reaches of streams reaching as high as 28.2C at the end of January, there was concern that widespread fish kills were about to occur.

Hawera angler Carlos Cardoso do Vale shows off his first brown trout of the season taken on a cicada.

The fishery didn’t get off scot-free however, as dead trout were reported from “skinny water” in the lower Waiaua River below SH45 at Opunake, and in the residual flow downstream of TrustPower’s Manganui River weir at Tariki.

There was also a report of a significant fish kill in the Mangawhero River below Raukawa Falls along SH4.

Since the Fehi fresh on February 1, there’s been another in mid-February and a series of cooler nights have also provided much-needed relief for aquatic life.

The aftermath of cyclone Gita should also result in increased stream flows and cooler temperatures that will see an end to the period of peak summer water temperatures.

Gita will also hopefully provide some relief to South Taranaki coastal farmers, who’ve had a horror season with four months of drought, due to the prevailing north-easterly conditions and the rain-shadow effect of Mt Taranaki.

On a brighter note, anglers have recently been reporting good success in the middle and upper reaches of ringplain streams, with decent numbers of well-conditioned brown and rainbow trout being seen and landed.

The cicada season has been a bit sporadic, but an imitation cast to feeding fish, or drifted through bubbly runs and pocket-water may well catch fish.

Hare & copper and gold & tungsten bead pheasant tail nymphs in #14, and horny-cased caddis imitations in conjunction with a dry dropper rig (e.g. with a green humpy) have also been successful. 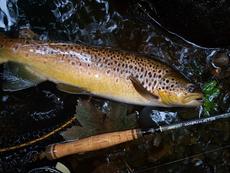 Please check, clean and dry any clothing, equipment and fishing gear before moving between waterways to help prevent the spread of didymo and other freshwater pests.

We are still didymo free in the Taranaki Fish & Game Region to date, so let’s keep it that way. 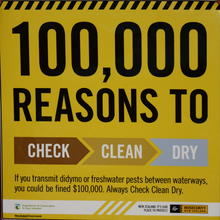 The only safe option is to act as if the water you are fishing in has didymo, but the next one you’ll visit, does not.

If you break the rules it will cost you dearly.