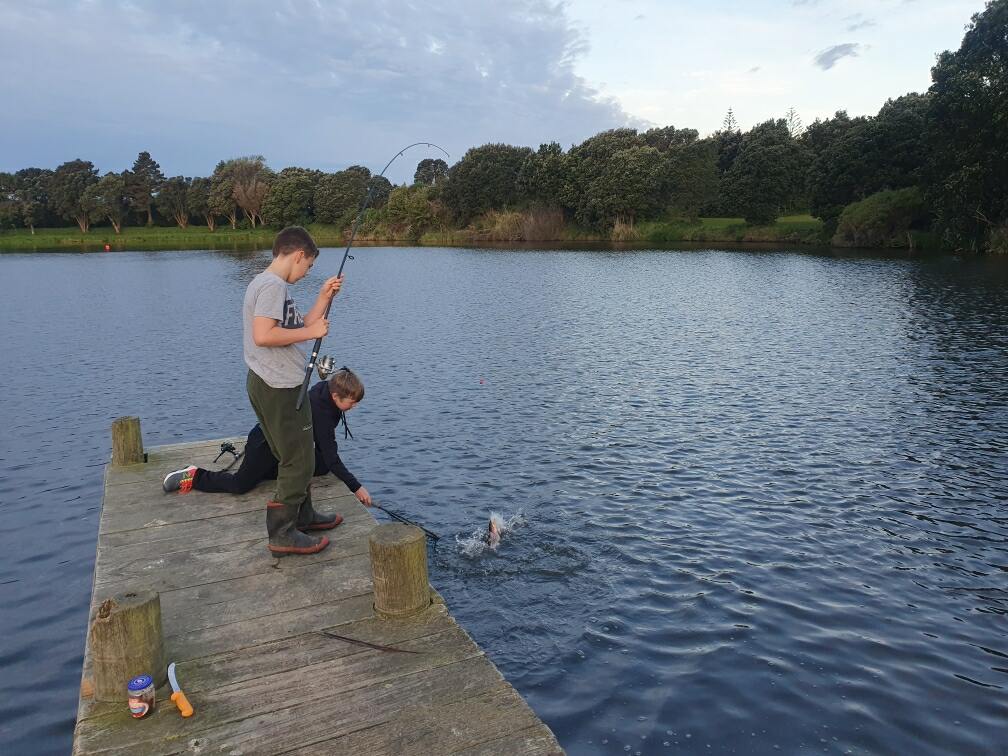 Rivers in great condition for the holiday season

With a constant stream of rain funnelling down from north Queensland to slam into Taranaki from 7 – 10 December there was concern there would be a major flood, but ringplain streams came through remarkably well and even the erosion-prone Stony River cleared quickly once the rain stopped.

Taranaki Regional Council surveys showed that streambed algal growth had been reduced to low levels in all waterways and we now have a settled period perfect for fishing that coincides with the Christmas break.

And with water temperatures sitting in the 15-18 OC range there will be plenty of trout feeding activity, even in the lower reaches of streams near the coast.

Good places to take the family fishing include New Plymouth’s Lake Rotomanu, where there are still plenty of rainbow trout from a late October release, plus some good-sized perch.

Lake Ratapiko will also be worth a visit, particularly the northern “power boat” arm.

If planning a visit to the Lake Rotokare Scenic Reserve east of Eltham, there is good fishing for perch off the boardwalk platform.

The Scout Den pool in King Edward Park in the heart of Stratford is another good spot for the kids.

For further information on fishing in Taranaki go to https://fishandgame.org.nz/taranaki/freshwater-fishing-in-new-zealand/fishing-locations-and-access/ and click on “Taranaki ringplain”, “Whanganui” or “Ruapehu”. 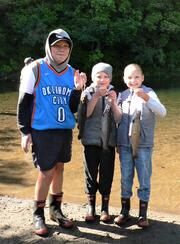 A total of 300 well-grown rainbow trout were released into the scout den pool in King Edward Park for the event and most kids caught at least one rainbow, with several catching their first ever fish.

With more than 200 rainbows remaining in the pool at the end of the event, there will be plenty of fishing opportunity available over the school holidays.

Emaleigh & Campbell Walsh with their catch at the Stratford kids' trout fishing day.

Past experience has shown that many of the rainbow trout remain in the scout den pool or in the adjacent pools for several months and they complement the fishing provided by the Patea River’s resident brown trout population.

There is good access to both sides of the Patea River running through Stratford via the Carrington Walkway.