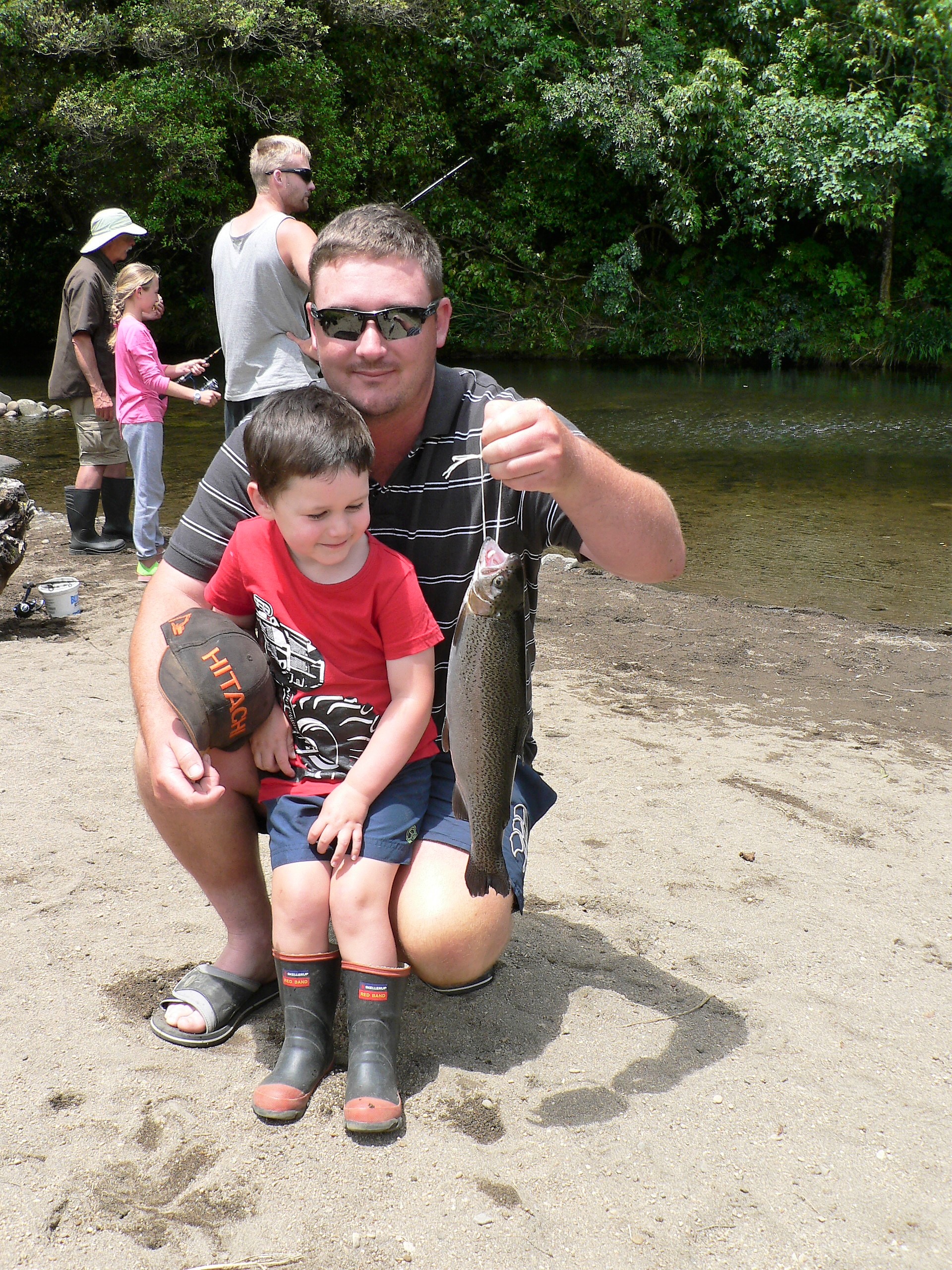 The current spell of warm, muggy weather means that the lower reaches of Taranaki ringplain streams are reaching 23 – 250C in mid-late afternoon...

That's high enough to put trout off the feed and compel them to seek areas of cooler water, often at the bottom of deep pools or where groundwater inflows occur.

Minimum water temps of 17-18 0C are occurring in the early mornings, so angling at first light will be most productive in the lower reaches of streams.

Of course, the middle and upper reaches of ringplain streams have altitude on their side – they can be up to 10 0C cooler and with the current low flows, will be great places to target trout on their feeding lies.

But even here, on hot sunny days trout will be feeling most comfortable holding in well oxygenated riffles and pocket water, where they can be difficult to spot.

A bushy dry fly with a #16 hare & copper nymph on a dropper, drifted through these areas will be well worthwhile.

The weather outlook is for some reasonable rainfall after Christmas to freshen up the rivers and provide some respite from the current warm conditions.

Water temperatures in Ruapehu district rivers have only occasionally reached 200C so far this summer.

And with moderate freshes occurring as a result of frequent central North Island cloud-bursts, rivers like the Manganuioteao and Mangawhero will be well worth a visit over the holidays.

While the Manganuioteao river bed below Orautoha Stream confluence is carrying a bit of fine sediment, it should still fish well with fly and spin fishing techniques.

Stalking the Mangawhero River upstream from Raetihi with a dry fly, looking for brown trout feeding under foam-lines and in back-eddies, will also be productive.

A total of 113 keen young anglers tried their luck catching one of 290 rainbow trout released into the Scout Den pool in King Edward Park for the 20th annual Stratford kids’ trout fishing day in early  December.

After a fast and furious start, the trout became progressively harder to catch once the sun came out, but by the end of the event at 3pm, 45 rainbows, some approaching 2kg, had been landed.

The fish were in excellent condition and battled well, providing plenty of excitement for the successful participants, many of whom caught their first trout.

For the first time, trout for this event were raised by volunteers at Fish & Game’s Hawera trout hatchery and everyone agreed they did an excellent job.

A grant from the Taranaki Electricity Trust provided funding for the event, which was run by the Stratford Fishing Section.

As usual, since the fishing day, most trout have either remained in the Scout Den pool or moved only a short distance up or downstream, where they continue to provide a great opportunity to introduce new anglers of all ages to trout fishing.

A gold-bead nymph suspended below a bubble float and worked in with few twitches is proving to be an effective technique, but all methods will take fish.

‘CCD’ more important than ever

With a fish rash in the South Island still unidentified at time of writing, it’s never been more important to heed the ‘check, clean and dry’ message.

It applies to any clothing, equipment, fishing gear, etc, before moving between waterways to help prevent the spread of didymo and other freshwater pests.

Didymo hasn’t been found in the Taranaki Fish & Game Region to date, but the only safe option is to apply these procedures religiously. For more information click here