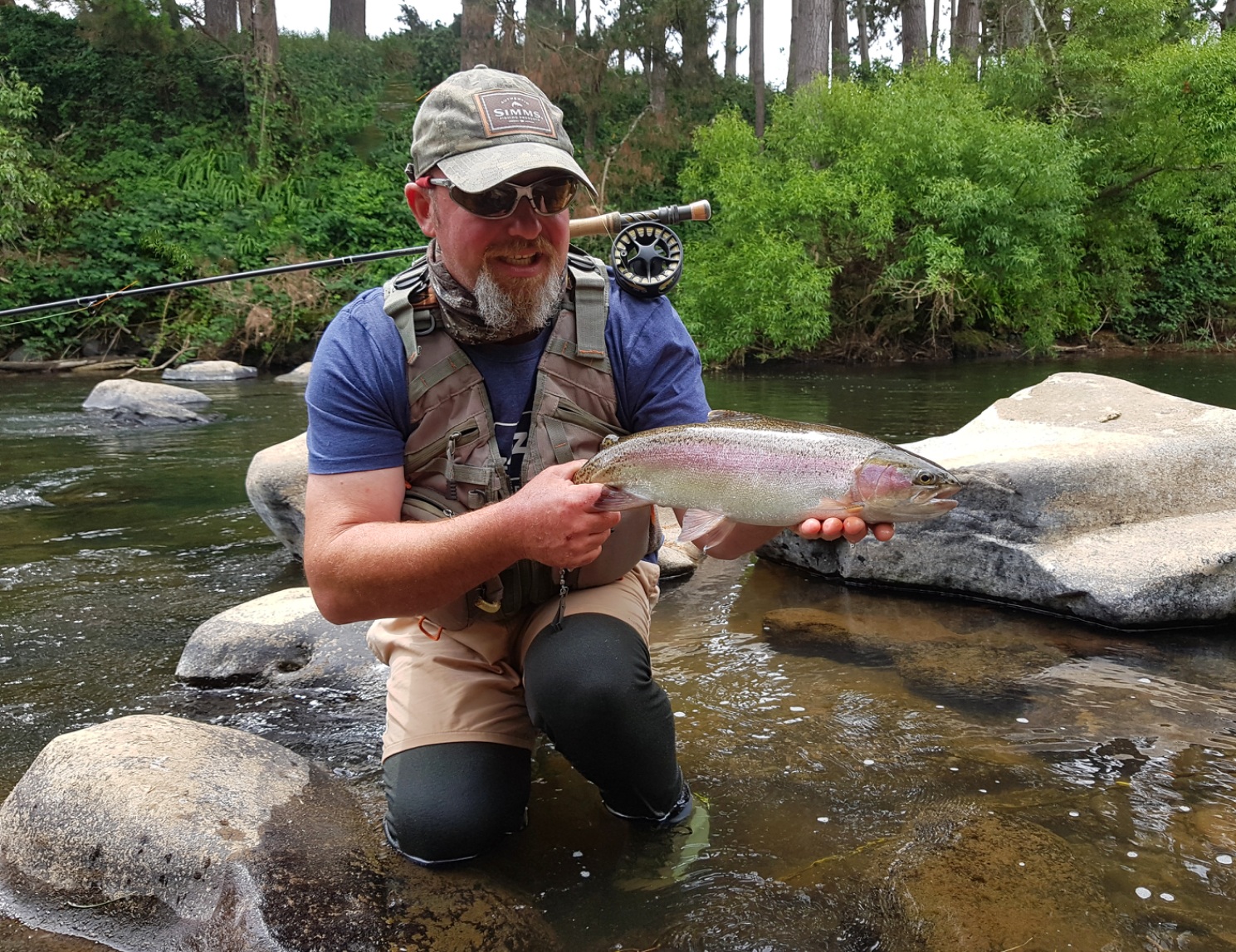 A return to westerly weather patterns after one of the warmest summers on record has seen regular freshes and much cooler temperatures in local rivers and streams – particularly following the first autumn snowfall in early April.

Base flows have now improved markedly and all waterways are in good condition going into the trout spawning season.

While some trout deaths did occur during a period of high water temperatures in late January, for the most part the fishery remains in good shape,  and anglers reported seeing and catching good numbers of well-conditioned fish during March and April.

Although many Taranaki region fisheries close to angling at the end of April, a good selection of waters remain open during the “winter season”.

These include Lake Mangamahoe, a picturesque lake near New Plymouth that’s fishing well, with brown and rainbow trout up to 2kg cruising the lake margins.

While the brown trout are wild, the lake is stocked annually with 200 adipose fin-clipped hatchery rainbows, which show very good survival and growth.

Please note that Lake Mangamahoe is restricted to fly fishing only, which means with fly rod and reel, fly line and artificial fly. 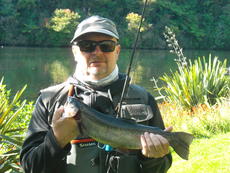 The lower reaches of a number of ringplain streams and rivers also remain open to angling, including the Waiwhakaiho River.

There is a good stretch of fishable water accessible from a walking track at the right-hand end of Rimu Street extension, upstream to the white-yellow and black marker pole.

The lower reaches of Kaupokonui Stream below State Highway 45 is another popular stretch of water, with easy access from the Kaupokonui beach camp off Lower Glenn Road.

The river between Ruatiti Domain and the Orautoha Stream confluence will be well worth a visit on a nice sunny day, as fish congregate in this area prior to spawning.

Fishing away on the Awakino

Many Taranaki anglers also visit the Awakino River in the Auckland/Waikato Region at this time of year, particularly the fly fishing only section upstream of the Mahoenui SH3 Bridge, although the entire river remains open until June 30.

For anglers who didn’t buy a 2017/2018 Whole Season Licence, the option of a reduced price winter season licence is now available.

It allows anglers to fish waters that remain open through to September 30, including the Rotorua lakes – click here