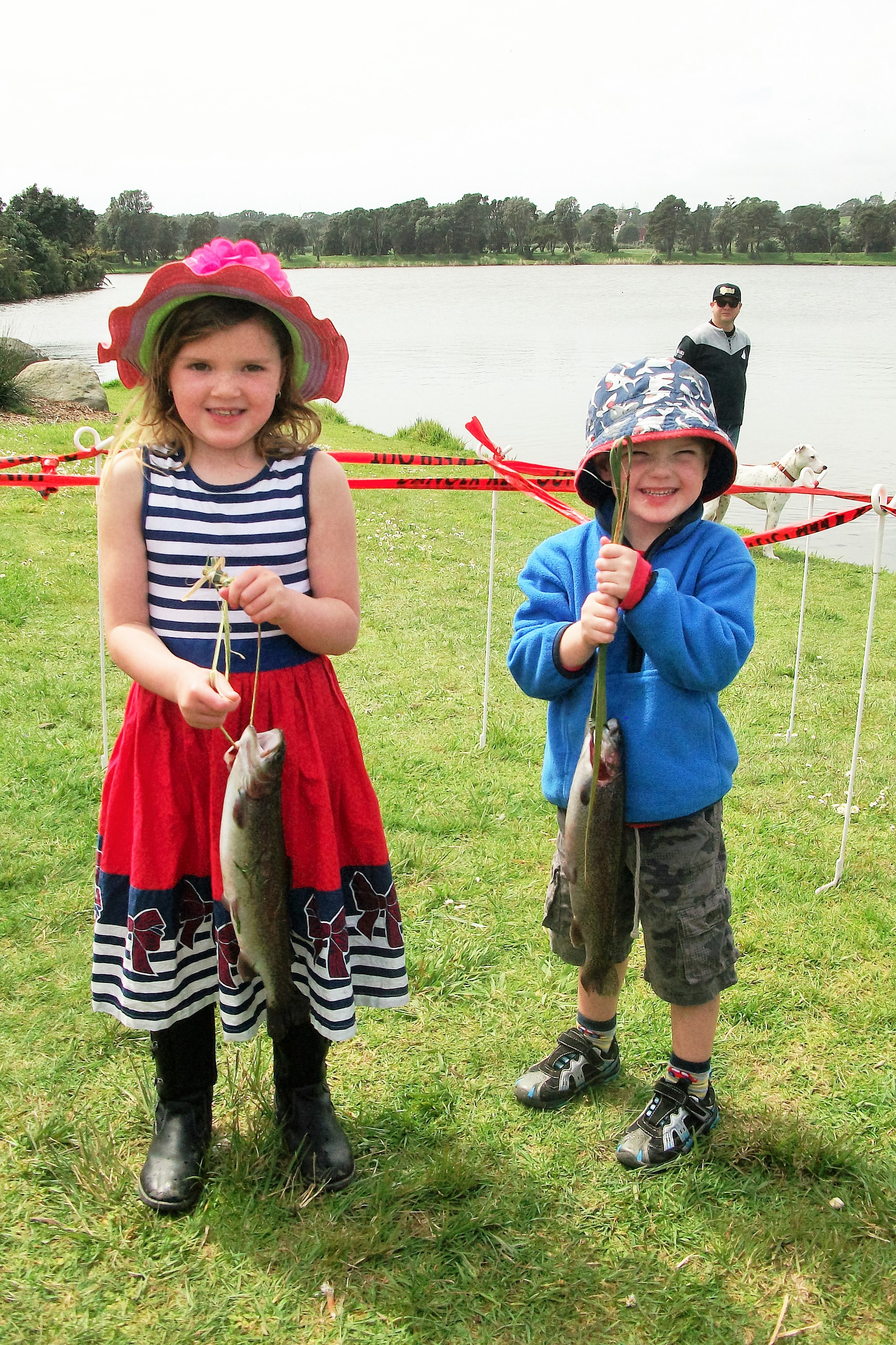 To introduce children to trout fishing, Taranaki Fish & Game holds a series of ‘kids’ fish out’ events where children can fish under expert supervision for rainbow trout released into a netted-off area of lake or river.

This year’s first ‘take a kid trout fishing’ event will be held on Saturday, October 27, at Lake Ngangana located at the end of Joll Street next to the Taranaki Kart Club track near Waitara.

This event is being run by the Inglewood Rod, Gun & Recreation Club and children will also be able to fish for 250 good-sized rainbow trout .

All fishing gear will be supplied, although any donations of worms for bait will be gratefully received. To reduce waiting times, anglers are asked to book a 15 minute time-slot by visiting or phoning the Taranaki Hunting & Fishing store in Ocean View Parade, Moturoa (06- 757 2255).

A release of 250 two year-old rainbow trout will also be made into Opunake Lake in late October, but there will be no organised event this year.

The final kids’ trout fishing day will be held on Saturday December 15 at the Scout Den pool in Stratford’s King Edward Park (further information to come).

While everyone needs a licence to fish for trout (and perch) Fish & Game issues an authority that allows kids to fish for free during these events.

At the end of each fish out, the nets are removed and anglers who hold a current licence can target the remaining trout. 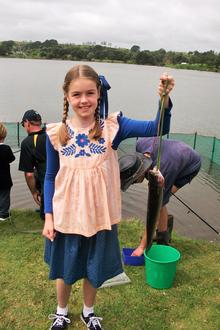 Fish and Game NZ is a non-profit organisation and all licence fees go back into the management of the resource.

Posted in Events, Fishing; Posted 4 years ago by Richie Cosgrove