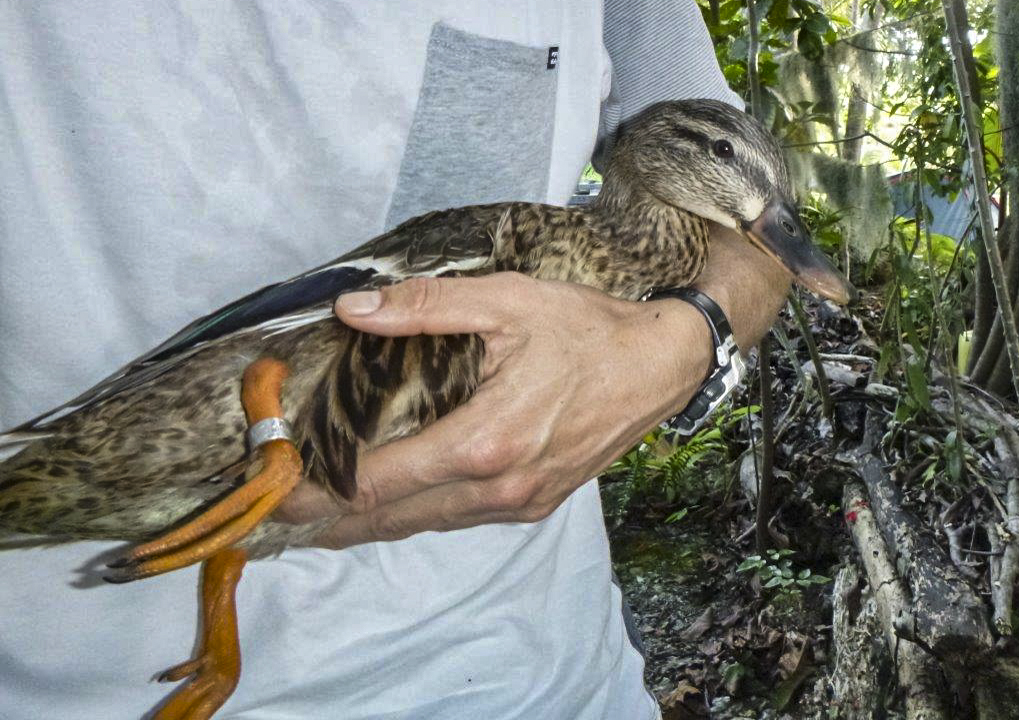 The two mallards, one drake and one hen, had been recently banded by Auckland/Waikato Fish & Game staff and volunteers as part of their annual species monitoring programme.

A Lifou Island vet was alerted to the birds, one of them appearing exhausted, and during examining the birds saw the bands details and contacted the Department of Conservation Banding Office in Wellington, who notified Fish & Game.

A check on the band details revealed the two birds were part of a group of 880 mallard and grey ducks banded in Pipiroa less than two weeks before by Fish & Game staff and dedicated Hauraki Plains hunter-volunteers.

Lifou, is home to around 10,000 people is one of the Loyalty Islands group to the east of New Caledonia and is 81km long and 24km wide.

Each year around 4,000 or so mallard and grey ducks are banded across the Waikato and Auckland region by Fish & Game in order to better understand the life cycles of the birds. 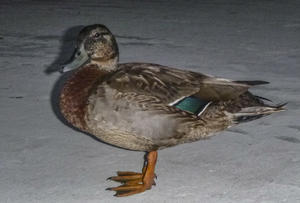 Safe on dry land, one of two mallards in Lifou.

To discover, for instance their mortality to all factors including predation and disease as well as to hunting.

While mallard ducks are migratory in the northern hemisphere, they are decidedly sedentary in New Zealand where they were introduced from Britain and the USA between 80 and 160 years ago.

The great majority of banded New Zealand mallards never move more than 25km from their home.

This makes the 2,000km journey of these birds extremely rare and it is the first time two banded mallards have turned up together.

The first birds to be banded in New Zealand with modern metal bird-bands were mallard ducks by the Southland Acclimatisation Society in Mataura in 1911.

They were taken by train 60km away and released into a suitable wetland in Thornbury only to have two birds turn up back at their birthplace a short time later.

If anyone finds any bird with a band on it they need to report it to Department of Conservation at bandingoffice@doc.govt.nz  or call their local Fish & Game office.

Reporting a game bird band enters you into an annual prize draw organised by Fish & Game.

The Lifou island vet will of course have two entries and Fish & Game staff have tongue-in-cheek offered to personally deliver any prize, if he wins one, to his island paradise.