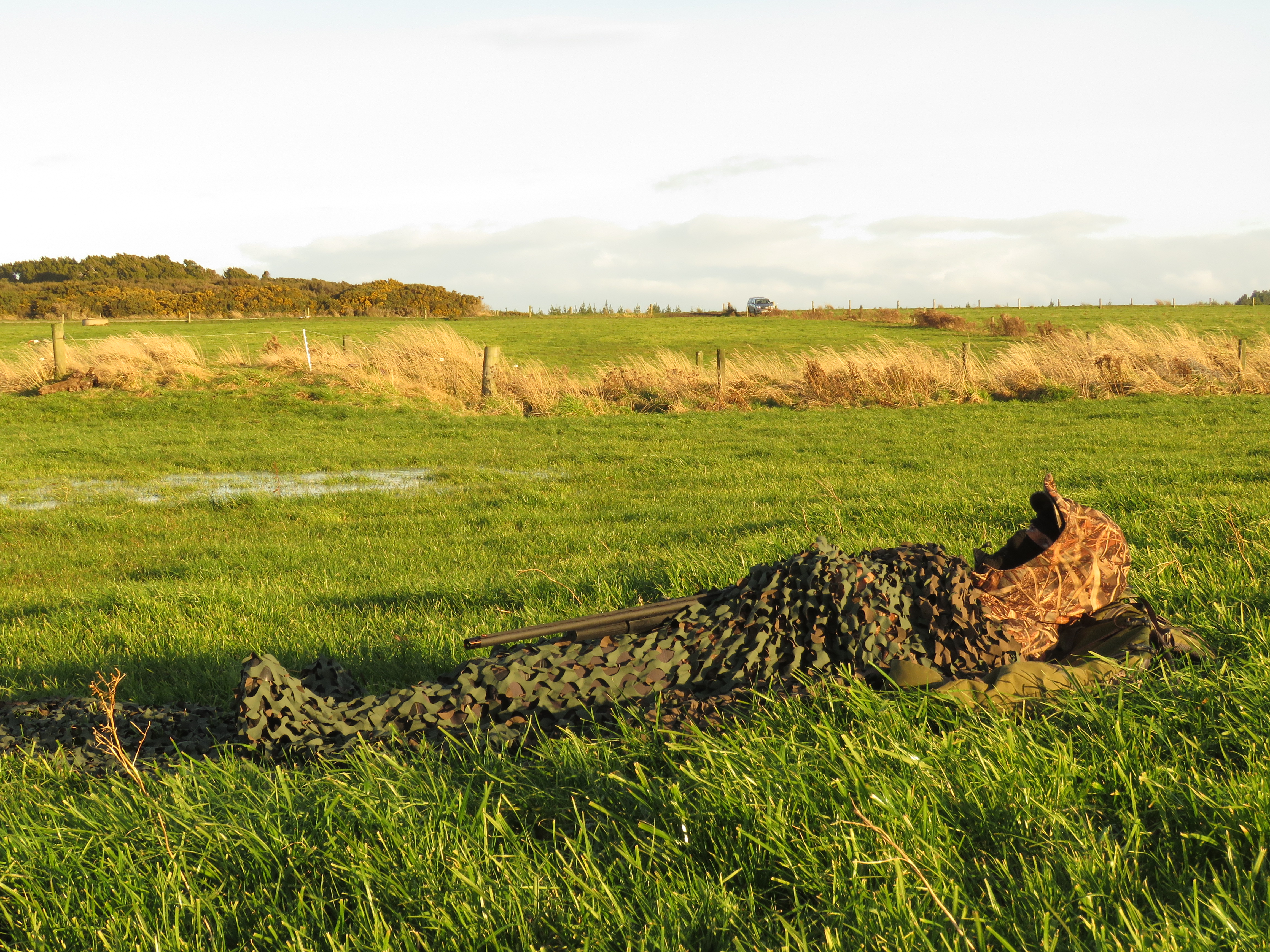 With all the steady rain the region has been experiencing lately there will be plenty of puddles springing up for worm-gorging ducks!

If you haven’t given puddle hunting a go – we highly recommend it.

If you are lacking a layout blind, don’t worry, a camo net is all you need (just not as comfy!), or sit down camouflaged up next to a fence post or other structure.

If you have done some scouting and spied ducks on certain puddles, they will be your best bet to target, and can be particularly productive!

We had a great uptake from our email (378 respondents) and phone (219 respondents) hunter satisfaction surveys undertaken during the first couple weeks after Opening Weekend.

Here are some key results: 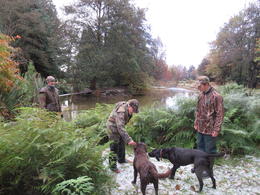 In the email and phone surveys respectively, 78% and 92% of hunters suggested an Opening Weekend mallard bag limit of 20 or less.

The average hunter suggested bag limit was 20.35 per day with the vast majority of hunters suggesting a 20 bird limit per day for Opening Weekend.

The McLeish family out collecting ducks.

Just under 20% (and 4% ) of hunters respectively, reached or exceeded their suggested bag limit on Saturday and Sunday of Opening Weekend.

We asked hunters how many mallards they needed to harvest to have an enjoyable hunt.

We found that on average, a Southland hunter needs to harvest 7.93 ducks to have an enjoyable hunt.

This is a very useful statistic for Fish & Game, giving us a target to achieve in order to meet hunter satisfaction requirements.

We need to manage for a mallard population that enables the average hunter to harvest eight mallards on Opening Weekend.

There was however huge variety in the answers to this question, with 10 birds being the most common, zero a close second, and 20 coming in third.

Some hunters just enjoy getting out for the Opening Weekend experience while others have the bag limit as their goal.

On Saturday and Sunday respectively, 45% and 37% of hunters harvested the number of ducks they specified were required to enjoy their hunt.

A quarter of all hunters surveyed expect to shoot the bag limit, but only 10% were disappointed if they did not reach the bag limit.

Overall, the vast majority (>92%) of Southland hunters were at least somewhat satisfied with their Opening Weekend hunting experience.

Of those that weren’t satisfied, weather was listed as the top reason, and sadly, there is nothing Fish & Game can do about this!

But most importantly, there was much more variability in the bag attained for hunters that were very satisfied with their Opening than those that were not satisfied at all, leading onto reasons why our hunters hunt.

Why do our hunters hunt?

The most commonly identified reasons our hunters like to go out Opening Weekend were to spend time with friends and family and for enjoyment [of the sport].

Harvesting ducks for the table and the tradition of the weekend ranked closely behind.

Lead shot advocates, despite being unhappy they cannot use lead, still had an enjoyable hunt, and statistically their bag was no different to the rest of the hunting population.

How can Fish & Game improve your hunting experience?

This question was most commonly left blank, followed by statements saying there was nothing Fish & Game could do.

After that we received many positive comments surrounding work we already do (thanks for those!), comments and jokes about the weather, mention of an Opening Weekend licence, cheaper whole season licences,  followed by a few hunters who wanted lead shot reinstated.

Lastly, there were a handful wanting lead to remain in sub-gauges.

The results from our surveys are very valuable, allowing us to learn about Southland hunter satisfaction and motivation, assisting us with setting and justification of bag limits, understanding current issues that matter to our hunters and will help with the justification of our sport.

When we come under scrutiny from Animal Rights groups, we can prove that hunting participation is not just about ‘killing ducks’, but a much more complex inter-relationship involving spending time with friends and family, continuing tradition (culture), working with dogs and harvesting food.

Many thanks for your input and participation, we would be unable to learn about the important human dimensions to game bird hunting if it wasn’t for you!

Now make sure to head out with your wife/partner/husband/sons/daughters/friends/grandkids… for another enjoyable mid-season hunt!