Back country dives this season in the remote reaches of the Karamea and Mokihinui Rivers have resulted in positive trout numbers counted. 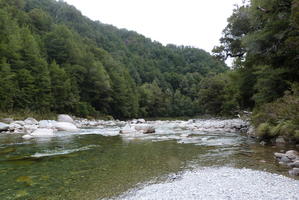