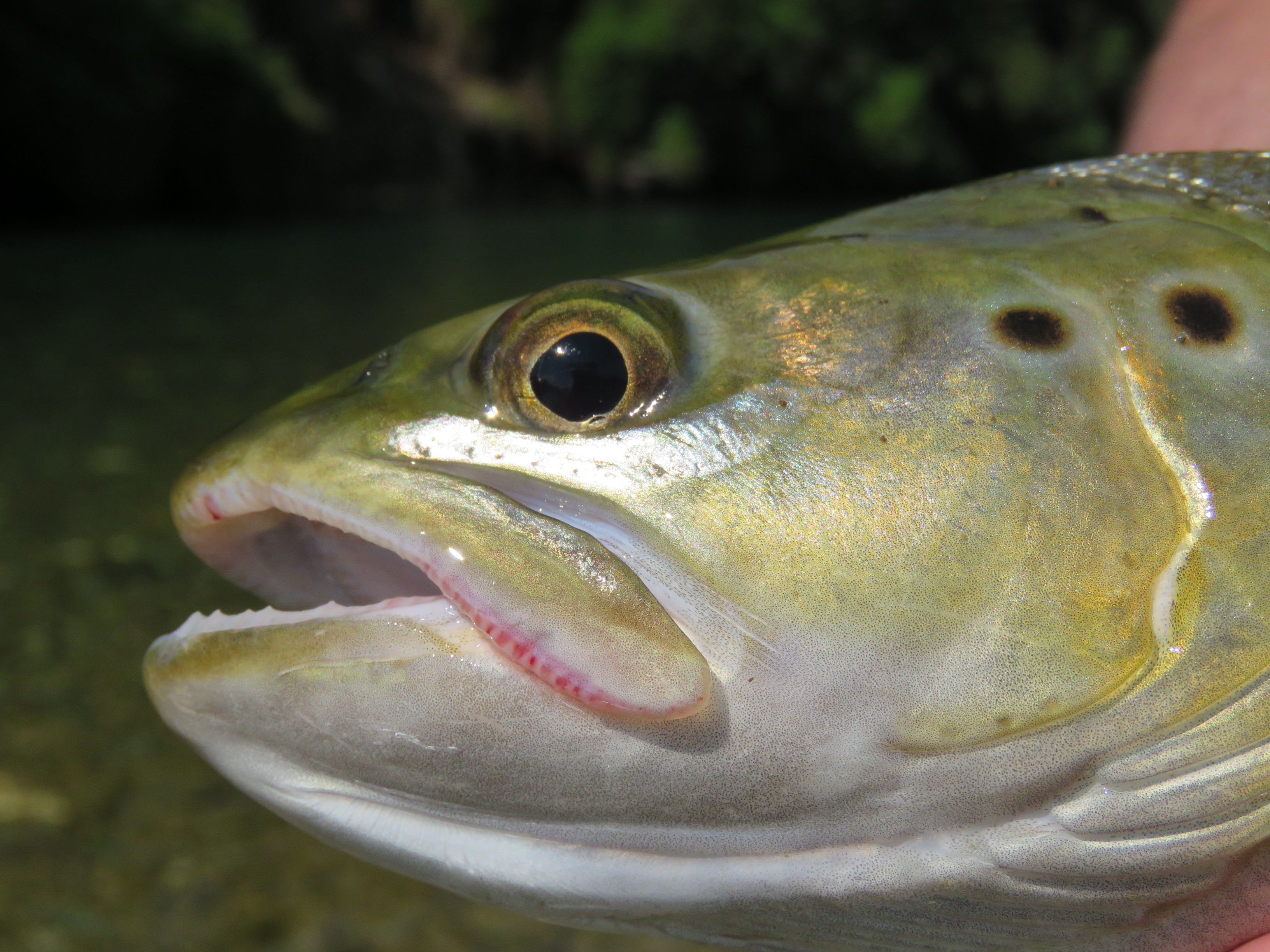 The weather has been starting to cool off down south but the same cannot be said for the trout fishing.

Right: A nice brown trout that succumbed to a mayfly imitation.

The cooler weather has prompted some nice hatches throughout the region which provides some great dry fly fishing action.

In particular, Fish and Game staff have been out on our lakes this month, conducting didymo surveys, and it has been great to see some good-sized mayfly hatches on our lake tributaries.

A size 14 twilight beauty or Dad’s favorite would be a perfect imitation.

We have also heard reports of some good hatches on the middle reaches of the Mataura.

To try and predict when a hatch will occur, keep an eye on the forecast and look for when the wind changes to a sou’wester.

Cooler conditions can often bring on a hatch, especially as we move into April and May.

Earlier in the month we received a nice bit of rainfall which put a touch of colour into our lowland rivers making for perfect spin fishing conditions.

Trout for the table caught after high flows on the middle reaches of the oreti River.

Spin anglers who jumped on the opportunity to head out when the lowland rivers were receding had excellent success.

Late in February, due to algal build up, the Meridian lake Control (MLC) delivered a flushing flow from the Mararoa Weir to the lower Waiau River.

You can check out a link to this here

Not only does the flushing flow clean out the algae, but it also spurs sea-run trout to move up into the lower Waiau and Mararoa rivers.

Reeling in a Mararoa brown.

For those anglers harvesting for the table, now is a perfect time to catch a trout or two for the smoke box as they have had all season to feed up and they should be in prime eating condition.

Make sure you make the most of the later months of the fishing season because there is some great trout fishing to be had.