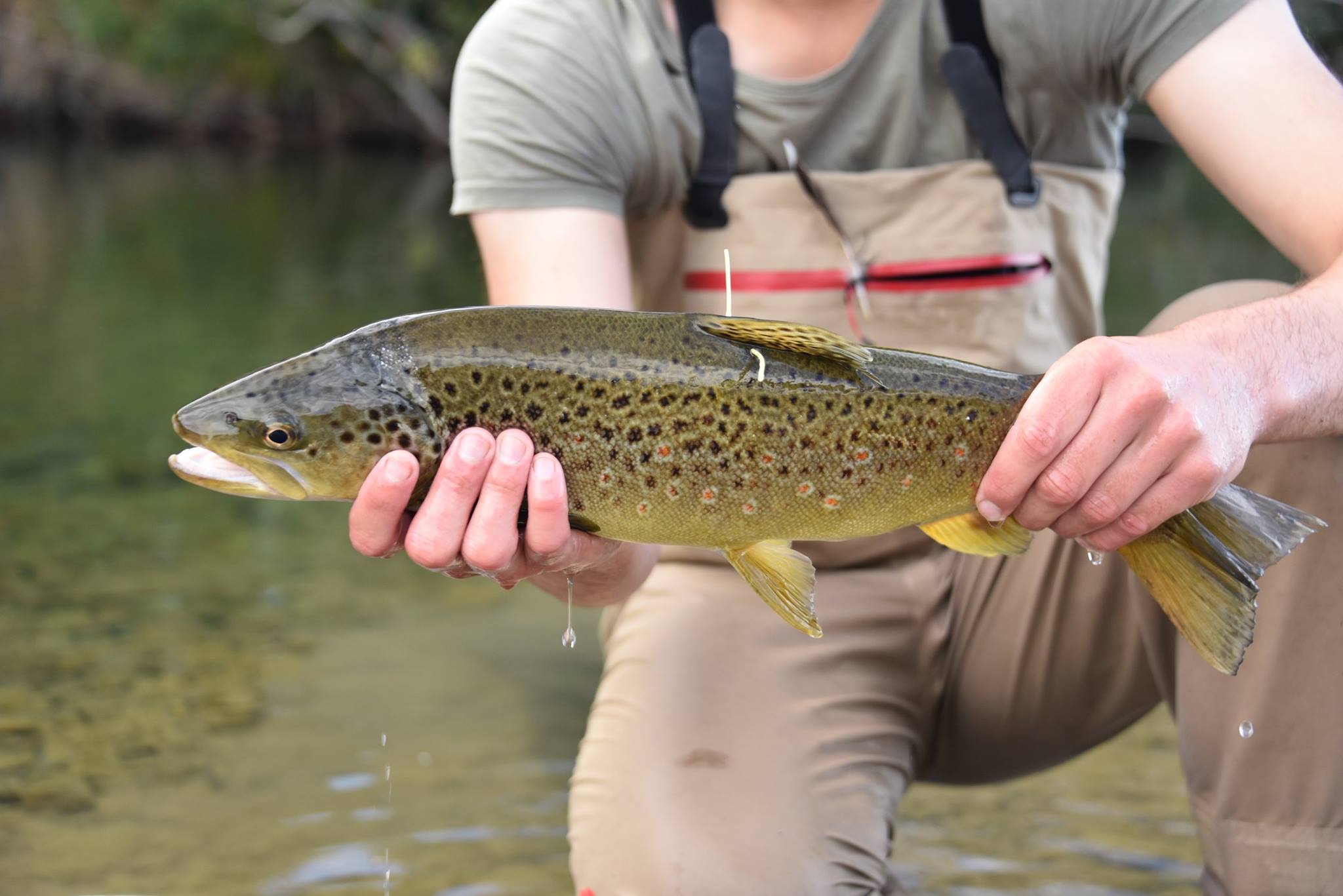 This month the Southland region finally experienced a good dumping of rain that raised the rivers enough for Fish & Game staff to conduct some of their annual fish spotting drift dives.

So far, we've dived the Monowai, Aparima and Oreti rivers.

Above right:  A prime Aparima brown trout from the Wreys Bush area.

Despite the challenging water temperatures this year, the trout have held up particularly well.

We observed 19 rainbows and 17 browns per kilometre on the Monowai river; some of the highest counts on record.

Most fish were seen in the first 600m between the dam and the cableway.

A few years back we created an angler access track on the true left-hand side of this stretch allowing for angler access to this most productive section.

We were happy to see that many of the fish were in great condition.

Check out the link to this video for more info on the Aparima drift dive.

Now's the time for spin fishing!

Over the last few months spin anglers would have noticed that fishing got rather challenging.

However, now that the rivers have had a good flush out and the temperatures have been cooler, success for spin anglers has really increased.

The lower Oreti and Aparima Rivers have been fishing particularly well since the last major rainfall.

Trout are very active in these lower reaches and are in great condition.

Further north, rain in Maraora catchment has resulted in a healthy increase in flow with slightly discoloured water – perfect for spinning.

A soft bait or toby lure in slightly discoloured water is almost a sure recipe for success.

MLC fish pass has been open through this period and the likes of the Mararoa and its tributaries will benefit from this.

Make sure you keep an eye out for salmon in the Waiau and Oreti, especially with these higher river flows after prolonged low flows.