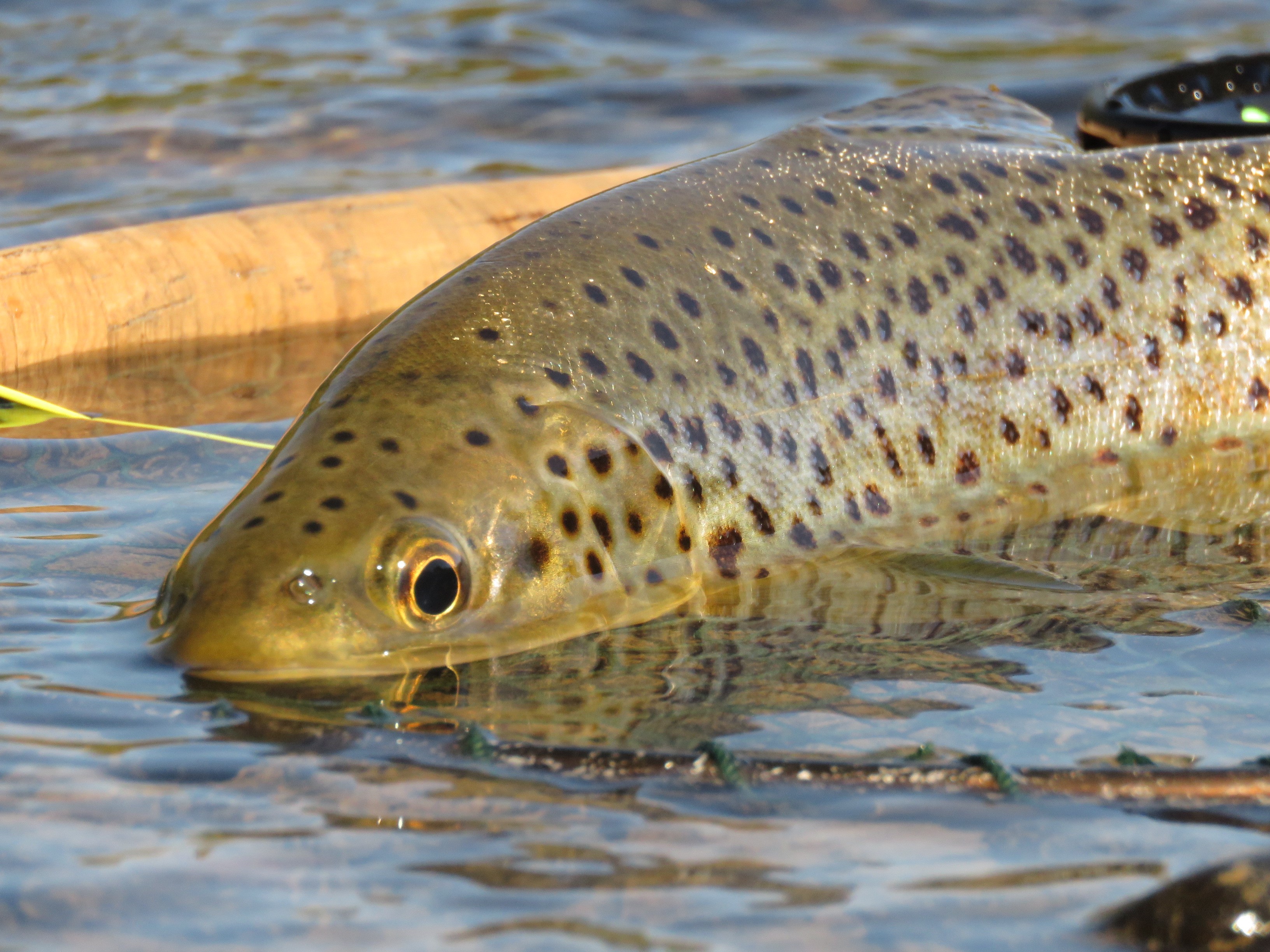 The final month of the sports fishing season has been a good one with reports of great fishing action throughout the region.

Fly anglers have reported that our lowland streams and rivers have been fishing very well and there have been some nice hatches.

Above right: A late season brown trout that rose eagerly for a dry fly. 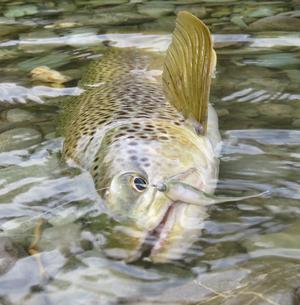 A brown trout caught in the middle reaches of the Oreti River .

Trout at this time of year are typically trying to gain last minute condition prior to spawning.

So they will feed quite frantically, and will readily take many different spinning lures.

I recently went spin fishing on the lower Makarewa River, just 15 minutes drive from Invercargill and for fun, I tried all sorts of lures.

In areas that remain open in the month of May, fish will still be feeding and will be worth targeting on any fine afternoon. 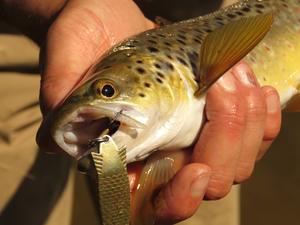 A Makarewa River brown trout that succumbed to a gold Toby.

Check your regulation book to see what areas are open to fishing during May.

Last month I suggested that anglers head to the Maroara River because there had been a flushing flow that would have spurred fish movement from the lower Waiau into the Mararoa.

Well, it turns out I was right and any angler who heeded my advice I am sure would have bumped into a few nice rainbows.

We counted 43 rainbow trout per kilometre and many of those fish would have been in the 1.5 to 2.2kg mark.

Tips for next month

May is a great month to target both brown and rainbow trout at stream mouths.

They will often congregate in these areas prior to spawning.

The Upukerora River near Te Anau is one of my favourite May fisheries and will be well worth a look after any high water.

Soft baits often do the trick as do bright-coloured streamers and bead head nymphs.