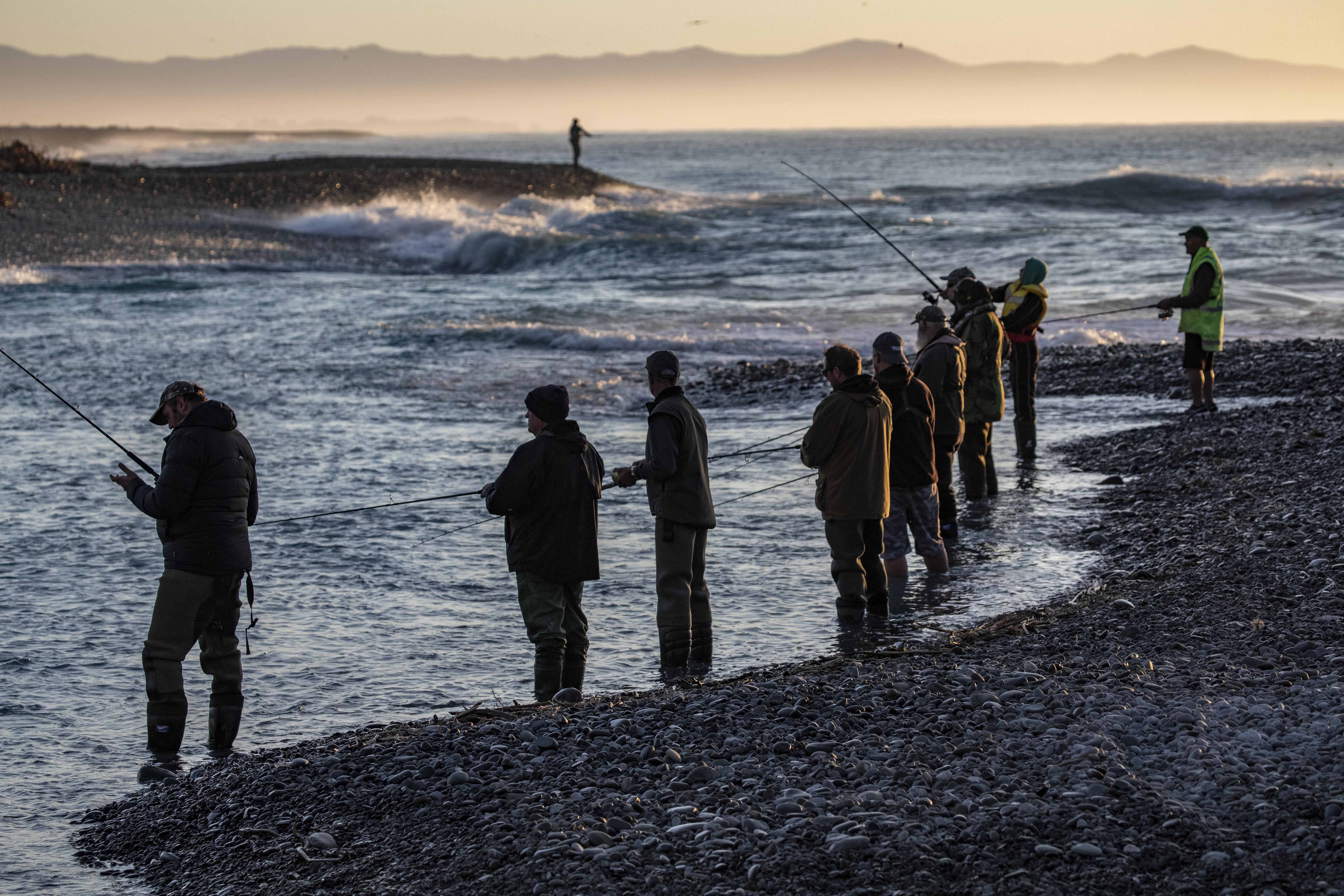 South Island salmon anglers are being asked for their help in the first east coast wide salmon harvest survey.
The Nelson/Marlborough, North Canterbury, Central South Island and Otago Fish and Game Councils are asking anglers to actively participate in the annual sea-run salmon harvest survey that is about to be undertaken.
The survey comes at a critical time when sea run salmon populations are at depressed levels and the Covid-19 alert level restrictions may compromise the ability of Fish & Game to undertake annual population monitoring in the field, like helicopter-assisted spawning surveys.
The survey covers all sea-run salmon rivers of the South Island east coast, spanning the area from the Wairau River in the Nelson/Marlborough Region to the Clutha River in Otago.
Sports fishing licence holders will be contacted directly via the email or phone contact details they provided at the time of purchase.
The sea-run salmon survey identifies the number of anglers that target sea-run salmon each season and the number of salmon they harvested.
The total annual harvest is estimated by applying that information to all licenced anglers so it is important that as many anglers as possible participate in the survey.
Initially a quick online survey will be sent to licence holders by email, Survey manager Jayde Couper of Central South Island Fish & Game, says "it’s easy for anglers to complete the online survey. The online survey only takes a few minutes for most anglers to fill in and provides critical information for Fish & Game to manage the sea-run salmon fishery".
Following the online survey, a phone survey will be undertaken to interview those anglers who are not active on email.
Couper says, "I encourage all anglers that receive the online survey to fill it out even if you didn’t go sea-run salmon fishing or went sea-run salmon fishing but didn’t catch a salmon.There are additional benefits for fisheries management if anglers participate in the online survey". "the more online responses we get, the less phone surveys we have to undertake, which ultimately means a reduced cost on licence holders to effectively monitor the harvest levels of our sea-run salmon resource".
Monitoring of the sea-run salmon harvest has extra relevance this season as new restrictive regulations were introduced last year to allow a higher proportion of salmon to reach the spawning grounds by restricting angler harvest.
Couper says "The harvest survey gives us a tool to assess if our regulation changes are having the desired effects to conserve the sea-run salmon populations".
Anglers from the Nelson/Marlborough, North Canterbury, Central South Island and Otago regions should check their email inboxes for the online survey in the next few days and other anglers should anticipate a phone call over the next two months.
The eastern South Islands sea-run salmon rivers are a destination for many anglers who travel from places like the West Coast and Wellington regions to fish these highly valued sea-run salmon rivers like the Rakaia and Rangitata.
The contribution of visiting anglers to the use of the fishery and sea-run salmon harvest is also sought by Fish & Game.
In the coming months an online survey will be made available for anglers who live outside of the east coast of the South Island so that they can contribute to the harvest survey.