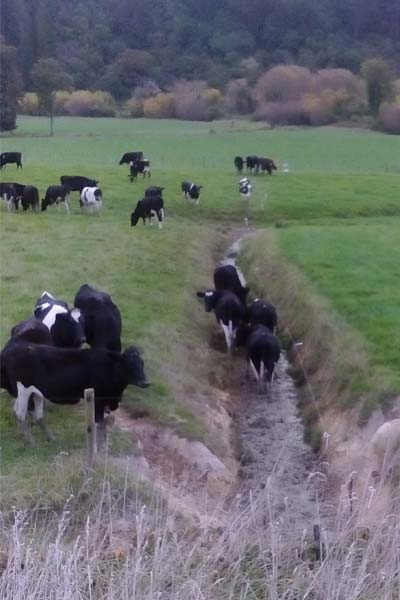 By the time you read this the Environment Select Committee will, hopefully, have been inundated with submissions from concerned anglers over the unintended ramifications of the Conservation (Indigenous Freshwater Fish) Amendment Bill.  In the same spirit of “you can’t play the blues on a full stomach”  (Eric Clapton) it often takes a crisis to shake us outdoor lovers out of our slumbers and unite us, whether it's this Bill, trout farming or inappropriate irrigation schemes. Thank you to everyone who found the time to submit, lobby, petition, write and email.

The current Government’s position on the state of our freshwater resources is worryingly similar to the previous one – irrigation schemes are still being funded, albeit less of them. All parties except the Greens are supporting a Bill to sacrifice public conservation land for the Lee Valley Dam near Nelson, poor forestry and dairy practices still proceed unchecked and foreign water bottling plants are exporting our freshwater in single-use plastic bottles.  All-in-all, it's business as usual.

It's no coincidence that whenever I fish a river alongside forestry or a dairy farm I more often than not see an industry that is still failing in its environmental responsibilities. Farming is the backbone of New Zealand and long may this continue but there are still too many bad practices out there.

Since the start of the 2017-18 fishing season to this month (October), I have witnessed the following:

Feel free to view some of the photos, like the one above, on the NZFFA website here  I encourage all anglers to send me photos of similar delinquency to me; publishing these are a small part of the wider pressure from anglers, farmers and members of the public to weed out the bad practitioners and up the pressure on the milk companies and dairy industry lobby groups to start to take action, rather than defending their fiefdom at any cost.