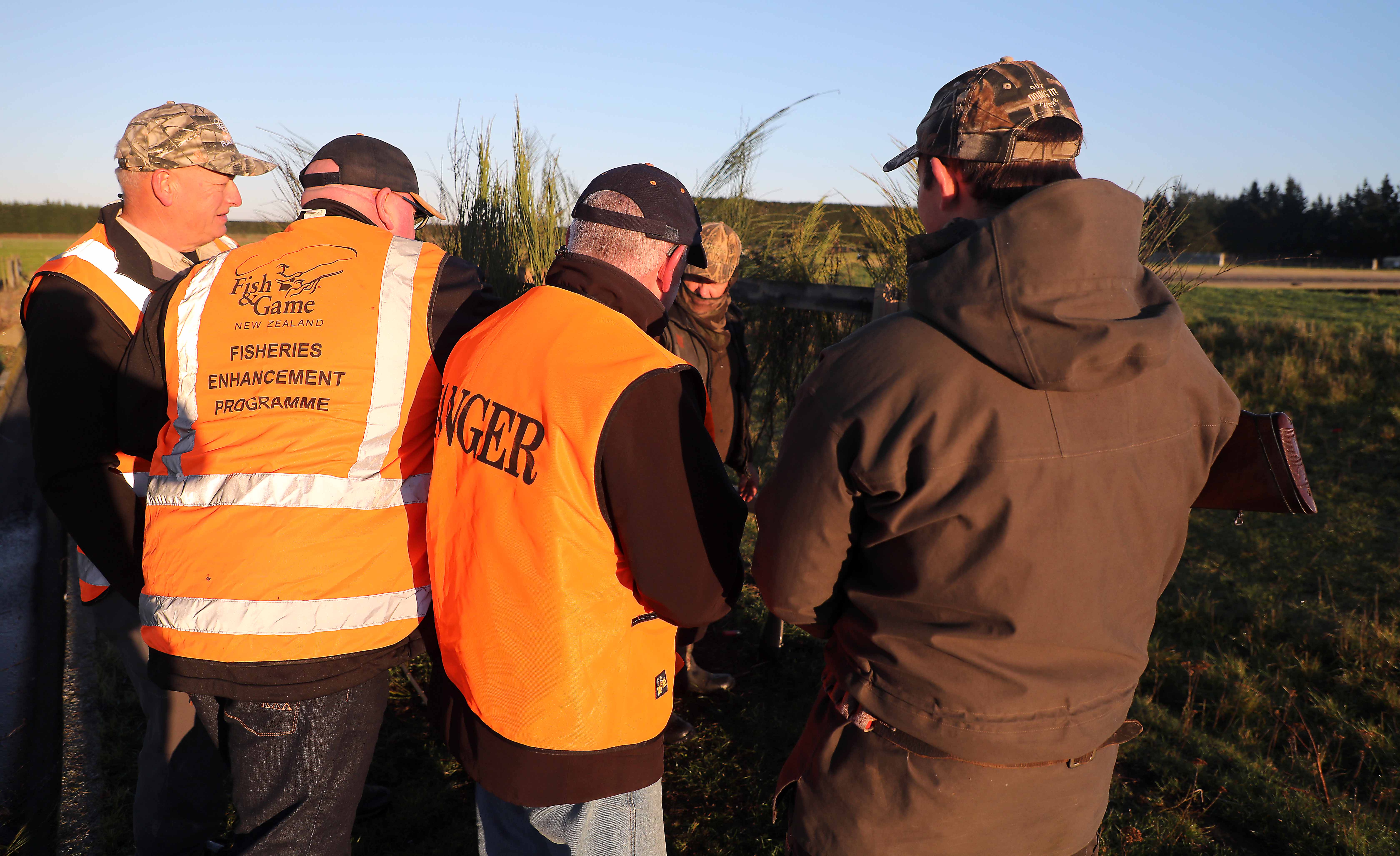 Game bird hunters have been applauded for a “safe and happy” start to the new hunting season this weekend.

Thousands of game bird hunters have turned out for the start of a new hunting season yesterday (May 6)  and early this morning in what is shaping up to be an excellent season.

Fish & Game communications manager Don Rood says that so far there’ve been no reports of any serious, or even more minor incidents, “which is hugely encouraging and we hope of course, that hunters can keep it up.”

Mr Rood says that with an estimated near 40,000 licensed game bird hunters, it is a relief to have everyone make it home safe and happy from Opening Day – regardless of how many birds they’ve managed to harvest.

“Fish & Game worked with Mountain Safety Council in a concerted effort to drive home the key messages,” he says.

We helped in the filming of a Mountain Safety Council video which, it must be said, tells a rather dark story of a tragic accident.

“It’s a cautionary tale may well have prompted a number of folk to look hard at their safety procedures and practice.”

Most hunters know full well the seven rules for firearm safety but sometimes a little complacency can set in and a sharp reminder is all that is needed, he says.

“A couple of key messages are that when walking in to your hunting possie your shotgun should never be loaded.

“When climbing a fence, reach through and place the gun on the ground first.”

There were also risks in the often cramped conditions of maimais.

“Being safe in the maimai means of course making sure your hunting mates are well clear before firing, and checking your firing zone.” 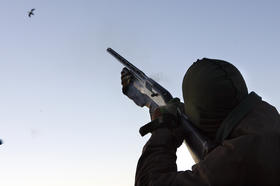 A crucial safety rule...always make sure your firing zone is clear.

The fine clear weather across most of New Zealand made the start of the season hard work in many areas – but this was balanced by an abundance of ducks in parts of both islands.

There is always variation but some areas were a standout - hunters achieving limit bags quite quickly, Mr Rood says.

Some of the best hunting reports, and not unusual for Opening Weekend, emerged from the South Island.

In the Ida Valley near Alexandra in central Otago hunters had achieved “very good success,” with one group harvesting 40 mallard ducks in fine calm conditions. The birds had been “fat and healthy.”

Another group in the same area had harvested 40 paradise shelduck by 8.30am. “That’s a lot of excellent wild game to be shared around families and friends.”

In the North Island, field officers in the Waikato reported seeing thousands of ducks on opening morning, bearing out Fish & Game’s monitoring which indicated excellent breeding conditions with the wet spring and summer.

Fish & Game Auckland / Waikato manager Ben Wilson says it was an “excellent start” to the new season with duck numbers well up on previous years, and hunters “who seemed to be happy” showing a high level of compliance with the regulations.

Across in the Bay of Plenty, reports were still coming in from officers out in the field but the Kaituna reserve near Te Puke had shot “superbly well” with some hunters getting their limits by 9.30am.

In Taranaki field officers told of seeing “lots of ducks but few hunters.” One pair of hunters hunting south of Inglewood told Stuff.co.nz the “sky had been black with ducks.”