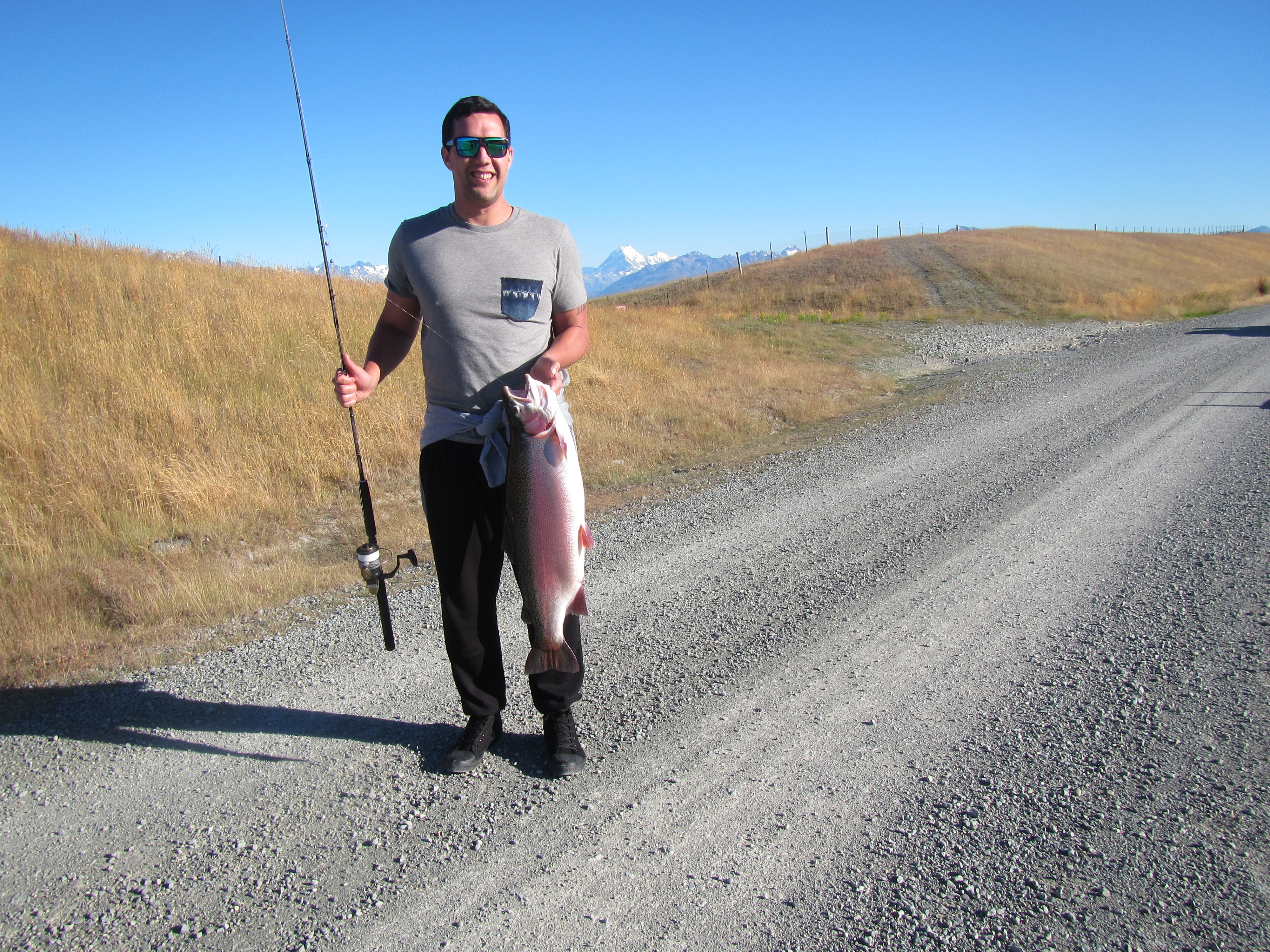 Is it too soon to suggest that summer may have arrived at last?! Well almost…While every second day here in South Canterbury seems to result in ‘clag’ rolling in off the sea, there have been some promising signs. A friend was fishing in the Tekapo Canal at 10pm a few nights ago and reported a temperature in the high twenties – balmy indeed.

Lowland streams have finally settled down to near normal summer levels now and unless there is a prolonged spell of very hot, dry weather Fish & Game staff won’t have to race around rescuing fish stranded in disconnected stretches of some rivers. Sadly, this has been a common scenario in some recent summers.

Much to this writer’s huge relief, fish are turning up in decent numbers in some places where I’ve struggled to find them this season. Recent visits to both the middle and lower stretches of both the Opihi and Tengawai rivers have revealed reasonable if not spectacular numbers of fish. At last too there is some decent surface activity. Whether the fish have been there all along but not showing themselves or have recently moved up from the lower reaches is a moot point. Brown trout do have the ability to remain undetected if they want to though.

A trickle of salmon have been moving into the Rangitata, Opihi and Waitaki rivers. Just yesterday I saw a good-sized salmon ‘porpoise’ in the Opihi gut while I was fishing for kahawai. One of my companions also reported seeing one, right in the waves. February is traditionally the month for the best Chinook runs so it may well be time to dust off the zeddies and give it a go.

Lake fishers have reported wide ranging results. One dedicated Lake Tekapo troller has been very disappointed with his efforts this season reporting that the fish have been scarce and rather on the small side compared to last season. Hopefully this is a temporary aberration. On the plus side Lake Benmore has produced some good bags of well-conditioned fish.

February is the real start of terrestrial emergences in the high country. Cicada, grasshopper and even blowfly patterns come into their own on hot windy days. Even if fish aren’t showing, just the sight of one of these will often induce even the cagiest brown to come up off the bottom or out of the undercut bank. Cicadas especially are often irresistible.

Serious canal fishers are still pulling out some mega-sized trout and quite a few nice salmon as well. A week ago I accompanied a UK-based Kiwi friend here on holiday to the Tekapo Canal. Jamaine (top right) had never caught anything bigger than spotties off the Motueka wharf before, so when he hooked up just five minutes after starting fishing there was considerable excitement. When he landed a superb 19lb rainbow it was time for much jubilation. Not long after he followed up with a smaller rainbow. Guess who went fishless!

Remember to check the regulations wherever you are. Some anglers seem to consider that licences and bag limits don’t apply to them. Be aware of the special regulations that apply to fishing around river mouths and those pertaining to legal lures and baits.

Summer is a great time for fishing in this region. Go get ‘em.