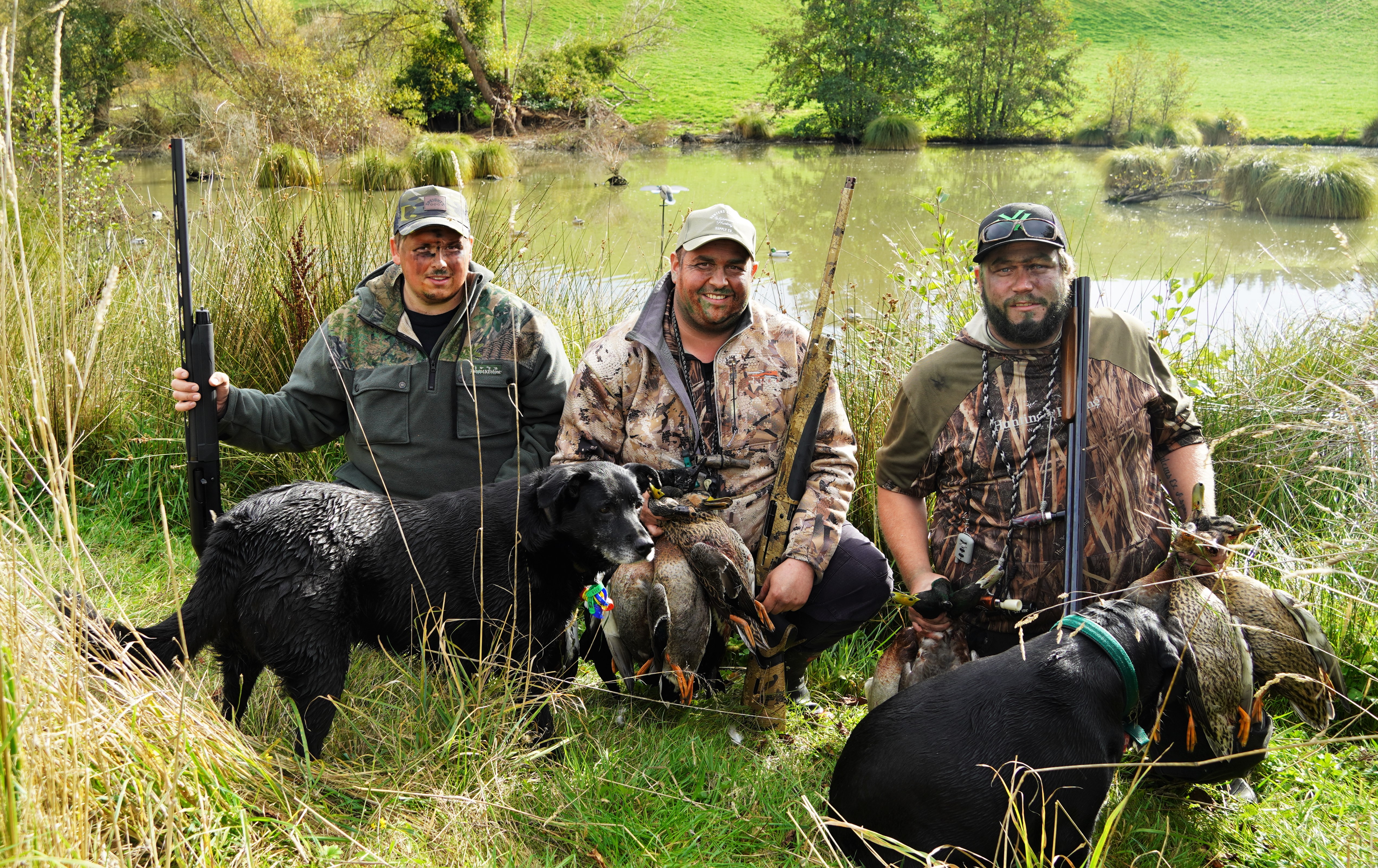 Fine weather and light wind has again favoured the ducks on opening day of the game bird season in Otago.

Duck hunters came from as far away as Perth, Australia, and throughout New Zealand for the region’s season opening on Saturday (May 7).

“Many harvests were in light to average numbers and dominated by paradise shelducks,” Otago Fish & Game officer Bruce Quirey said.

“As always, there were notable exceptions as some hunters on rivers and large ponds bagged their limit of mallards.”

Rain on Sunday improved hunting conditions by encouraging the waterfowl to move about and fly low. Hunters will welcome the forecast for rain and southerlies on Monday and Tuesday.

Above Right: Duck hunters (from left) Craig Hayward, of Mosgiel, and brothers James Mason, of Winton, and Michael Mason, of Milton, bagged a feed of mallards at Ashley Downs, in South Otago, on Saturday. PHOTO: IAN HADLAND, OTAGO FISH & GAME

Fish & Game rangers patrolled across Otago on opening day, in many cases with support from police.

“We are pleased the vast majority of duck hunters are following the rules this season,” he said. 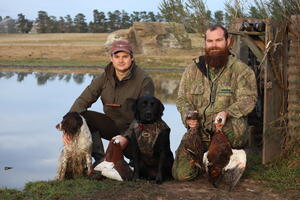 Opening day was a success for duck hunters Jake McDonald (left) and Ben Beck, both of Dunedin, with springer Spaniel Miley and Labrador Pip at a maimai at Sutton on Saturday (May 7). PHOTO: BRUCE QUIREY, OTAGO FISH & GAME

“However, we’re also disappointed in a small number of hunters who have let others down.”

Rangers accompanied by police seized a total of four firearms for regulation offences on Saturday.

Firearms were seized from two hunters for leaving loaded shotguns unattended in a maimai and for shooting with lead near water.

Two other hunters had firearms seized and were issued infringement notices for hunting without game bird licences.

The season for mallard, grey and shoveller ducks and, in some areas, black swans continues for three months.