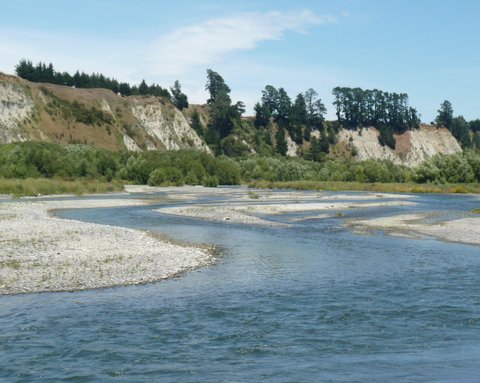 Fish & Game is disappointed the Hawke’s Bay Regional Council is opposing a Water Conservation Order to protect the Ngaruroro and Clive Rivers.

The Hawke’s Bay Regional Council voted on Tuesday to oppose the Water Conservation Order and says it will be making a submission against it.

“It is incredibly disappointing an elected body like the Hawke’s Bay Regional Council would fail to see the merit in protecting a great river like the Ngaruroro, especially when the Water Conservation Order is backed by local iwi, recreation and environmental organisations.

“It needs to heed the mood of New Zealanders who are increasingly upset at how their waterways are being drained, polluted and abused.

“Hawke’s Bay residents are no different in their desire for swimmable rivers and the council should note that,” Don Rood says.

“Fish & Game is pleased the Independent Special Tribunal appointed by the Minister for the Environment is now underway so the evidence and arguments can be properly tested.”

Don Rood says the council’s decision to fight the WCO is all the more baffling because only last week, it put a freeze on new water consents for the Heretaunga Plains saying current takes are at the limit of what is environmentally acceptable.

“Only a few days ago, the council’s own chair was quoted as saying it’s clear that at the height of summer, more water is being taken from the Heretaunga aquifer than its streams and rivers can cope with.

“The Council can’t have it both ways.  If it says the present situation is environmentally unacceptable, then it needs to bite the bullet and provide the strong leadership necessary to ensure the environment and community are protected,” he says.

A Water Conservation Order protects rivers or other water bodies that are nationally outstanding – similar to National Parks.  If the Ngaruroro application is approved, it will be only the 16th for the whole of New Zealand.

Once the submissions are considered, the Special Tribunal will hold a hearing and write a report, including a recommendation on whether to grant the Water Conservation Order, and if so, on what terms.

The final decision will be made by the Minister for the Environment.