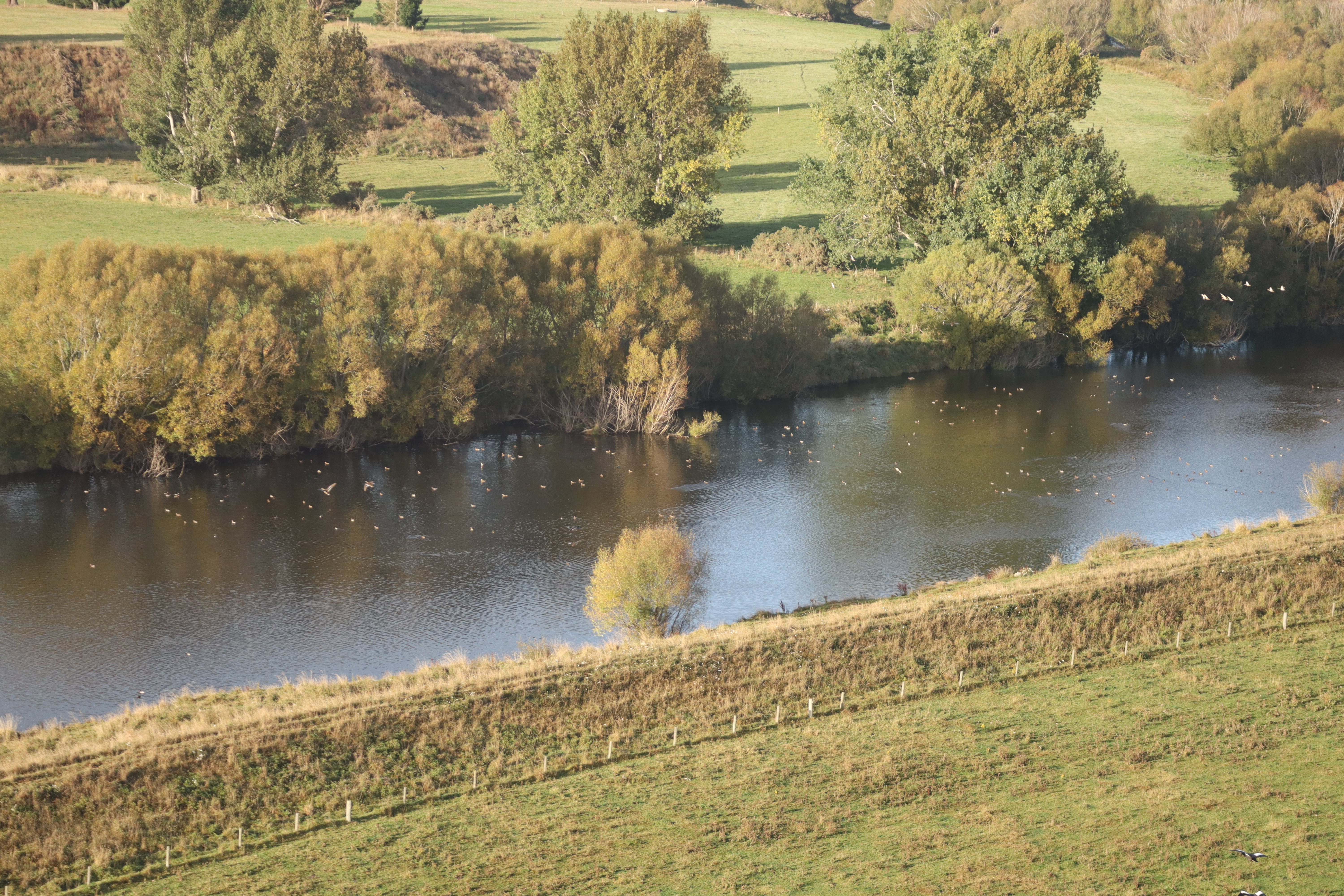 Thousands of mallards have flocked to rivers in Otago and Southland only weeks before opening weekend of the 2022 game bird season.

It comes as many parts of Otago and Southland endure a dry autumn following a good duck-breeding season in the wet spring.

“The counts this year have been a standout,” Otago Fish & Game officer Paul van Klink said.

The total mallard count in Otago skyrocketed to more than 10,400 birds, the highest since aerial monitoring began in 2015. This compared with last year’s trend count of 5600 mallards.

In Southland, the mallard monitoring data is still being processed but everything is pointing towards a larger than usual population.

Above Right: A large raft of mallards is observed on the Taieri River during the 2022 aerial survey. PHOTO: OTAGO FISH & GAME

Large rafts of mallards were concentrated on rivers, especially the Taieri, Pomahaka and Clutha in Otago and the lower Aparima, Mataura and Waiau in Southland.

Some ponds also supported high numbers. One pond near Ashley Downs had more than 900 mallards and a pond in Balfour had over 2000 mallards. Several ponds had no ducks or were dry.

“We can’t categorically say there are more ducks in South Otago but the trend is higher than previous years for sure,” Mr van Klink said.

“Given the number of variables like dry weather and food availability such as grain crop paddocks, it may just be because the birds were all grouped rather than spread out over larger areas.”

However, higher numbers are likely due to favourable spring breeding conditions.

More rain is expected before opening weekend and will change food availability, dispersing mallards across Otago and Southland.

The game bird season opens on Saturday, May 7.