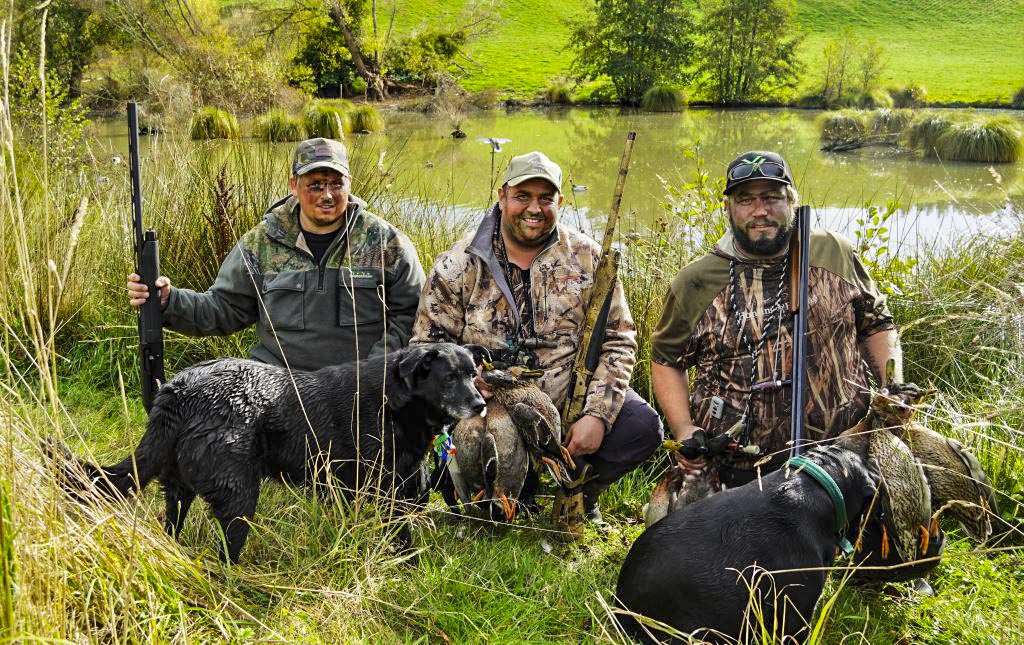 Plenty of waterfowl still to harvest

This was despite strong mallard and paradise shelduck trend counts before the season opened.

Hunters’ total bags were down slightly by one bird compared with the five-year average.

The average greylard bag (mallards and grey ducks) was 8.3 birds, almost two down.

But parrie bags were up by almost a bird per hunter.

Otago game bird licence holders who harvested seven or more greylards in the region on opening weekend were in the top 50% of hunters.

Fine weather played a major part in the opening weekend success rate being slightly down.

The good news is waterfowlers have the rest of the three-month season to harvest food for the table.

Rangers in Otago encountered duck hunters from as far away as Perth and throughout New Zealand.

Hunters spent an average of nearly 11 hours in the maimai on opening weekend. This was about an hour less than the five-year average and could be explained by fewer hunters going out on Sunday. 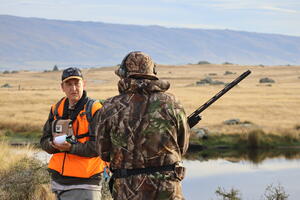 We were pleased to find about 95% of game bird hunters in Otago were compliant with the regulations on opening weekend.

However, a small number of hunters let others down.

Two firearms were seized after they were left unattended and loaded in a maimai inland of Palmerston.

Rangers issued those hunters infringement notices for shooting with lead near water. The matter of unattended firearms is under police investigation.

Two other hunters had their firearms seized and were issued infringement notices for hunting without game bird licences.

The season for greylards and shovellers and, in some areas, black swans continues until July 31.

Knowing how to set decoys correctly is a key to successful waterfowling.

- Setting decoy species that are present in your area.

- How to group the different species.

- Why shovelers decoys aren’t necessary but can still be useful.

- Avoiding frost or dew on decoys. 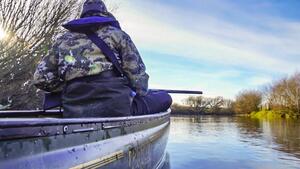 Drift shooting on the Clutha River opened on May 16.

Harvesting birds from an unmoored rowboat is closed in the Clutha for the first week and first two weekends of the season to allow shore-based hunters some undisturbed hunting for the first couple of weekends.

Alongside the standard firearms safety, be extra vigilant with water safety.

Don’t store heavy ammunition in your pockets, and always wear a lifejacket. Inflatable lifejackets are perfect for this, as they are less bulky and won’t affect your shotgun mounting. 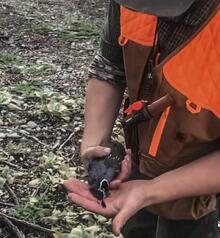 Bring on the upland game bird season, which opens this year on May 29. Photo: Ben Sowry, Otago Fish & Game

The last Sunday of May marks the opening of the upland game bird season in Otago.

The quail, chukar and pheasant season opens on May 29. Many hunters will be grabbing the hounds, smoothbores and Hi-Viz and heading into the dry country to chase these fast-flying and exquisite-tasting birds.

Californian quail are our most abundant upland bird species in Otago and are widespread inland.

Using clay target ammunition with #7.5 pellets will create a dense spread to harvest these fast and often frustrating birds.

Ringneck pheasant and chukar are found in pockets around Otago too, with some dedicated hunters targeting these challenging birds.

Due to their secretive nature and tendency to hide, a trained gun dog is almost a necessity for these birds.

Remember to take some water for the dogs when out there.

Although it can be cold, these dogs are racing around all day.

As this is often far from waterways, carry some water to keep them well hydrated throughout the hunt.

A significant amount of upland bird hunting is found on private land, so hunters are encouraged to approach landowners directly for access.

Otago Fish and Game staff are often contacted by hunters regarding access to hunting areas.

Hunters are reminded to contact local landowners, however, to notify them of your intentions.

As for access to private property, the only way for this is directly approaching the landowners.

For obvious reasons, landowners aren’t too keen on having strangers with guns roaming around on their property.

Fish & Game can’t organise this access on your behalf ─ so it’s up to you to knock on the doors!

Teach a friend to keep your hunting traditions alive 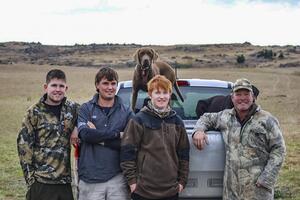 Opening day was a family affair for the O’Neills as (from left) Brendan, cousin Sam, brother Jack and dad Peter headed back to their Middlemarch maimai for an evening shoot after morning success. Photo: Bruce Quirey, Otago Fish & Game

Why not take a friend or family member hunting this season to have a go?

Encouraging and teaching others to take part in game bird hunting is one of the most important ways to keep our traditions alive.

Game bird hunting remains as legitimate today as it was 100 years ago. Let’s each do our bit to keep it that way.

Posted in Both Barrels, Hunting; Tagged Hunting Posted 38 days ago by Default Admin