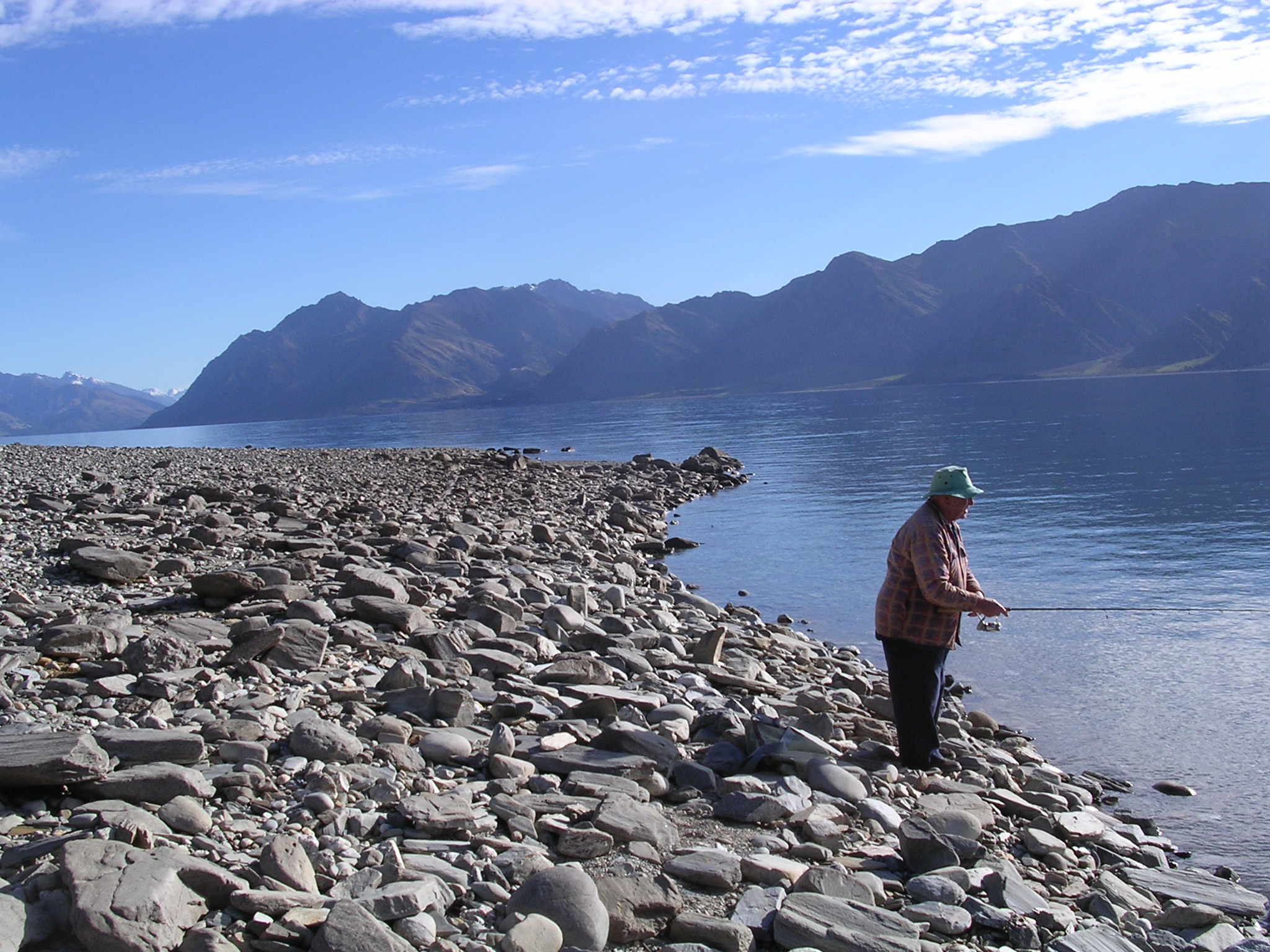 March was an unusual month - windy with periods of rain and the occasional calm spell that gave anglers a chance to get out on the water.

Most anglers hoping to catch a sea-run salmon this past month found the fishing hard. There was an absence of anglers at the Roxburgh Dam - but don’t give up yet, as a late run might surprise.

Above right: A Perfect day at Lake Hawea.

There has been reports of some nice salmon caught in Dunedin harbour to the delight of local anglers.

Further inland, landlocked salmon have been congregating at river mouths in preparation for spawning runs so heading into Easter the chances of catching a few were likely.

Deep trolling around the large river mouths such as the Matukituki and Makarora is recommended and there is the chance of picking up some very nice-conditioned trout.

The major lakes continue to fish well and we expected them to receive considerable angling pressure over the Easter holiday period.

Heads should be quickly frozen complete with details of their weight and length if possible, and where they were caught.

Staff are presently summarising around 50 public submissions on the Anglers Notice and will report their findings to the Otago Fish and Game Council meeting on April 19, so keep an eye on the local media for the outcome. 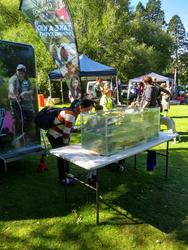 Several brown trout (year class from 8 months to two year-olds) plus some koura were captured and put on show in a live tank display.

Roughly 2000 people turned out to the 2018 CreekFest held at Chingford Park on Sunday, March 18.

The event is held annually and was run by the Northeast Valley Community Group.

It was a day of music, art, science and education. Steven Dixon from the Otago Fish & Game Council ran an E/F demonstration in Lindsay Creek to show the Valley and Dunedin City residents what lived in the waterway.

People were surprised at what was revealed!