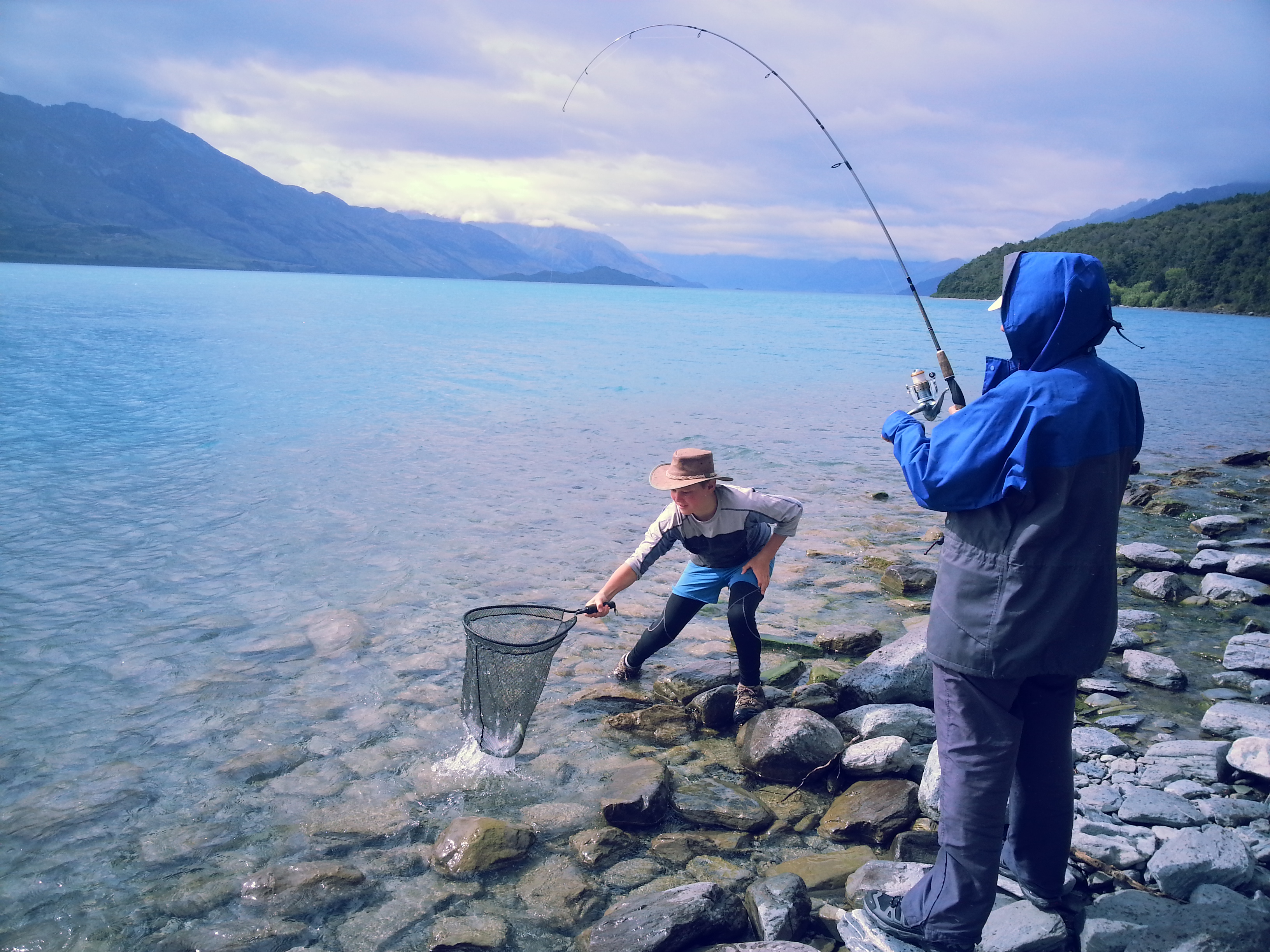 Autumn on the rise

January was one of the hottest on record with February probably the coolest.

The rain with the arrival of cyclone Gita certainly gave rivers a serious flush, a much needed top up for the main lakes plus snow on the tops, but let’s hope summer hasn’t passed us by just yet.

Above: Anglers on the shore of Lake Wakatipu taking advantage of the healthy salmon population.

The cicada season never really got into full action but there were reports of some good fishing at Lake Onslow and Loganburn Reservoir.

March is always a great month for fishing in the Otago Region.

A falling barometer and drizzly evening will match up for some great entertainment.

Across the region fish will actively feed in the lead up to winter. They will be nearing peak condition and it's always a great time to bag one or two for the pan. 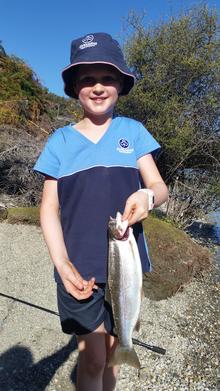 Recently Fish & Game Officer Paul van Klink had the pleasure of taking several Girl Guides and their eager supporters to the Wanaka Outlet for some fishing tuition with the hope of hooking one.

The evening was clear with little wind and the river in superb condition. The young aspiring anglers were casting well and enjoying their experience when there was a yell of joy.

A well-conditioned rainbow trout was played to the bank.

A great way to end an awesome evening and thanks to Paul for his encouraging work.

The fishing section of the Alexandra District Club held their annual TAKF event on a local orchard dam at Earnscleugh on Sunday February 11.

One hundred and thirty children and supporters lined the bank of the fishery for four hours in drizzly conditions that didn't deter the young anglers.

Around 70 fish were caught for the morning which was a great effort.

The biggest, a rainbow, weighed 1.77kgs.

The kids were treated to a range of goodies followed up with a barbecue lunch.

Well done to the organisers and a big thanks to the sponsors and parents for their wonderful support!

Anglers have until Monday March 5 to place feedback on the fishing regulations for the Otago Region.

To date, around 40 submissions have been received with a range of opinions from anglers.

Visit the Otago section on this website to obtain the review and submission details.