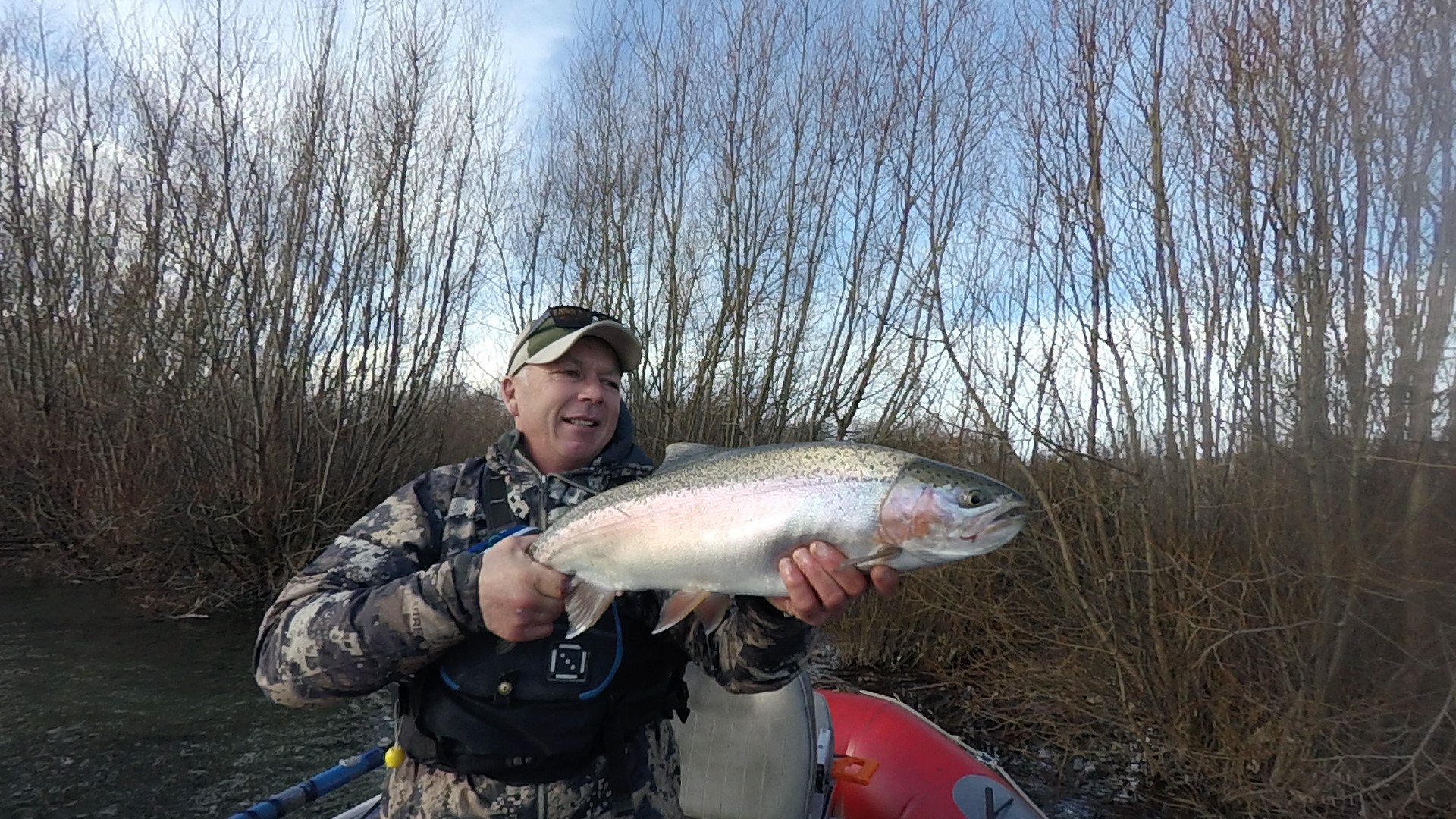 Awesome winter fishing with the best to come!

All the main lakes have been fishing well with reports of fat fish and enjoyable angling.

Above right: Greg Dougherty of Wanaka with a fine Upper Clutha rainbow.

The Lake Dunstan spawning run has been producing some amazing fish over four kilograms and according to the locals the upper river has been fishing particularly well.

The spring is always a good time to target river mouth rainbows. A falling barometer before a front is a good time to explore as fish get active in preparation for their spawning migration.

Flies including red setter, rabbit and bully patterns are worth trying.

Spinning in the evening with small dark lures is recommended.

Lowland coastal rivers and estuaries are great places to target trout that will be gorging themselves on whitebait. Use smallish lure patterns, soft baits are deadly.

Changes to the fishing regs 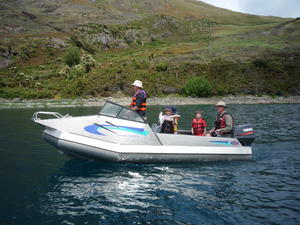 Taking the kids fishing at Lake Hawea with fish on board

There are several changes to the regulations for the Otago Region starting from October 1.

Lakes Dunstan, Hawea, Wanaka and Wakatipu have a reduced bag to two trout and four salmon per day.

Clutha River upstream of the Clyde Dam, Hawea, Kawarau and Shotover Rivers have a reduced bag of two trout and four  salmon per day.

2. Bag limits downstream of the Clyde Dam and lowland rivers

All waters previously with bag limits of six per day have been reduced to four trout and for those with sea-run salmon, an additional two salmon per day is permitted. (4 trout and 2 salmon).

The exceptions are - the Waiwera River has been reduced to two trout per day and Lake Onslow remains at 10 trout per day.

All waters previously with bag limits of three fish per day have been reduced to two  trout, and two salmon can be taken as well if they are present.

The daily bag has been reduced to four fish with season length and methods remaining the same.

The river upstream of the Switzers Road Bridge is now a designated backcountry (BC) fishery requiring a BC licence and mandatory whole season licence. Permitted methods are fly and spin with a bag limit of one trout and two salmon.

There are now nine (9) designated backcountry fisheries within the Otago Region.

Downstream of Switzers Road Bridge to the confluence with the Clutha River the bag limit has been reduced to four trout and two salmon with no change to season lengths and methods.

All Lakes, rivers and streams upstream of the Clyde Dam not mentioned in Section 2.3 of the regulations have an open season from November 1 to May 31, with permitted methods fly and spin and a one trout limit per day. No salmon are allowed to be caught.

All lakes, rivers and streams downstream of the Clyde Dam not mentioned in Section 2.3 of the regulations have an open season from October 1 to April 30 with permitted methods fly, spin and bait, with a two trout limit per day. No salmon can be caught.

There has been some editing of boat regulations for clarity.

Multiple hooks are not permitted in backcountry fisheries. The new regulation reads:

4.2 The use of authorised lures with multiple hooks in a backcountry fishery is prohibited (refer to clause 11 of this part of the notice)

Note: this does not preclude anglers from using up to 3 flies or lures as stated in the First Schedule of the regulations clause 3.3.2

Anglers are advised to read their regulation guide carefully prior to the start of the new season.