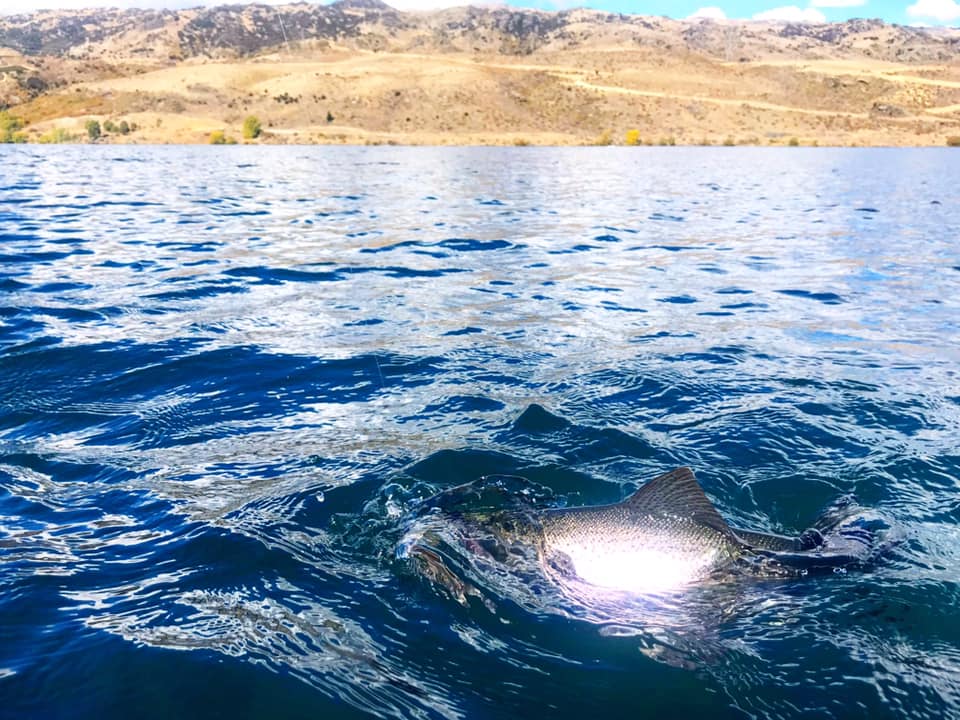 Changing of the seasons

Anglers might be surprised how many places in Otago are open to fish over winter.

These include lakes Wanaka, Wakatipu, Hawea and Dunstan.

To be fair, lake fishing does tend to slow down as browns move into spawning zones in the colder months but are assured maiden fish and other non-spawning trout can still be coaxed onto the end of your line.

Most parts of the Clutha River, excluding Deans Bank, are open year-round to fishing.

Lower sections of many rivers can also be fished over winter.

The Clutha and Kawarau rivers have good runs of fish during the cold months.

Freshwater fishing on lowland waters takes a break for winter at the end of April.

Blakelys and Rutherford dams on the Maniototo have already closed.

There will still be fishing opportunities on backcountry fisheries until May 31, giving anglers a chance to chase fish migrating towards tributaries before spawning.

Most of these fish will be in prime condition.

Otago enjoyed a very good season by many accounts after a somewhat shaky start with the weather.

Fish have been in good condition.

Summer holiday anglers had to contend with flooding around the new year, which left its mark on many areas.

Favourite pools and banks got thoroughly worked over in the torrent.

But the Pomahaka River bounced back to turn on some classic late summer and autumn angling and the Taieri River produced good-conditioned fish throughout its length.

With the borders closed, a lot of New Zealanders have grabbed the opportunity to go fishing while they have the water to themselves.

More fly-fishing anglers are starting to use spey rods to cast further across and down rivers.

Before heading out, check the Otago 2020-21 fishing regulations specific to the fishery you want to target. Winter licences are available from April 1-September 30 and can be bought online at  https://fishandgame.eyede.com.

Above Right: Static nymph fly-fishing around weed edges and holes can be deadly on Lake Dunstan rainbows. PHOTO: BEN SOWRY 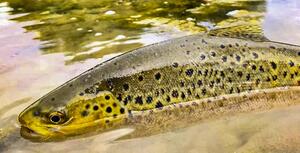 The Manuherikia River is among the lowland fisheries which close on April 30. Anglers can shift their attention to backcountry brown trout until the end of May. PHOTO: BEN SOWRY

Browns have been seen on their spawning run around the region, heading out from the lakes and larger rivers into tributaries.

Most fish are holding up in pools, and not seriously feeding.

The occasional fish may be taken on a nymph, but a more successful tactic is to incite an aggressive take from the fish.

Large streamers, such as woolly buggers and rabbit flies, especially in black, can be cast across the river and allowed to sink before swung across the current.

River-mouth fishing on the big lakes can be spectacular in winter.

Rainbows will be starting to head towards river mouths in the lakes, and trolling efforts should be concentrated around these areas.

Bright-coloured lures, such as hot pink or traffic light Tasmanian Devils, work well for these fish, fished near the bottom using lead lines.

Shore-based anglers spinning or fishing streamers on sinking likes should target the drop-off from the stream deltas.

The Upper Manorburn Lake has been fishing superbly, says a happy angler who has been visiting the tussock lakes for 15 years.

He landed good numbers of trout in outstanding condition, including one weighing the magic 10lb (4.5kg).

He was trolling Tasmanian devils and Rapala lures.

This angler says he pays careful attention to everything – the moon, weather conditions, boat speed, water depth, and weed beds.

However, he has found Lake Onslow more challenging, with shallower water and smaller fish playing hard to catch.

Lake snow is a sticky, biological mass made up of algae, most likely introduced from overseas.

Freshwater pests like lake snow or didymo can be spread by a single drop of water or plant fragment.

Fish & Game urges its licence-holders to check, clean and dry angling and hunting equipment to help combat the spread of the algae which causes lake snow.

If you are moving your boat from one lake to another, do the right thing every time and check, clean and dry.

You can spray your boat with a 5% solution of dishwashing detergent or nappy cleaner, or a 2% bleach solution.

Caddis appear to be coming back in good numbers on the Upper Clutha.

We have had anecdotal feedback that sedge hatches on the Upper Clutha have been as prolific as they were about 15 years ago, before didymo infestations.

It seems didymo has not been as prevalent this season. 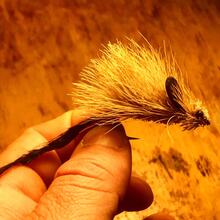 Trout are not shy at grabbing a mouse pattern under the stars. PHOTO: BEN SOWRY

Now that daylight saving has ended, what to do on those dark evenings?

You don’t have to stay home.

A method that’s been working well lately for one angler lately is to swing a mouse fly pattern across the current on lowland rivers, such as the lower Taieri.

Trout are opportunistic and not shy at grabbing a mouse pattern under the stars.

A streamer or lure swung across the current after dark can work just as well. 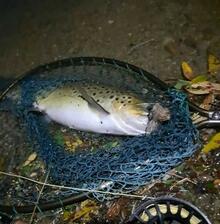 A mouse fly swung cross and down current at night was the undoing of this lowland river brown trout. PHOTO: TIM GIBSON

a mouse on top of the water is a good reward for a nocturnal adventure.

For safety reasons, you need to know your river.

We don’t advise wading at night.

Otago Fish & Game ran its inaugural Lower Clutha Trout Fishing Competition on March 27 – all in the name of research to enhance our fishery.

The competition is helping a Fish & Game research project to identify important spawning and rearing sites of brown trout in the lower Clutha catchment, supported by mitigation funding from Contact Energy.

Brown trout heads weighed in on the day were collected for analysis.

Their ear bones – otoliths – will be analysed in collaboration with the University of Otago, revealing where they spawned.

Anglers can help us with the brown trout origin study by giving us brown trout fish heads caught in the lower Clutha catchment.

Please bag and freeze the head, and record the length, total weight (whole and ungutted), date and location of capture.

This is the final issue of Reel Life for the 2020-21 fishing season.

We will be back shortly before the start of the 2021-22 fishing season on October 1.

If you’re taking a break off the water, winter is a great time to check, repair and renew fishing gear, tie flies or lures, practise casting skills, watch lots of YouTube … and dream big for next season.

Until the next issue of Reel Life, remember to follow the Otago Fish & Game Facebook page for updates.