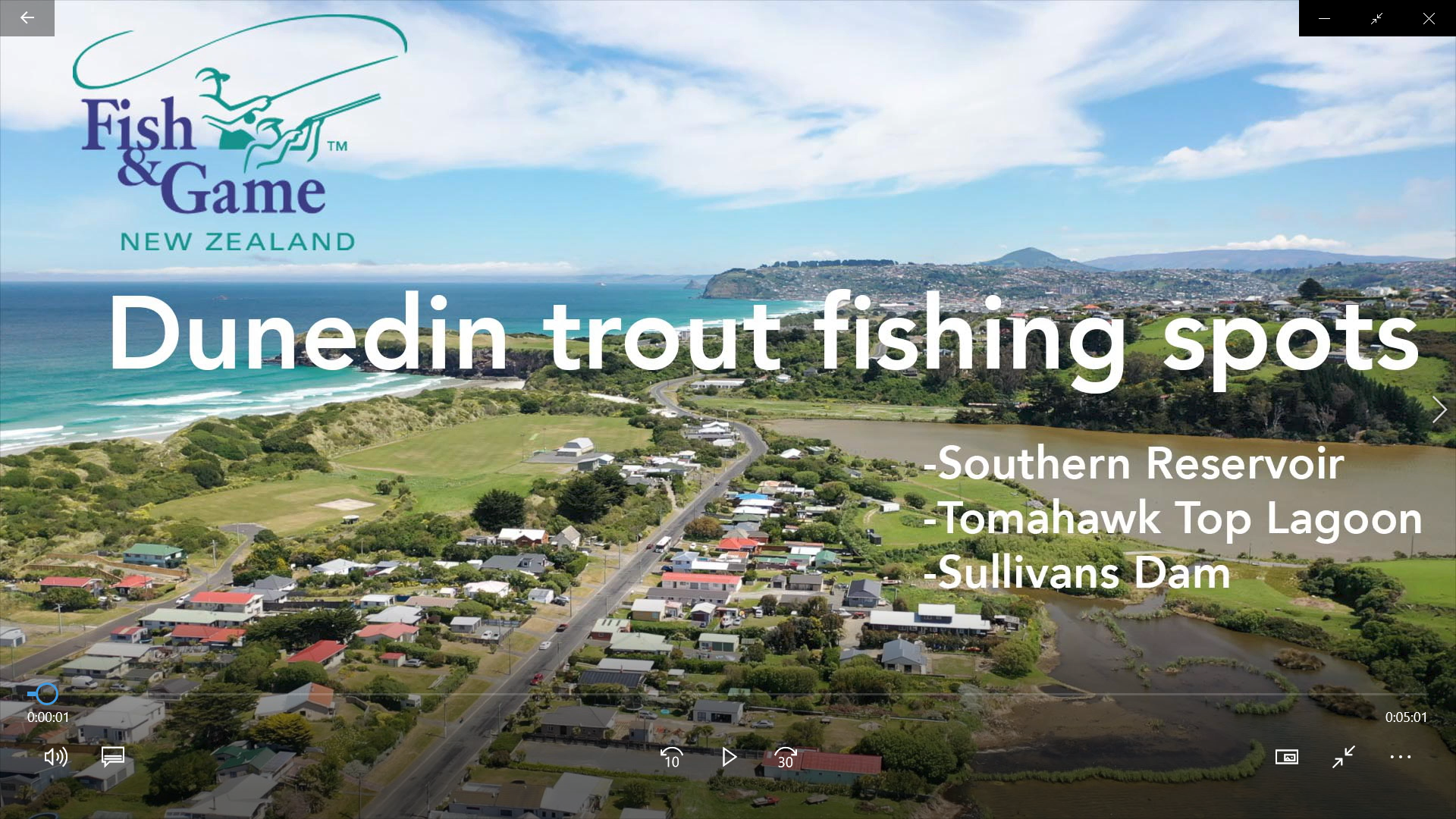 These are great places for beginner anglers and family outings.

All are stocked with hatchery-reared rainbow trout. There are also perch in Tomahawk.

Catch our three-part video series on fishing these locations on Facebook: https://www.facebook.com/Otagofishandgame 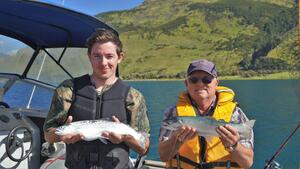 Otago Fish & Game staff and honorary rangers have been active over the summer holiday period.

We’re pleased most anglers are playing by the rules.

However, more than a dozen offence notices have been issued for fishing without a licence on our Central lakes since Christmas Eve.

Anglers found without a fishing licence face compliance action and having gear seized.

Excuses from anglers caught fishing without a licence have included they thought they could get away with it or they couldn’t be bothered.

Six offences were detected in one day at Lake Hawea. Rangers returned to Lake Hawea a few days later and found full compliance.

Fish & Game takes a consistent approach to all offences of fishing without a licence. Typically fishing gear is seized as evidence.

Rangers are also finding anglers who aren’t carrying their licence while fishing. Under the regulations, anglers must have a licence available to show a ranger when requested.

An easy way to show your licence is to either screenshot the receipt emailed to you, or to take a photo of your licence with your phone. 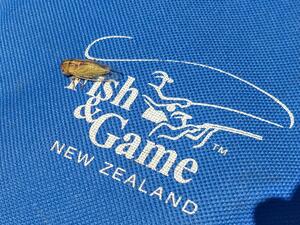 Cicadas are showing up at our high-country lakes.

The cicada hatch is a favourite time of summer for some anglers.

Cicadas have started to show up on our tussock lakes and backcountry rivers. The cicada hatch only lasts a few weeks at the peak of warm temperatures, so make the most of it before the weather cools.

Trout feeding on cicadas are usually caught on large green or brown dry fly imitations. The size and colour may vary depending on location.

If fly fishing, use a heavier tippet to turn these big critters over. Give them a twitch on the water. Then wait for action.

Spin anglers can fish a cicada pattern on a trace off a bubble float.

Don’t leave it too late in the day to start fishing. Last summer we heard of the fish on the tussock lakes going quiet after gorging themselves on cicadas all morning.

Using spinning gear, even with a fly, is not allowed in fly fishing only waters.

Check your regulation guide, or visit the website, for details on season length, legal methods, and any other regulations.

Things are hotting up 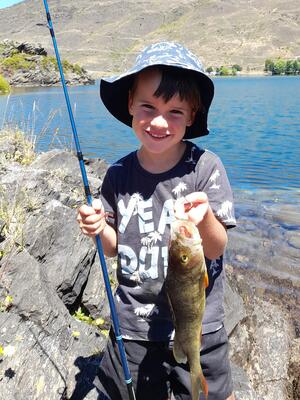 Sefton Stevens (5) was stoked when he managed to land his first fish, a perch, by himself at Lake Dunstan. Photo: Hamish Stevens

Since New Year, we’ve had a run of hot days and cool changes. Rivers and lake surfaces become warmer as summer marches on.

Trout and salmon prefer cool temperatures and will change their habits and locations accordingly.

In lakes they will move to deeper water. Trollers with downriggers and lead lines should fish deeper and slower to get down to trout and salmon. But they will still feed in shallows on last light.

If a river gets too warm, trout will drop back to deep pools, shelter under banks or lay in sunken channels.

One sports fish which likes warm temperatures is perch. These are plentiful in lakes and rivers an easy drive from most towns.

Near Dunedin try the lower Taieri River and the Waihola and Waipori wetlands.

Near Balclutha there’s the Clutha River and Lake Tuakitoto.

Fish your soft bait or lures slowly near objects such as weed beds, logs, rocks and undercut banks. 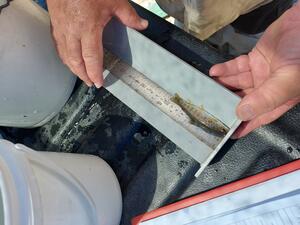 Understanding fisheries populations is crucial as we continue to advocate for the good management of our region’s waterways.

This summer Otago Fish & Game is monitoring fisheries populations in the Upper Taieri as part as our summer work programme.

We electrofished the mainstem of Kye Burn this week.

Good numbers of young of the year brown trout, and juvenile and adult roundhead galaxias, as well as several tuna/longfin eel were documented.

The river was looking very healthy and, although water temperatures were warm, flows were not too low.

Electrofishing is used to capture fish for environmental research.

A battery-powered backpack unit is used to emit an electric field in the water. Fish are drawn toward the anode at the end of a wand, through involuntary muscle movements, allowing them to be netted so they can be identified, counted and measured.

The least amount of current possible is used to ensure fish are stunned and not harmed.

Fish recover quickly and are returned to the stream.

Operators wear rubber waders to protect against shocking and units also have safety features to shut down when the anode is out of water or in case of the operator falls over.

The research is to update records of trout recruitment habitat for the upcoming Freshwater Management Units process in the Taieri catchment.