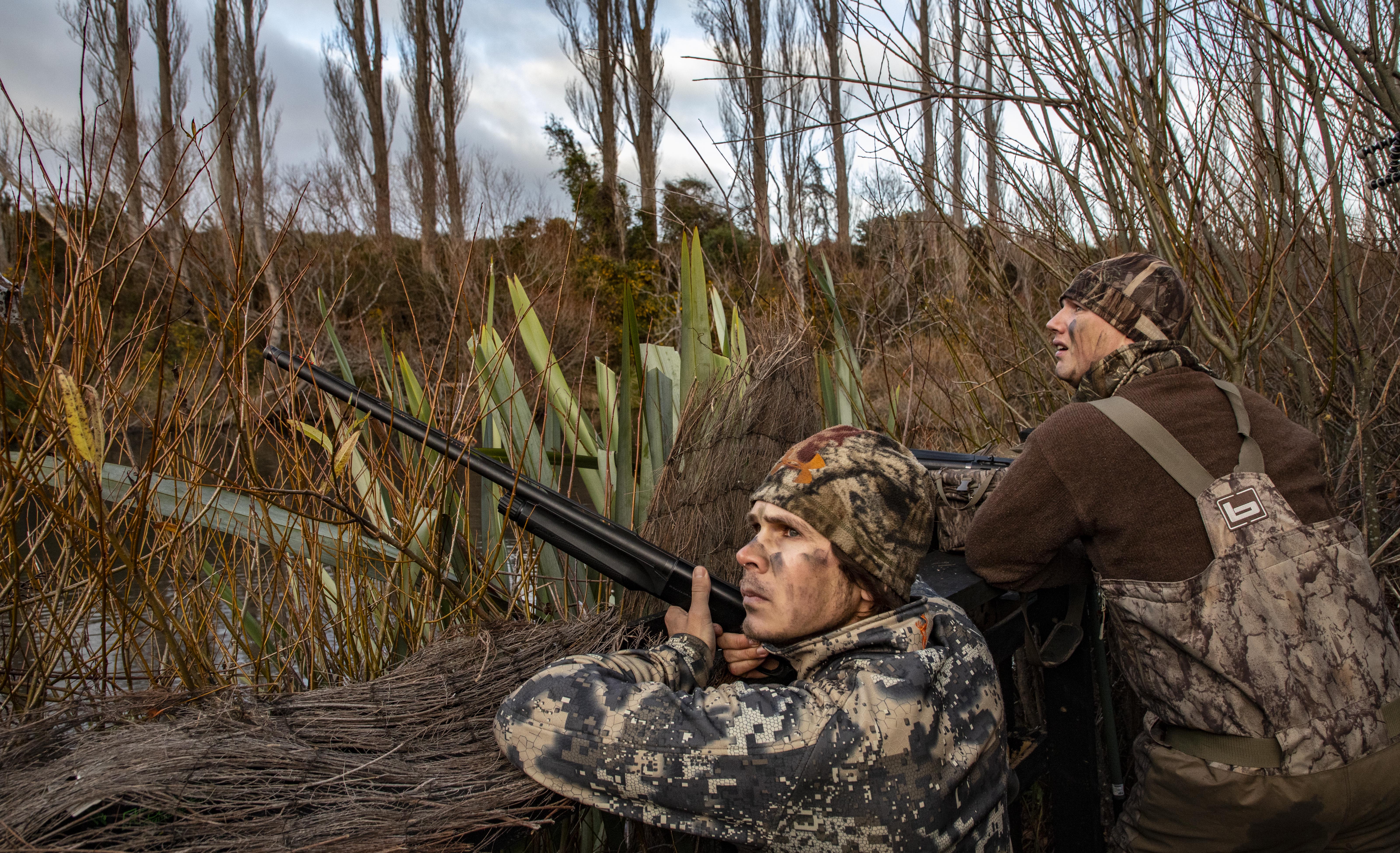 New Zealand was a hive of activity in the early hours today as thousands of hunters headed out before dawn to start the 2020 game bird hunting season.

The three-week delay to the season because of Covid-19 lockdown had failed to dampen the hunters enthusiasm, and Fish & Game Rangers across the country reported many happy hunters.

Hunters reported that the lead up to the delayed 2020 season start had been exciting, with the best numbers of birds seen frequenting their ponds in many years. Unfortunately, in regions affected by drought hunting birds was made harder by lack of water.

Reports from around the country today have reinforced this sentiment with large numbers of ducks seen moving around.

The Government’s decision to delay the start of the game bird season till after New Zealand moved into Alert Level 2 has enabled the cultural fabric of what is opening day to be maintained. Hunters have been positive in their feedback with how Fish & Game NZ has handled the Covid-19 crisis and enabled them to have a game bird season.

“This weekend is an important chance for thousands of New Zealand families to harvest some organic free-range kai for the table. In these economic times being able to provide good wholesome wild food for your family may take the pressure off some families in the months ahead” say Fish & Game NZ Chief Executive Martin Taylor.

“New Zealand has many places for hunters to gather game birds, and many regions benefit from “Duck Tourism”. Game bird seasons vary in length across the country so don’t be afraid to travel to a different region to increase your hunting opportunities and support the regional economy.”

The Byrne Family hunting in the Grey Valley, West Coast, on opening morning

In Taranaki, early cloud cover helped provide a good opening and while the day cleared to fine there's was still plenty of hunter activity on the bigger lakes.  Moderate bags of paradise and mallard duck for hunters were obtained.  Good numbers of mallards have been seen holding tight in un-shot smaller wetlands.

Meanwhile over in the Manawatu it was a beautiful day, light wind on the river. Good bag limits early on for hunters despite it being a better day for the ducks! Lots of hunters out enjoying opening morning meaning lots of birds were moving around.

Moving up north to Auckland/Waikato it was fine but with some fog hanging around in the Waikato.  Rangers accompanied by police and report 100% compliance. Hunters generally happy, pleased to be out, early days but a good start to the season.

In Northland it has been a bit quiet all morning with hazy skies and cold. Some large irrigation ponds have performed well for hunters. Rain and low cloud on Sunday should bring better results.

Lots of happy kids and families were out enjoying themselves in Otago, the conditions were sunny and little wind. Lots of ducks are about but are difficult at times to call them down. Hunters pleased to be finally out hunting and Rangers noted that Covid-19 rules were being followed and compliance is excellent so far.

In Hawkes Bay the weather was clear and calm which isn't ideal for duck hunting, but most hunters contacted have managed to bag a bird or two for the table. There were no issues with compliance and hunters have been very positive with most just happy to be able to get out for a hunt. Also a lot of positive feedback about how Fish & Game handled this year's season under Covid-19 restrictions.

It was pleasant weather for hunting in the Central South Island region with low cloud and a moderate breeze welcoming hunters in. Good numbers of birds were observed about. Most hunters were satisfied with bags of 2-10 mallards and paradise shelduck each by lunchtime. Fish & Game Rangers out in the Timaru district were disappointed to encounter a small number of individuals hunting without a licence.

Southland hunters saw plenty of ducks seen on Opening day, but the mostly still weather across the region made for trickier hunting, albeit perfect barbecuing weather. Overall, hunters were satisfied by the sheer numbers of ducks seen, and it was great seeing plenty of families out enjoying themselves with several hunters reporting limit bags. Southland Fish & Game Rangers covered the region well, and disappointingly reported several instances of hunting without a licence resulting in confiscated shotguns.

Weather conditions in North Canterbury for opening day turned out pretty good and hunters were out in large numbers, most reported that huge numbers of birds were trading in their vicinity. Open water bodies such as Lake Ellesmere shot well for the first couple of hours, many hunters commented that large numbers of birds were seen. Established ponds provided some very good hunting in many cases, bag numbers of around 30 to 70 birds per pond have been reported on these ponds. North Canterbury Fish & Game Rangers covered wide areas of the region, and compliance levels were exceptionally good, and hunters were in good spirits and just so grateful to finally be out there doing it.

Opening morning produced mixed bags on the West Coast a foggy start made for challenging grey and mallard shooting but those who done their scouting still typically found good success. A lot of visiting hunters made use of West Coast’s abundant paradise shelduck population with bag limits being reached. Especially those hunting over recently harvested maize, who had a fantastic morning with no shortage of parries. Hunters checked were relatively happy with their success and were pleased with the numbers of other hunters out. Some experienced hunters reported it was one of the noisiest opening mornings in recent years and as a result there were plenty of circulating birds around the valleys. Only one hunter found to be hunting without a licence, all other hunters were fully compliant and were pleased to see a Ranger.  For Rangers it was a fantastic morning out, with plenty of activity and no shortage of enthusiastic hunters to talk to.