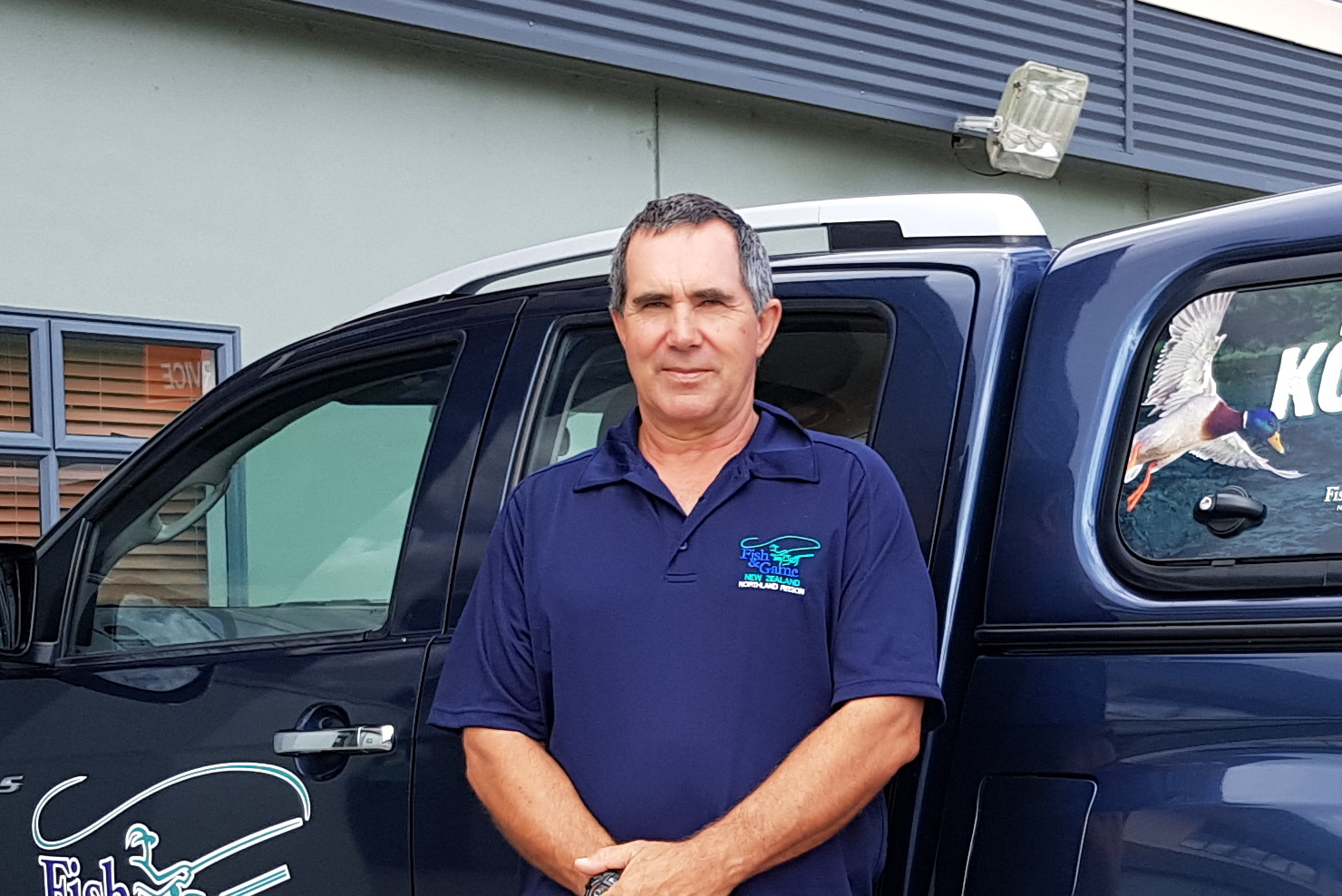 The new officer is local man John Macpherson who will be based in Kaitaia.  John has been a farm manager in the region and an Animal Control officer for the Far North District Council.

He is a keen game bird hunter, a member of the Far North Sport Shooting Club and a warranted firearms instructor for Mountain Safety.

John is affiliated to NgāiTakoto and on the board of the NgāiTakoto Fisheries Trust.

Fish & Game Northland Manager Rudi Hoetjes is delighted with John’s appointment and says he has wasted no time getting to grips with the demands of his new role.

Some of John’s focus will be on properties which have in the past few years been returned to iwi as part of Treaty Settlements on the Aupouri Peninsula, Mr Hoetjes says.

“Fish & Game hopes to see some of these wetlands restored to their natural state so they can once again become a habitat for all wildlife.”

“It is this practical hands on knowledge and established relationships which Fish & Game wants to build on to provide advice and management options to help control game birds causing damage to crops and pasture.

“In the long term this will hopefully lead to improved opportunities for hunter access.”

Rudi Hoetjes says John Macpherson’s experience and knowledge gained from his work as an Animal Control Officer will assist him in his compliance role with Fish & Game.

“We encourage locals, hunters and anglers in particular to go and meet John.  Everyone should feel free to drop into the office for a chat so John can learn of any current concerns or issues.”