Hunters - there are game birds still in season

The mallard season may seem like distant memory now but hopefully you managed to secure a good bag during the season.

Our hunter harvest survey is underway and while all the data isn’t in yet, we’ve had reports that the season has been similar to last year.

Committed hunters are still picking up good bags of paradise shelduck in Northland and the season for parries continues until August 6.

If you are looking for ideas on cooking your birds, don’t hesitate to contact your local butcher and you’ll be amazed at what can be produced from your hard-earned bag.

Do the orchardists a favour as the region’s citrus harvest is a prime target for pukeko near streams and wetlands.

Those who are busy planting out wetlands or river banks, target pukeko while you still have time – the season for pooks finishes on August 27. We have some interesting recipe ideas available from our office.

I have just returned from a staff conference in Dunedin and heard of some great game bird research being done by staff and scientists around the country. Please don’t hesitate to call the office to obtain further information on this work.

Some of this mallard research has focused on duckling survival and predator studies that will be of interest to Northland.

Camera traps have confirmed what a lot of hunters would have already assumed; feral cats are doing a lot of damage to mallard broods and are preying on nests at this time of the year. 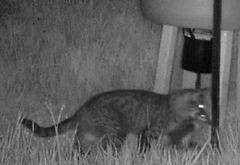 Targeting feral cats and mustelids can have a big impact on duck numbers.

There is a locally produced trap that is effective when set up and used correctly. The SA2 Kat Trap is a proven tool and can be found by contacting the Northland Regional Council Biosecurity Team or the manufacturer directly.

If you need further advice about pest control on your pond or creating mallard habitat, please don’t hesitate to contact our office.

Upland game is starting to come into its own and pheasant and quail are game that Northland specialises in.

There is still time in Area A to make the most of this opportunity. This area is all land north of Whangape Harbour, along the main ridgeline of the Maungataniwha Range and out to and including all lands north of the Whangaroa Harbour.

Hunting finishes in Area A on August 6 whereas for the rest of the region, it ends on August 27. 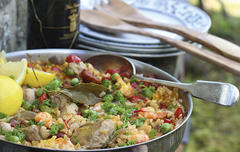 A recipe for hunters to try, is this winter warmer one pan wonder with a bit of Spanish flare, Chorizo, pheasant and prawn paella.

Don’t forget to substitute the prawns for some Northland seafood that you may have harvested.

Mussels and snapper would go really well in this too and maybe the chorizo could be swapped for some flavoursome wild pork sausages.