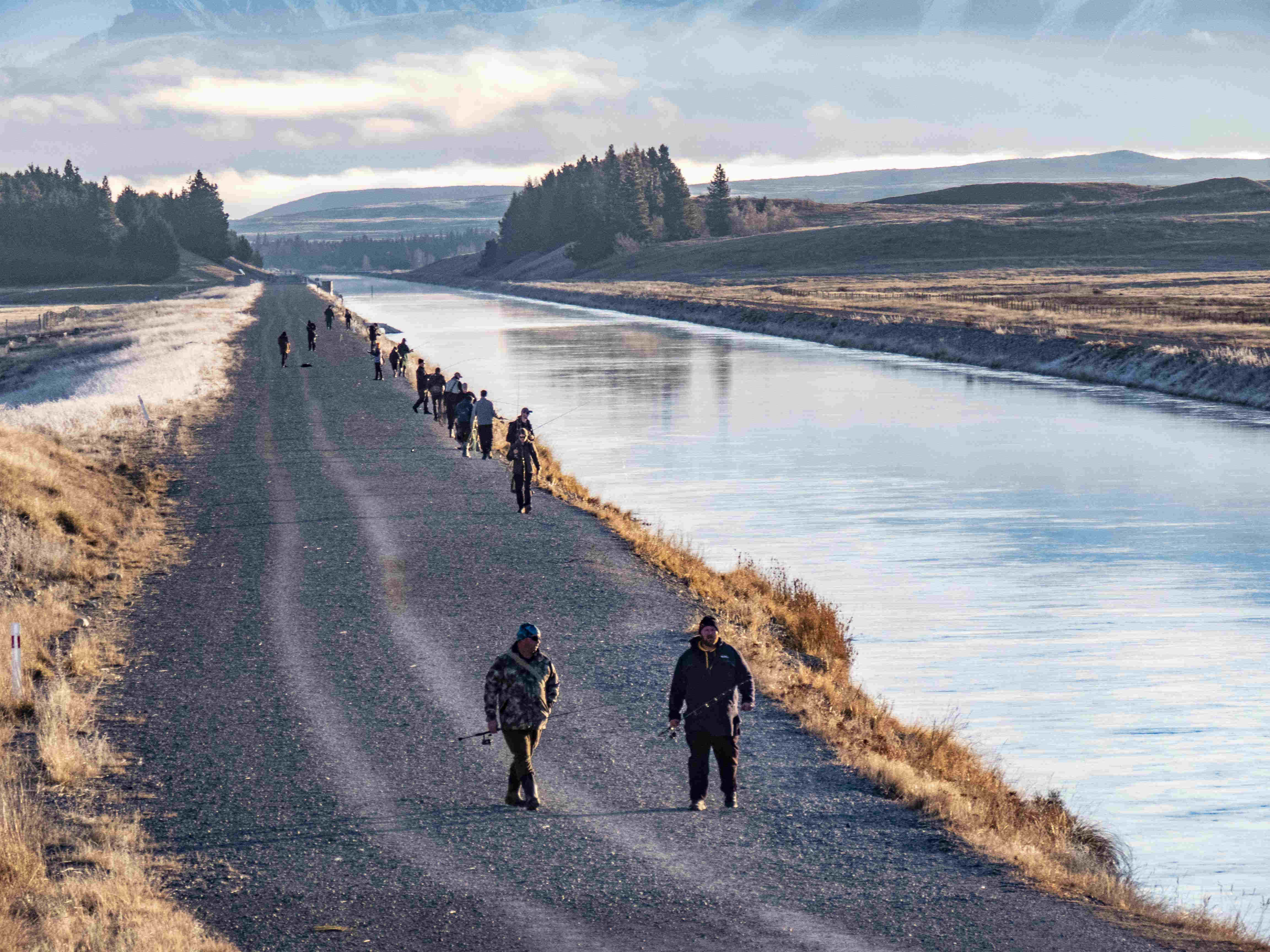 Angler concern over the sustainability of one of the world’s best “trophy” trout fisheries has led to a precautionary closure during the peak of the 2021 winter fishing season.

The Central South Island Fish and Game Council (CSI Council) has put a winter fishing closure in place on the upper half of the world-famous Tekapo Canal fishery, upstream of State Highway 8, from 1 June to 31 August 2021.

Above Right: Anglers fish a popular stretch of the upper Tekapo Canal known as the Magic Carpet in July 2020. Photo: Rhys Adams.

“Over the last four fishing seasons there has been a dramatic rise in the use of the Tekapo Canal in the wintertime by anglers targeting the rainbow trout spawning run”, says Rhys Adams, CSI Fish and Game Officer.

He adds, “the results of an unpublished survey show that the use of the upper Tekapo Canal increased by approximately 34% during the winter of 2020 when compared to 2019.”

The CSI Council has taken a conservation-minded approach toward anglers’ concern that there is too much pressure on the spawning population and a diminished fishing experience for anglers.

The winter spawning season closure of the upper part of the Tekapo Canal will enable spawning to occur unaffected by fishing and allows the CSI Council to carry out further research into the sustainability of the canal fishery and its value to anglers. 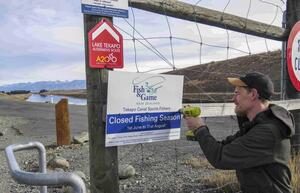 Sports fish populations are difficult to assess in the canals due to their depth, poor water clarity and fluctuating flows. Canal-specific methods need to be developed to assess canal fish stocks.

One of the key priorities for the CSI Council over the coming years will be to assess if sonar fish counting technology can be used to annually assess fish stocks at the canals.

“There is no need, however, to put away your fishing rods for the winter”, says Andrew Simpson, CSI Council Chairperson, “as there are many other fishing opportunities available during the winter months in the CSI Region.

The Tekapo Canal, downstream of State Highway 8, and the Pukaki and Ohau canals remain open year-round, as do several large lakes of the Mackenzie Basin including Tekapo, Benmore and Waitaki.

Anglers are reminded to read their regulation guide to ensure they are fishing open water and abiding by the regulations for those waters, as winter-period regulations can vary from those of the spring to autumn period.