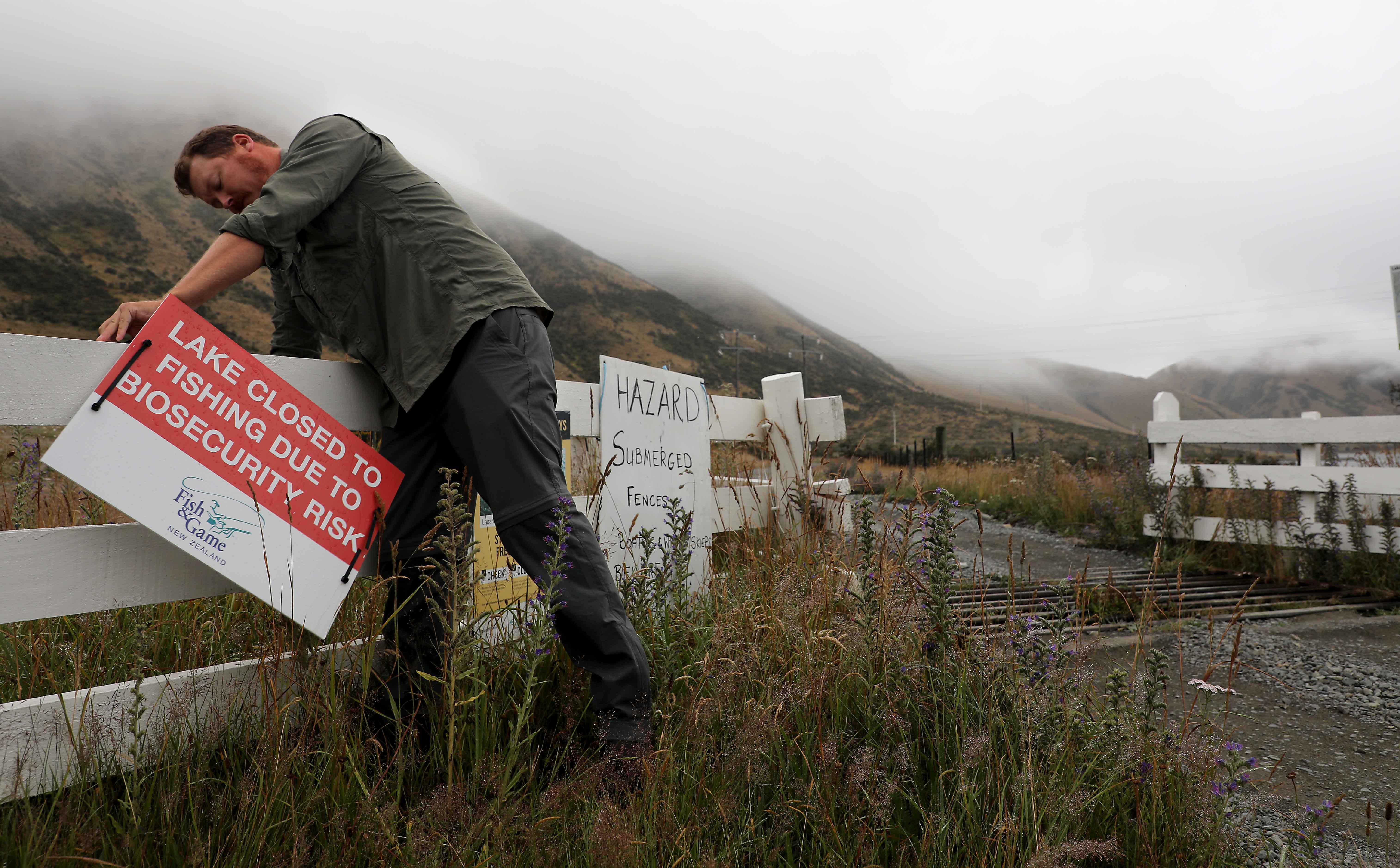 For those of you who missed the update, Canterbury's high country lakes have been re-opened to trout angling after the Ministry of Primary Industries gave the all clear.

Above Right: North Canterbury Fish & Game Officer Tony Hawker opens Lake Lyndon to angling on Friday morning after the all clear was received from MPI.

The lakes will be re-opened straight away and anglers and their families can return to them knowing they are free of anything invasive that could spread to other waterways.

Fish & Game would like to thank anglers for their support during the lake closures.

Over the last two weeks the main salmon rivers have been largely unfishable due to two freshes, however they are all in great condition now and I would expect to hear of good salmon catches this weekend.

These rivers are likely to remain the same for the foreseeable future with no nor-westers or heavy rain forecast until late next week.

Light winds are also forecast for the next few days which will favour all aspects of fishing.

We still hope to see reasonable numbers of salmon show up in all the rivers sometime over the next month, with the Waimakariri generally fishing well in the later half of the season.

This season there has been a reasonable number of salmon taken weighing between 16 – 20lbs and it appears there is an abundance of krill around the coast at present, so salmon will be making the most of this and putting on as much condition as they can before heading for their spawning grounds.

While the rivers are low and clear we expect to see salmon numbers build up around the mouths and tidal reaches.

Salmon swim into the gut and lagoon areas at high tide and retreat back to the ocean as the tide recedes and this can result in some great fishing in these areas.

Anglers wanting to target salmon upriver would be best to be on the water at first light and use light tackle as there will be little activity throughout the day.

Over the next two months there are a few fishing competitions anglers may wish to enter. The dates for these are: