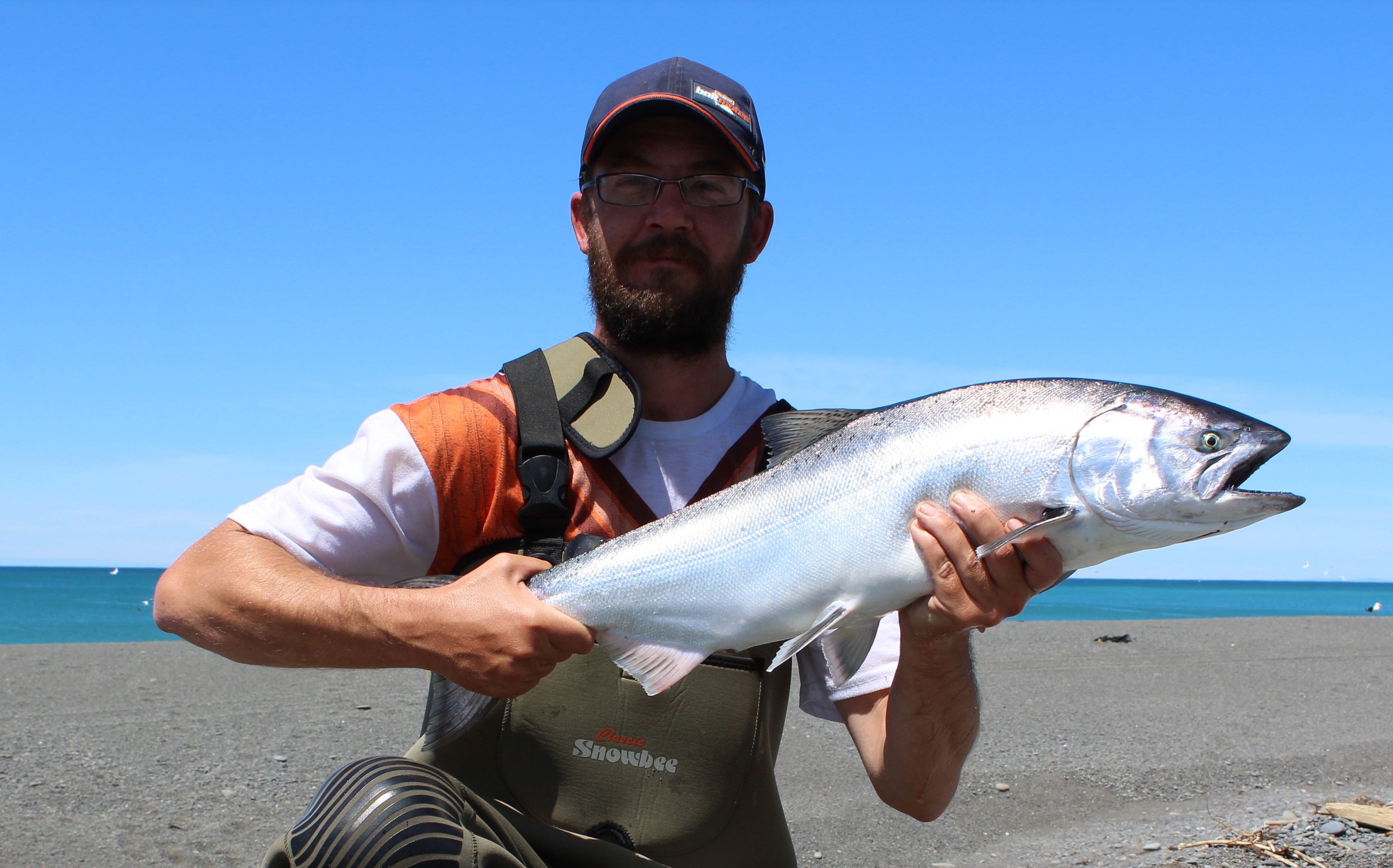 At the time of writing (Thursday ) the Rakaia river is in flood and is flowing at 922 cumecs and peaked at 2239 over night.

The Waimakriri, Waiau, and Hurunui Rivers also have alpine rain making its way down the catchments, and if fishable first thing this morning, they wont be for long.

Above Right: Any salmon about? yes for this angler:-).

The best chance of fishing for salmon over the weekend will be Sunday if the flows drop as fast as they peaked, and that is an outside chance.

The Canterbury coast line also had a strong southerly change Wednesday night which created very rough seas, surf anglers will be hopeful that the surf will settle down over the next couple of days, which is a possibility.

The forecast for the Canterbury high country and Arthurs Pass is not good for Saturday and Sunday.

The wind direction will be mostly Nor West and reaching gale force levels at times.

This active front also threatens heavy rain in the Alps this weekend and the main rivers could rise yet again.

Trout angling conditions will be difficult inland, with the exception of some of the lakes which offer a sheltered side to cast in many areas.

It looks like we are locked in to the big nor-west, then strong southerly cycle of old.

It maybe one of those seasons that we are going to be plagued by poor, if not marginal river and weather conditions.

That being the case do what you have to do and grab any opportunity you can when its right.

On the positive side salmon will be running the rivers with ease in the high flows which is better than the low clear and warm water conditions they are often forced to deal these days.

This weekend is a must for checking the Ecan river flows website, and rainfall data.

These sites are really helpful for anglers and I'm sure have saved many from getting caught out on our riverbeds with rising water levels.

Knowing the determination of anglers, many will be looking for somewhere to fish this weekend.

All our high country lakes are worth a look this weekend, but I would not advise heading up the river catchments inland.

For those keen on high country lake fishing this weekend, good fishing prospects are to be had.

There are many sheltered areas that can be utilized to the anglers advantage.

Wavy or disturbed water can make for more productive fishing as trout get less time to inspect the fly or spinner.

An instant decision to take is often the case!

Cicadas were noticeably chirping yesterday during the hot conditions.

The dry fly and indicator nymph method is the most effective for fly anglers.

A humpy pattern, or black gnat used as the indicator, with a small hare and copper or black and peacock nymph below can work well.

The length of trace used will depend on the depth of water.

This is so the nymph does not sink into the weed. A hook with weed on it will spook trout.

Terrestrial  patterns will come into their own now, and over the next few weeks.

Use larger patterns to imitate blowflies and cicada and sometimes it is the heavy splat of your fly that attracts excitement from trout.

However make sure the cast is some distance from the fish as not to spook it.

It often helps to spot the trout and let it cruise by while you are low and concealed, then cast out a few meters out to the side whilst it is swimming away from you.

Make sure it is just the leader you cast ahead, and to the side of the trout.

The false casts of the flyline while working in the air will also spook fish, and also when it is laid out, cast on the water.

It is a fine line between getting it right, and messing it up sometimes, but that’s the sport in fishing.

Successful anglers have made an art out of stalking trout.

Stealth and concealment is the key.

Most rivers and coastlines are abundant with huge amounts of silveries or smelt at present.

They have turned up in bulk along the Canterbury coast line over the past 10 days.

Behind them are some impressive shoals of Kahawai.

Trout also love them, the rivers are usually trout fishable a day or two before they are termed salmon fishable, so keep an eye on this option over the weekend.

Trout seem to have the ability to see feed in very dis-coloured water, or maybe they can sense the movement of the lure.

Silvery’s often run the rivers in these dis-coloured conditions, and the sea runs are usually pretty close behind them.

So the tidal reaches maybe worth a look in a couple of days?

The Canterbury coast line, near the river mouths and in amongst the Kahawai shoals, salmon are often in the mix.

Jono Strange found this out during the week, when to his surprise the Kahawai he caught turned into his first salmon! 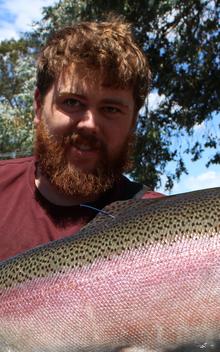 Ryton Barr from NCF&G provides us with a glimpse of Jill-note the blue tag near the dorsal fin.

Next Wednesday is Waitangi day and as a special focus for all anglers, North Canterbury Fish and Game will be releasing two massive Rainbow trout.

These two trout will be tagged for identification, and the anglers whom catch these lucky tagged trout will win an amazing prize sponsored by Hunting and Fishing NZ, Tower Junction. 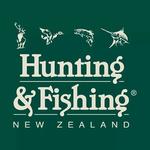 Jill is big! But we are not telling all the details yet!

The High Country Lake chosen for the release will be named just prior to Waitangi day.

n especially fine effort due to the difficult handling size of the smolt.

With a good team we can typically clip over 90,000 a day as the smolt are about 4 times bigger than in December.

This is just a heads up for all at present as there have been a number of enquiries asking when it is.

We cant confirm a date yet due to another weekend event which has not been locked in.

A confirmed date and full details will feature in this report in a few weeks time. 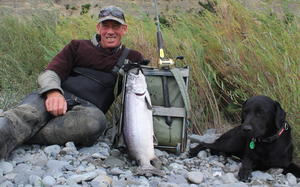 A crystal clear river, bright and sunny, 30 degrees, and 100 km Nor West winds. Everything was wrong but “There is never a bad time to fish!

The Rakaia, Hurunui, Waiau, and Waimakariri rivers have a produced salmon to date.

The Rakaia has led the way so far followed by the Hurunui.

The Waimakariri has produced some nice fish however this river is known for its typically later run.

Over the next few weeks there is great potential for some very positive runs as in late February numbers often peak.

It seems this season is producing not only more salmon than the past few, but they are in very good condition, with some fish weighing in over 20 pounds.

A number of fin clipped fish have already been caught in the Rakaia, which unusually early.

Polish up the tackle, re spool your reel with fresh line, and get ready for fishable water after this fresh, it could be all on!