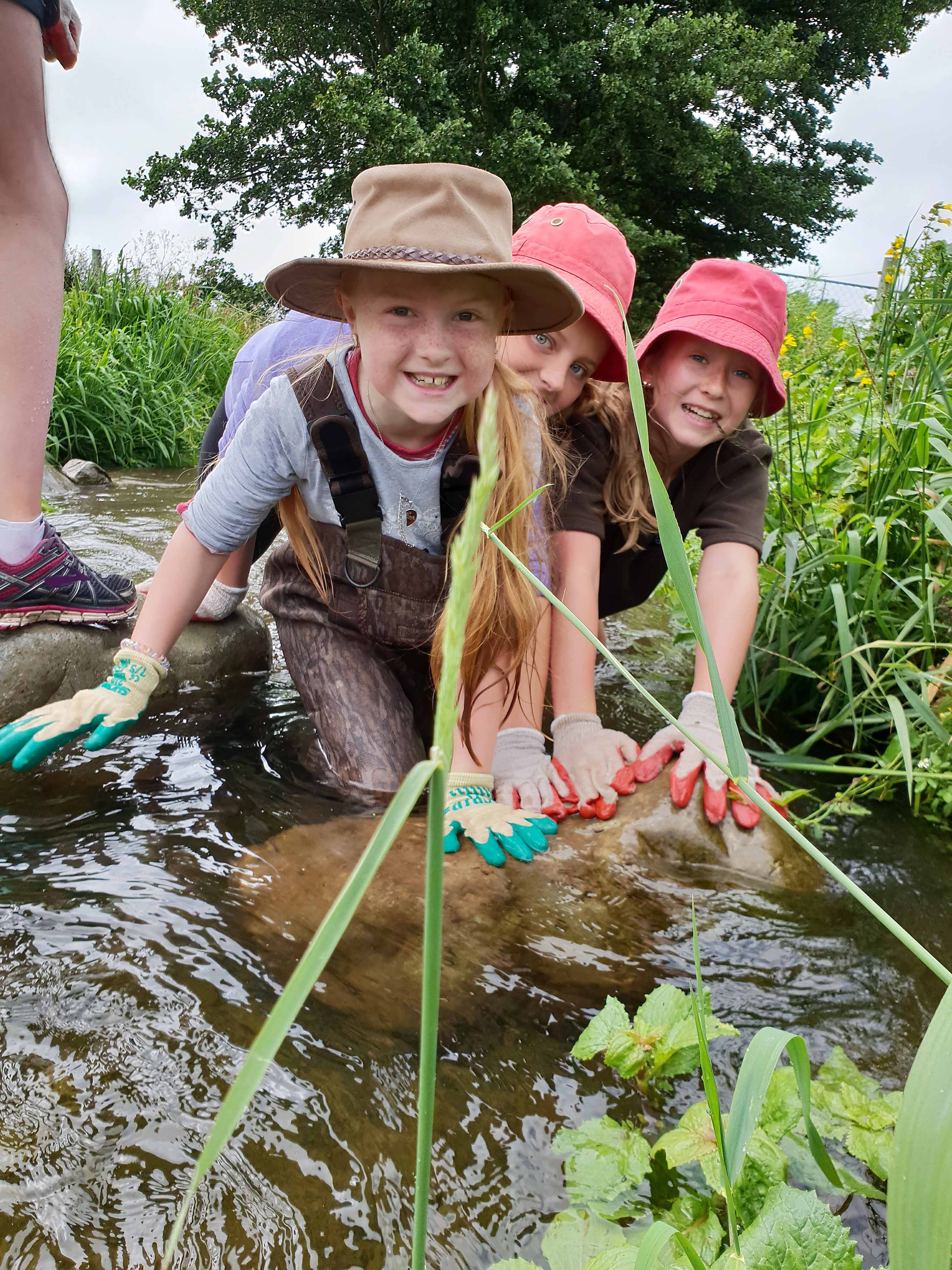 Nearly 70 Leeston School students were put to work last week helping to restore a stream in the Selwyn.

Snake Creek, a tributary of the Silverstream River,  is an important trout spawning stream and home to native species, such as the endangered long fin eel. 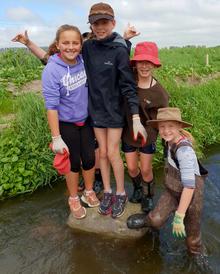 The stream becomes choked every year with water weeds which means it has to be cleared out with a digger.

The weeds also lead to the build up of sediment on the streambed which is not good for stream life.

This was the problem the Leeston students were tasked with solving.

To do this they visited the site and made a plan to create shade that would supress the weeds.

The plan involved reshaping the banks which were too steep to plant on, designing a planting plan and also the addition of features in the stream, such as boulders and wood for habitat.

Fulton Hogan donated the earthmoving equipment and operators, and, armed with the students’ plan reshaped the bank as they had designed it.

The students returned last week to do the planting and position the boulders.

Don Chittock, Fulton Hogan’s South Island Resource and Sustainability Manager said they were happy to be part of a restoration project that involved the local school and would lead to improvements downstream in the Selwyn/ Waikirirki River.

The students were guided by Matt Stanford from Enviroschools, who said the project was a great opportunity to connect young people to a local waterway so they could learn the issues around them and how to care for then. 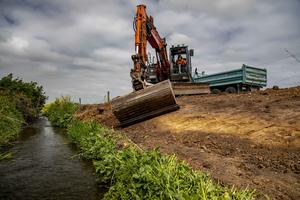 “What was particularly great about this project was the students were involved right from the beginning with all the planning and design and then they got to see it to fruition,” said Mr Stanford.

Snake Creek is a tributary of Silverstream which flows into the Silverstream River and then into the Selwyn/ Waikirikiri River just upstream of Coes Ford.

The project is part of a wider project being carried out in Snake Creek by the Water & Wildlife Habitat Trust in conjunction with landowners and multiple funding partners to restore approximately 3km of the waterway.

There are also other projects in the catchment on Silverstream and McGraths streams.

A crowd funding campaign is being run to help restore an 875m section of Silverstream.