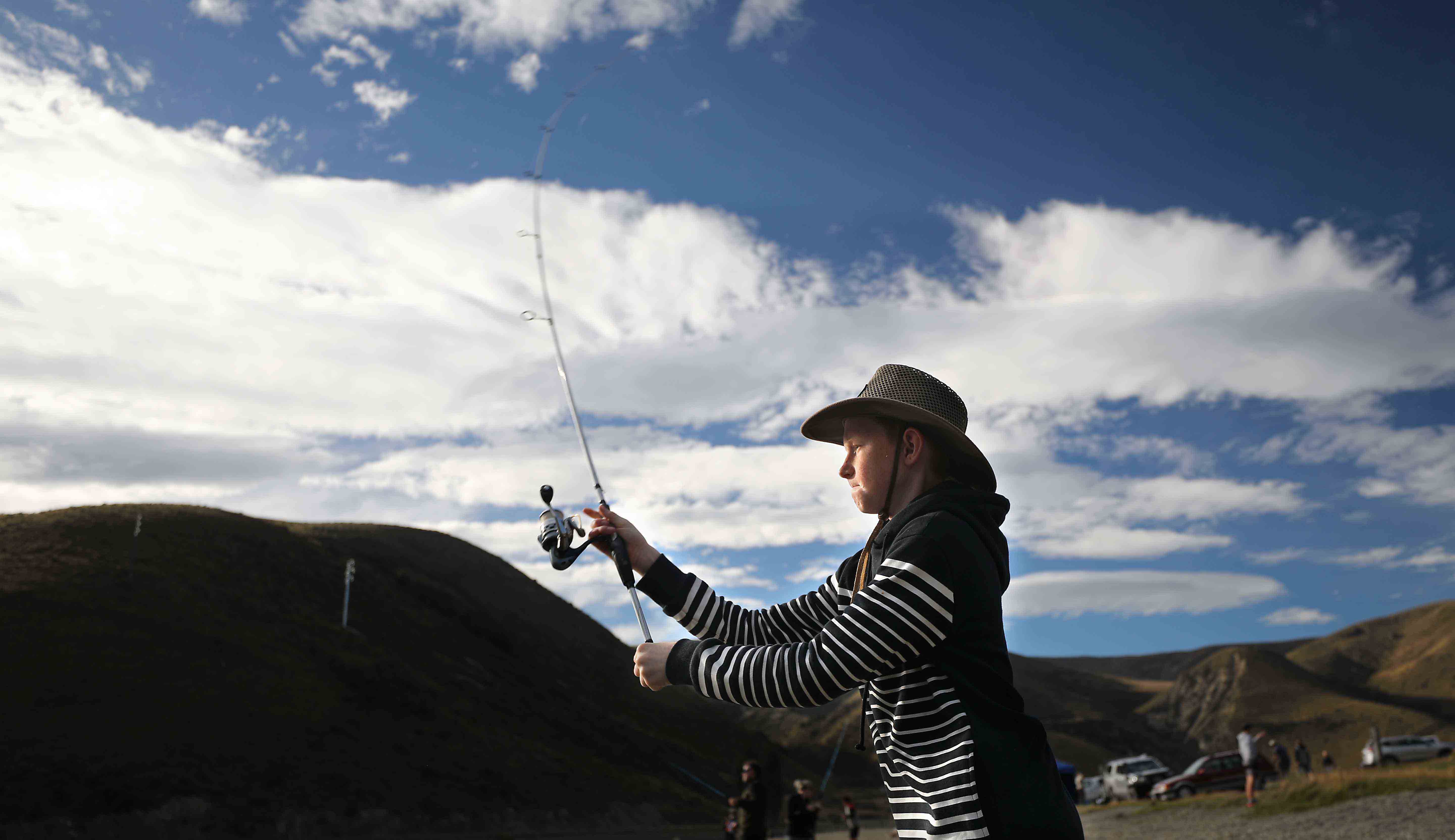 Hundreds of children and their families marked New Zealand Children’s Day at picturesque Lake Lyndon in the Canterbury high country in the first family fishing event there in more than three years.

The lake normally hosts an annual family fishing day in December, but drought meant it has not been held since 2014.

Above Right: Marcus Isitt, 11 from Christchurch, was part of the hundreds of young anglers and their families enjoying Children's day, Marcus caught the biggest fish of the day an 1.17kg rainbow trout.

Following a wet winter and spring, things were looking good for a December 2017 event but the recent trout rash biosecurity scare prompted a lockdown of the lake by Fish & Game.

As it was off limits for a large part of this summer, a lot of families missed the opportunity to visit it over the holiday season. 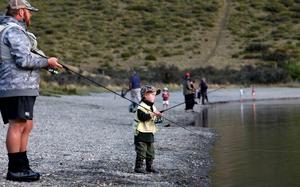 Now the Waimakariri lakes have the all clear from MPI, and the high water temperatures that were believed to have caused the rashes have cooled, around 500 rainbow trout were released into the lake in the early hours of this morning by Fish & Game staff.

Left: Three year old Charlie Arps, right, and his father Jonathan from Rangiora were part of the hundreds of young anglers and their families at the fishing day.

Today is also New Zealand Children’s Day, or Te rā o ngā tamariki with a focus on activities and events designed to bring families together and  North Canterbury Fish & Game thought it  appropriate to  re-schedule the Family Fishing Day to Children’s Day.. 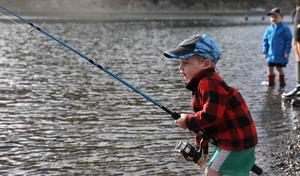 “Angling is one of those great family activities where all ages can take part; the fish have no respect for age or ability,” says North Canterbury Fish & Game General Manager Rod Cullinane.

Because it is so close to Christchurch, Lake Lyndon offers a safe environment for parents to take children for a day’s fishing as they learn the skills to become life-long anglers.

Spot prizes were on offer for the junior anglers and the event was sponsored by the Water & Wildlife Habitat Trust along with North Canterbury Fish & Game.

The Trust runs the Fresh Waters programme in 30 Canterbury schools and undertakes restoration projects in threatened waterways like Snake Creek near Coes Ford.

Watch a video of the day here.