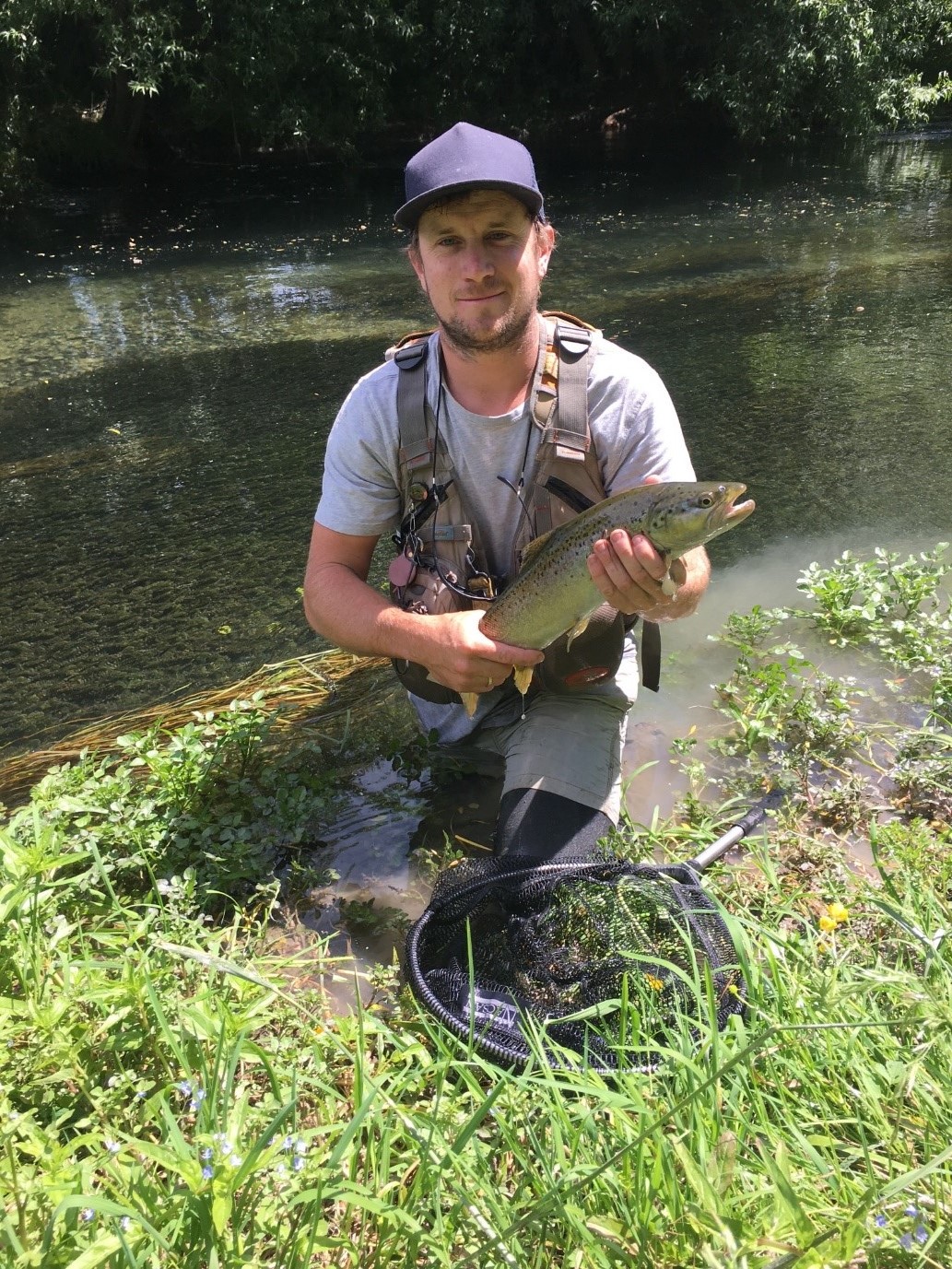 The weather forecast looks great this weekend, in fact, it looks like we are in for some settled weather all week - It has been long overdue.

Unfortunately, the main alpine rivers will probably be too dirty for fishing due to some heavy rain on the main divide earlier this week.

Above Right: Kurt Parker finds success on a low country stream with a Damselfly imitation.

It was a reasonable fresh with the Rakaia peaking at 1100 cumecs on Wednesday and 830 cumecs on the Waimakariri.

The Hurunui and Waiau are also high and dirty.

Foot hill streams are at ideal flows at the moment.

So are lowland tributaries around Ellesmere, streams such as the LII, Harts Creek and the Selwyn are producing fish at the moment.

Brown beetles have started showing up at home which can provide an opportunity for dry fly anglers in the evening.

Back country rivers were earlier this week, the more stable bush clad catchment in the Lewis and Arthurs Pass areas may be just starting to clear by Sunday but they will still have heavy flows.

Probably more suited to the spin angler this weekend.

My choice this weekend would be the high country lakes.

It looks like we are for some calm weather and it is only the second weekend of the high country season.

All the lakes are full to the brim and the trout are cruising the edges.

Last weekend the weather was awful but that didn’t stop a lot of anglers getting out for the high country opening.

Fish & Game ran its annual competition at Lake Coleridge, it was a reasonable turn out despite the weather. 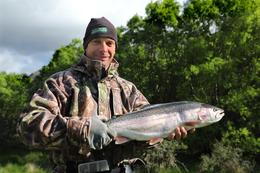 250 anglers registered at the competition with around 200 fish caught, the biggest brown trout was 3kg which was caught in Lake Selfe.

The biggest rainbow also caught in Lake Selfe was 2.7kg, pictured right, the salmon looked to be down a bit on size this year, but rainbows seemed to be abundant.

There has also been fish released into the Groynes this week so would be a good day out for the kids in some nice weather.