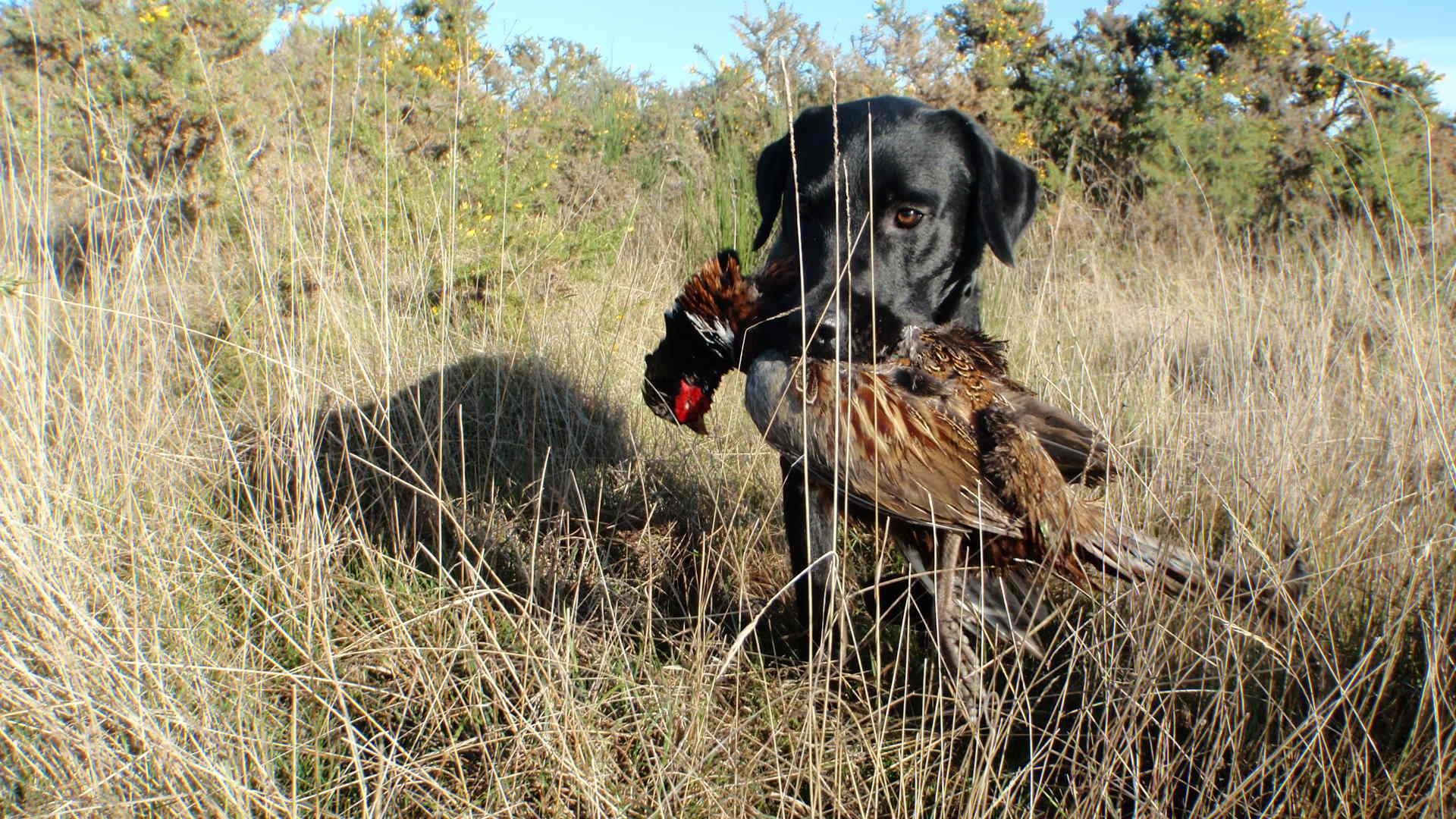 We are now approaching the third and final month of the main duck shooting season.

Most hunters are still reporting higher mallard numbers this season than the past two years.

I agree with this based on the increased number of shot chances I've had during evening hunts around Ellesmere this season.

Above Right: One happy pooch! Brace with his first retrieve from his first pheasant hunt.

This was certainly evident at Ellesmere during a strong Southerly on the 23rd June, when the number of birds on the move reminded of the old days of good lake shooting.

If only I could have shot straight!

Yes it has been one of those seasons for me! But I keep reminding myself that all hunters go through periods like this at times.

Firstly the ammo gets the blame, then after changing that, it’s the gun.

It takes awhile sometimes to accept that it was probably the shooter at the time.

Like any sport, confidence is a huge part of the game, and at times it may simply be a few instances of bad luck that helps create this loss in confidence.

Go shoot some clays, or go out more frequently for evening shots, and pattern your gun with the ammo you have chosen so you understand exactly what your shot is doing.

These practical things can make a huge difference to better shooting, but the big one behind it all is confidence.

We're all guilty at times of over thinking and analysing poor form, but it's when we're not thinking about form at all, that we up and instinctively snap shoot ducks down.

Don’t get disillusioned, all hunters go through it at some stage, just get out there and do it!

I get the feeling that there are still some great duck hunting opportunities to come, as long as we get some adverse weather to help. There are plenty of birds there so lets hope for a few howling southerlies before the season's end.

On the weekend of the 10th June North Canterbury had its two-day annual pheasant season.

Left: Happy hunting team, Ryton Barr and labs Moose and Jet with their much prized bird!

The eager hunters were out on river beds and scrub margins from first light hoping to bag themselves one of these truly magnificent game birds.

North Canterbury rangers were also out and met up with over 40 hunters during the first morning's hunt.

It seems that although most hunters reported seeing a bird or two, only a few had managed to bag one.

Apparently good old Murphy was present and on the pheasants' side this morning, with many hunters cursing being caught by surprise, or without a clear shot.

Only cock birds are allowed to be shot, and in many cases when a bird is flushed it is a hen.

The hens are protected in the hope that populations become enhanced in the region.

Right: Jono Strange with some very tired labs, and an extremely well earned pheasant. This was his fourth hunt for the weekend and the hard work paid off just before dark on Sunday.

Most hunters spoken to, mentioned seeing about the same number of birds as previous seasons, which would indicate stable populations.

Most hunters spoken to don’t think current populations could handle any more hunting pressure, and rate the current two-day season as something really special to look forward to in their game bird hunting diaries.

Sponsored by Hunting and Fishing Tower Junction, Rangiora. Supported by the Christchurch Airport Authority and the North Canterbury Fish and Game Council.

The prize-giving will start at 11am sharp. Hunters must be present, and they must be able to produce both a current Firearms Licence and 2017 Game bird Hunting Licence.