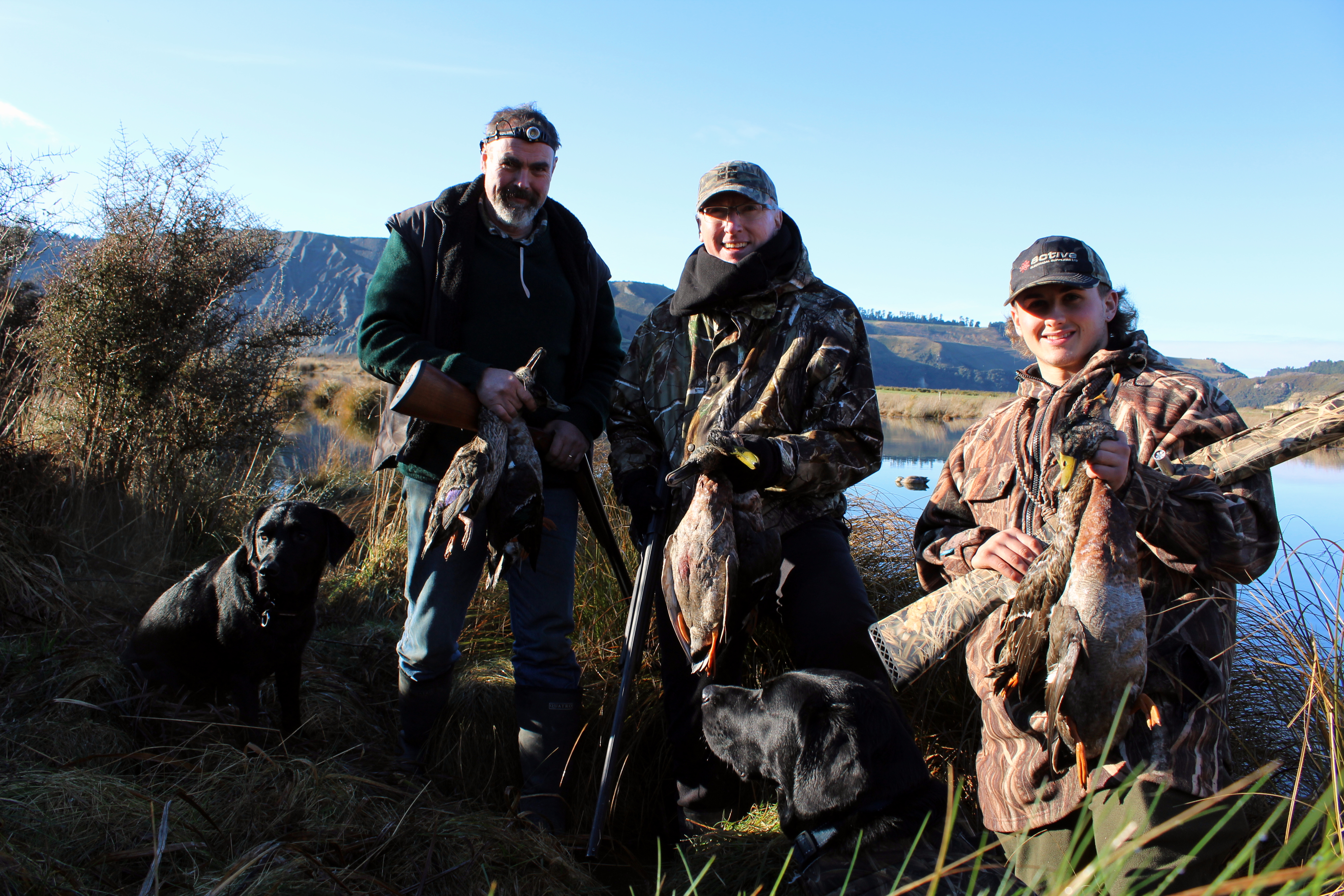 As we approach the end of the main game bird hunting season it is time to reflect on what has been a very successful one all round in the North Canterbury region.

Mallard numbers harvested have been good and as we come to the end of the season, there are still plenty of birds evident. This will provide good potential for breading setting up promising prospects for the 2020 season.

Above Right:  Happy Rakaia Hunters with half a dozen mallards during the last week of the season.

There have been good numbers of all game bird water fowl species harvested during this season.

What an amazing resource we have in this region. We are blessed here in North Canterbury with so many options available to us.

As hunters, if we can do anything to preserve this privilege, I believe it is mainly to simply encourage as many mates, family, and kids into the sport as we can.

The historic sport of hunting game birds for the table is truly an incredible adventure.

We are not always successful in the quest of our quarry, but that’s not what its all about is it, its about the freedom to do so.

This is why more game bird hunters, and especially young ones are needed.

They are the future protection of the resource, lets make it a goal for all of us to bring at least one person new into the sport game bird hunting next season!

2019 Compliance in the region 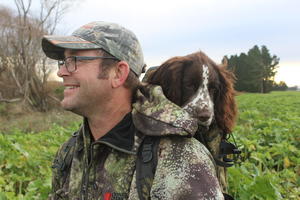 Pheasant hunt too much for young pup Bonnie at the end of the day, but she got a good view of the older dogs working!

Thanks to the efforts of not only the North Canterbury Honorary Rangers team, but also the hunters of the region, compliance levels have been the best recorded.

Only one offence notice has been issued, Rangers have been very active this season, and many have noted the noticeable encounters of hunters “courteously to other hunters” and firearms safety protocols being portrayed.  Awesome stuff!

It would be fair to say that the 2019 event based at the Springston Hotel was a great success.

The numbers of competitors doubled from the previous year to 62.

The regions Game Bird Advisory Committee will be meeting soon planning the next one.

It has already been indicated that there will be more exciting aspects added to the 2020 event.

Keep this event in mind when talking to hunting mates from around the country as it would be good to see some out of region hunters lock this one in and enjoy the challenges of the “Canterbury Wild Duck Hunters Comp”.

Game bird Prospects beyond the end of July.

There has been a miss print in the 2019/2020 Gamebird regulation booklet.

The North Canterbury Fish and Game Council endorsed changes to the previous date of the Paradise Shelduck season, and also to the previous limit bag for area A of 5 birds.

The later was omitted from the 2019 Game Bird Hunting regulations guide, but still applies as per below.

The above regulations over ride the gazetted miss print and will be honoured by Fish and Game during the 2020 Summer Paradise Shelduck season.

Good luck all for the last weekend of the mallard season.

Posted in Both Barrels; Tagged Hunting Posted 3 years ago by Default Admin