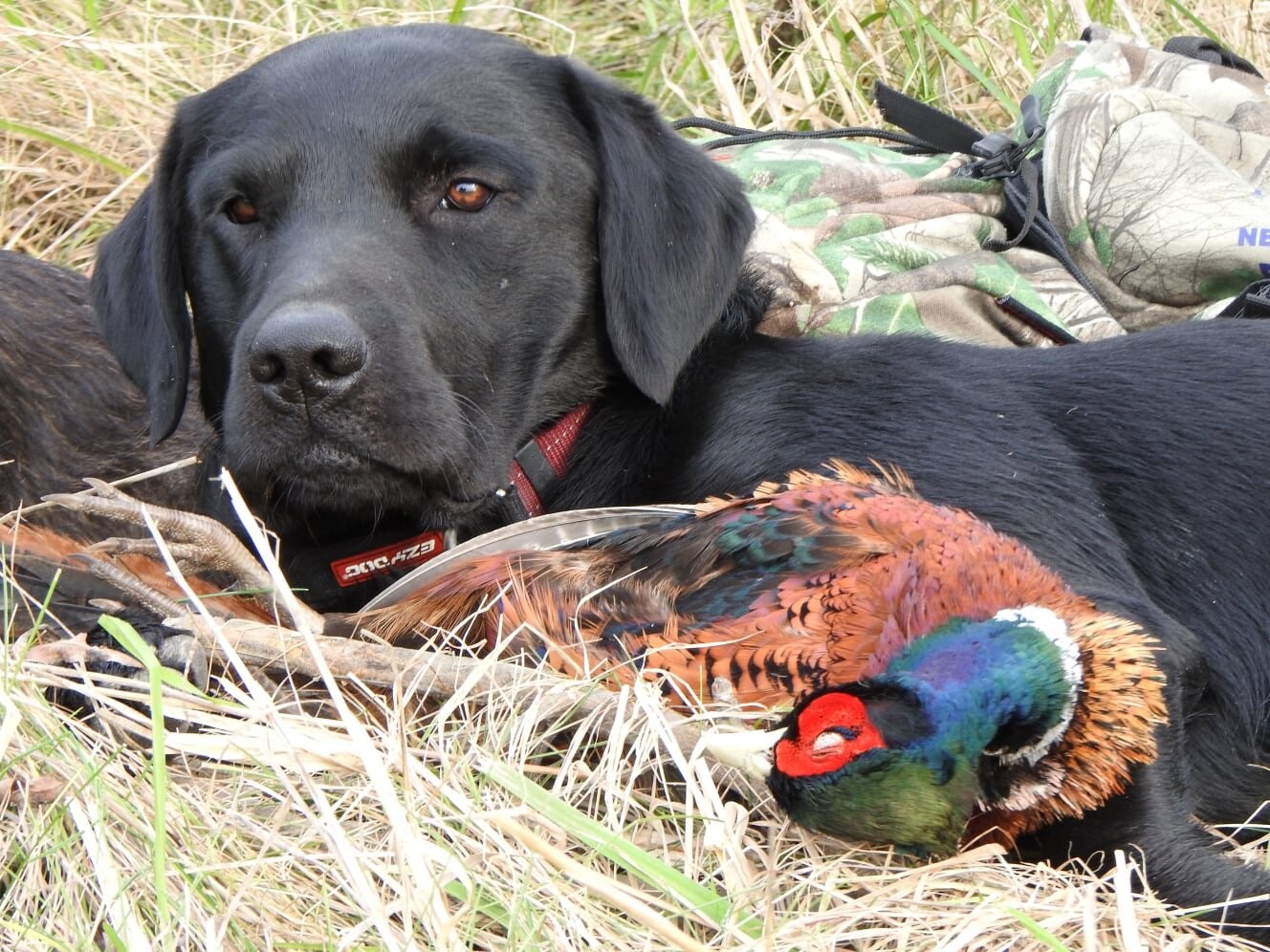 Its hard to believe that the end of the main duck hunting season is nearly finished as at the time of writing the last weekend is approaching.

On reflection there has been a distinct lack of good Southerly’s providing the opportunities hunters are used to in the region, however some seasons that is just the way it is.

Above Right: Brace with the hard earned successful result of day two of the pheasant season in June.

Despite this there has still been some good reports of  successes as usual from hunters targeting ponds after strategically resting them during the season.

Many of these hunters will have timed their final hunt for the last weekend of the season.

This will provide a last flurry of activity for all hunters on the weekend as birds are being put off many places.

Definitely good prospects for those heading out.

There is still hunting opportunity ahead for other species in the North Canterbury region: Area A is still open for paradise shelduck and black swan until 23rd Sept.

There have been reports of large numbers of black swan moving into the pasture margins of Lake Ellesmere the past two weeks.

This will provide some good hunting opportunities and also some assistance to farmers whose grass they are often targeting.

Of importance to note that it is only Area A, the area East of State Highway One that remains open.

As the main Mallard duck hunting season comes to an end it also signifies some annual action points for staff.

Gamebird hunter harvest counts of species are to be correlated from the information collected from the hunter phone surveys.

All of the above are management tools that allow hunters to sustainable harvest our valuable resource.

A particular recent focus in the North Canterbury region is to increase hunter activity in a way that also gives something back to the hunters.

The inaugural “Canterbury Wild Duck Hunters Comp” held in June was part of this initiative this season.

It would be fair to say it was an outstanding success for the first one.

The North Canterbury Game bird Advisory Committee to Council will hold a formal debrief soon to look at ways of making this week long Gamebird Hunting comp even better.

An event that brings not only North Canterbury hunters together, but many from all over the country, to celebrate the harvest of our magnificent Game bird resource, has got to be a good thing.

Of particular note it is pleasing to state that no gamebird hunting firearms accidents have been reported anywhere in the country this season.

Keep on keeping it safe all and educate all of those around you.

Good luck all for the last weekend of the Mallard season.