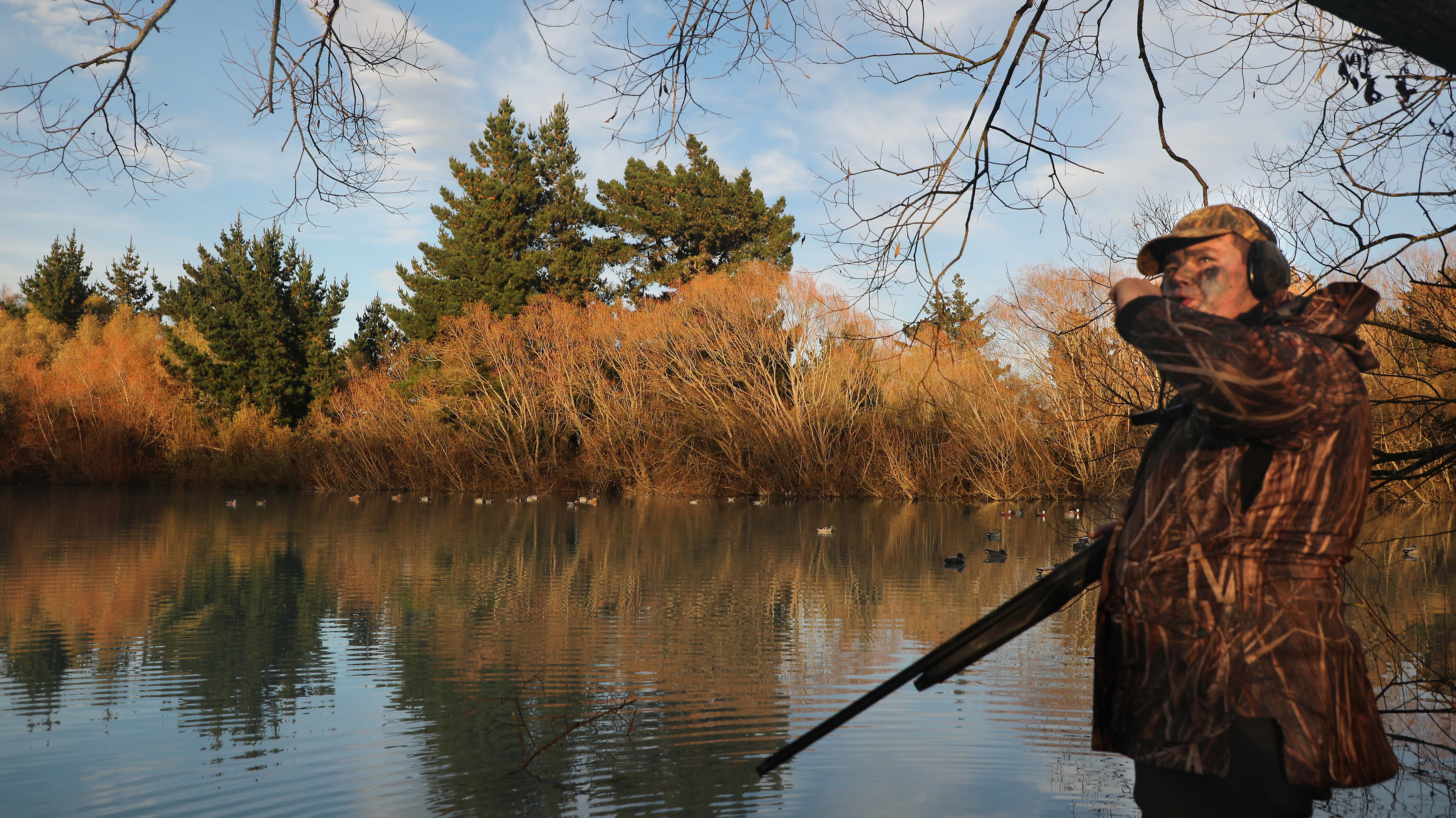 The numbers for both species were regarded as positive.

Area B also received a lot of bird attention when crops were harvested with reports of over 1000 birds predating on crops.

Paradise shelduck numbers seem very positive in the region which will provide great harvest opportunities for hunters in the coming season.

These magnificent game birds are a great asset to our game bird resource, and they are a quarry that I highly recommend targeting at least a few times a season.

Lakes Ellesmere/Te Waihora and Forsyth/Wairewa hold 90% of the population numbers in the region.

We have had numerous reports of good bird numbers on Lake ellesmere/ Te waihora recently.

They are the most encouraging to come from the lake in recent years.

Survival of later broods of mallards seemed pretty successful last breeding season, so this season's prospects are positive for all hunters.

To celebrate the opening of the new game bird season North Canterbury Fish & Game will again host a social gathering in the form of a barbecue at Wolfes Road, Lake Ellesmere/Te Waihora.

This will be held from 9 am to 11 am on Opening Day, Saturday, May 4th at the lake end of Wolfes Road.

Rangers there will be cooking sausages for hunters, and offering duck hunting tips to new hunters.

In addition there will be a social hunting competition with some great duck hunting-related prizes.

To enter, all hunters have to do is produce their game bird hunting licence at the registration area at the end of Wolfes Road between 9 am and 11 am.

Hunters with game may only enter each category once.

Hunters are invited from anywhere within the North Canterbury Fish & Game region.

Please note that the weigh-in and licence registration will be strictly closed at 11am followed by the prize giving at 11.15am.

Hunters are urged to note that were was a mis-print in the 2019/2020 Game Bird Hunting Guide.

The North Canterbury Fish and Game Council has endorsed changes to the previous dates for the paradise shelduck season, and the previous limit bag of five birds for Area A.

The above regulations override the gazetted mis-print and will be honoured by Fish &  Game during the 2020 summer parrie season. 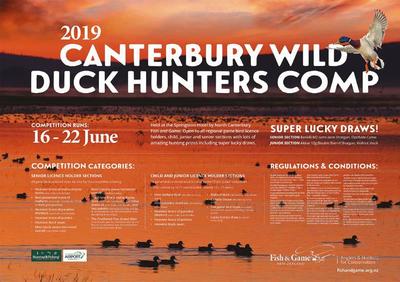 This social game bird harvest event is to be held at the Springston Hotel where the weigh station will be open every night.

Lock it in to your hunting calendar now!

Last year we had over 150 people at the prize-giving night.

Keep an eye out for more details in Both Barrels closer to the time. 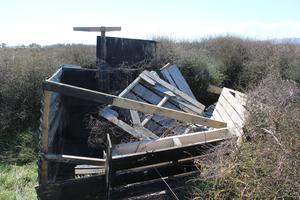 A damaged mai mai that was removed from Lake Ellesmere/Te Waihora.

Lake Ellesmere / Te Waihora hunters please be aware that maimais or hunting stands erected on the Lake need to be registered with the Department of Conservation.

This one was constructed without permission, and many of the materials used are not allowed.

Materials such as corrugated iron ends up on the lake bed potentially causing problems for other lake users and wildlife.

This maimai was also built within plain site of a newly developed DOC native planting and carpark area which was quite unacceptable.

The construction was disassembled and removed at Fish & Game's expense.

Straight barrels to all.

Enjoy your hunting season, but most of all be safe and responsible with your firearms.