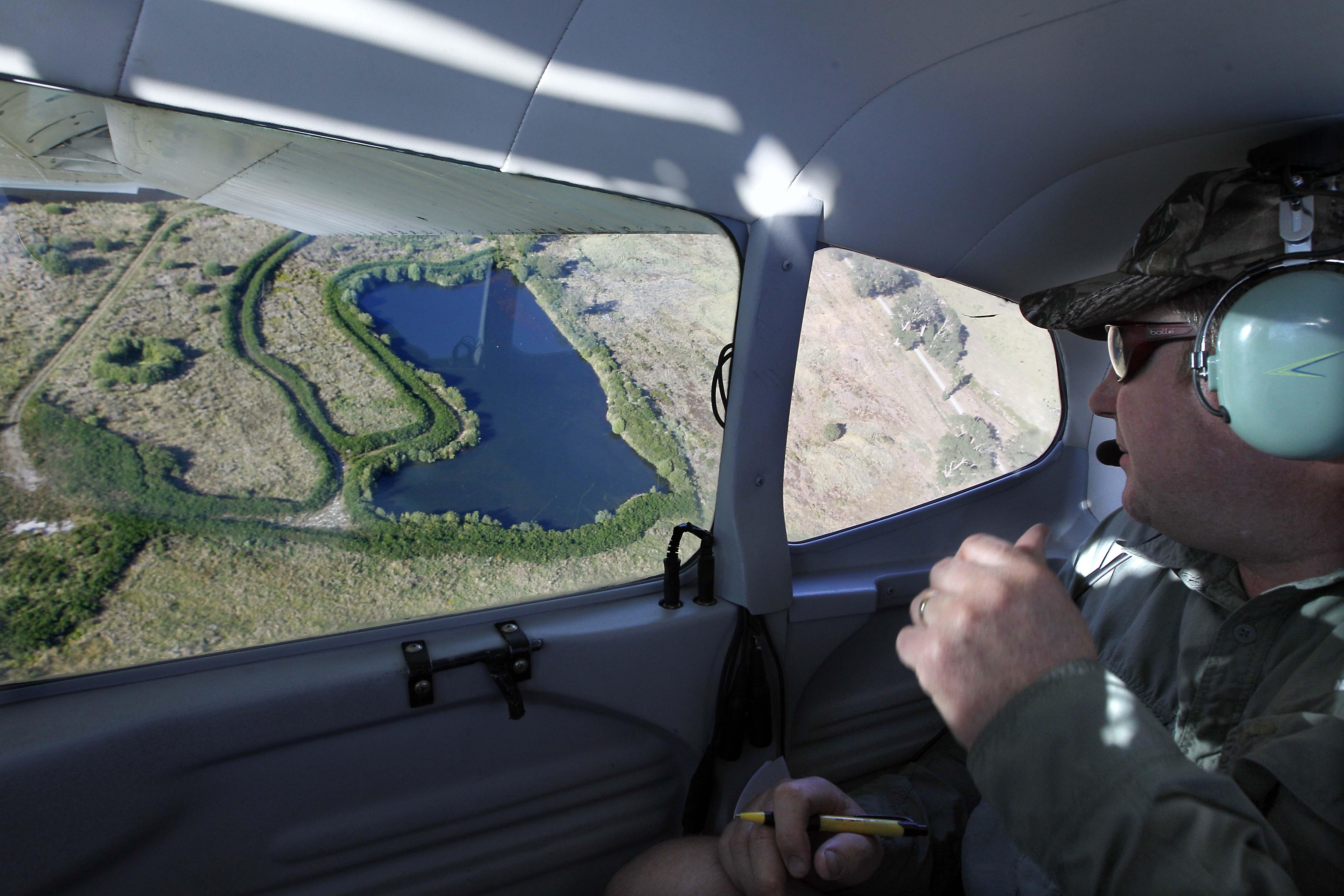 North Canterbury Fish & Game staff carried out their annual aerial paradise shelduck, and black swan trend counts in early February, and were very pleased with what they found.

All the data below is collected from historic moulting sites and encompasses all major bird populations in the region.

Mallard ducks are also counted on lakes Ellesmere/Te Waihora and Forsyth/Wairewa during these flights, where bird numbers are counted on the water, or the immediate lake margins.

Parrie numbers were consistent with previous annual counts in Area B, but were low in Area A.

Despite the 2017 count being slightly lower than the past two years, numbers throughout the region are still healthy due to a large concentration of birds in Area B. 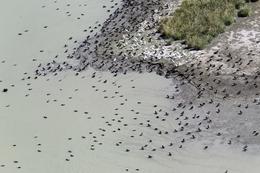 Hunters should find some great opportunities this season when hunting attention spreads the numbers around the region.

Most of this population is around the Ellesmere and Forsyth areas.

Hunters are encouraged to take part in the annual Great North Canterbury Black Swan Hunt; see below for details.

It seems that many of the mallard safe havens (ponds not shot) mentioned in the past, are now being kitted out with maimais.

This may have a positive outcome for hunters.

The more of these areas disturbed by hunting pressure, the better the chances for all hunters.

Who knows the birds may even trend back to their traditional camps on natural river beds, ponds and lakes?

In summary, it's been a great breeding season for all of the above species.

This season has the potential to provide great hunting opportunities on Opening Weekend, we just need some good weather to go with it!

9am – 11am Saturday 6th May, at Wolfes Road, LakeEllesmere. All hunters welcome, social bbq and prizes.

The following changes to the 2018 special summer hunting season for paradise shelduck has been endorsed by the North Canterbury Fish and Game Council.

There has been a limit bag reduction for parries ( in area A only) during the special summer season 2018.

The new limit bag number is now five birds in this area.

This reduction has been introduced to provide hunters with more harvest opportunity during the following standard game bird hunting season in May 2018.

Sticking to the rules?

During Opening Day 20 last season, rangers encountered around 130 hunters with a mostly positive level of compliance in the Southern half of the North Canterbury region.

The Northern area of the region unfortunately proved to be a problem with rangers detecting four offences for hunting without  licences, on four separate ponds, and the use of lead shot was also detected in one case.

In all cases firearms were confiscated, and the offenders prosecuted. A very costly decision!

Sunday morning produced another offence notice with two shotguns confiscated. A father and 16 year-old daughter were caught without licences near Rakaia.

The issuing of the 6 offence notices above came as a surprise at the time as the past few years have shown a high level of compliance in North Canterbury.

To add to the above four hunters were also found in breach of the limit bag regulations during the Summer Paradise shelduck season in the Ellesmere area.

For those of you who may have mates thinking about going out without a licence...please advise them that it's really not worth it.

There are 30 active rangers in North Canterbury, and they're very keen on protecting our resource!

It's also important to note that when gathering foliage for your maimai you know exactly what you are cutting down!

Below is a report from Environment Canterbury's Regional Park Ranger Darren Haffenden:

We were recently very impressed with a park visitor from the game bird hunting fraternity.

Initially he and an associate were found cutting down kanuka (“Kunzea serotina”) in one of the last remnant places its found.

This is a rare plains-specific kanuka that is particularly valuable, since especially because it is self-recovering.

The kanuka they were cutting was destined for maimai cover in North Canterbury.

When we found what was occurring and approached the people, they were both repentant, which in our experience , was of course because they’d been caught, we thought.

We interviewed them at the scene and gathered details. It was explained they would now have to wait for a response from us to see what action might be taken against them.

Totally unsolicited, the next day one of them arrived at the ECan Parks Office with a pile of kanuka seedlings and a will to help out 'wherever, however' to get them in the ground.

It was his best attempt to put things right and pre-empted any enforcement move. This is absolutely the very best outcome we could have asked for.

It seems the men genuinely didn’t know they were doing something wrong, and had the guts to step up, take responsibility, and put things right in the most reasonable way possible.

Please be mindful of what you are cutting down out there when constructing your maimais.

To celebrate the opening of the new season, North Canterbury Fish & Game will host a social gathering in the form of a barbecue at Wolfes Road, Lake Ellesmere (Te Waihora).

This will be held from 9am to 11.00am on Opening Day, Saturday May 6 at the lake end of Wolfes Road.

In addition there will be a social hunting competition with some great duck hunting-related prizes.

To enter, all hunters have to do is produce their game bird hunting licence at the registration area at the end of Wolfes Road between 9am and 11.00am.

The rules are only one entry per category.

Hunters are invited from anywhere within the North Canterbury Fish & Game region..

Please note that the weigh in, and licence registration will strictly close at 11am and the prize-giving will be at   11.45am.

Straight barrels to all...enjoy your hunting season, but most of all be safe with your firearms out there!

Sponsored by, Hunting and Fishing Tower Junction, Rangiora. Supported by the CHCH Airport Authority and the North Canterbury Fish and Game Council.

The aim of this competition is to provide hunters with an additional focus during the game bird season, and encourage them to harvest black swan as a food source, and also address crop predation issues caused by increasing population numbers.

The competition is confined to the North Canterbury Fish and Game Region only.

To enter, hunters need to present pairs of black swan legs tied together and frozen separately.

There is no limit to the number of entries per hunter, but hunters may only enter one section.

A current 2017 gamebird hunting licence must be produced, and all black swans must be harvested according to  current Fish & Game hunting regulations.

Entries will not be accepted from birds shot under special game bird control permits.

Although the prize draw is not finalised yet the basic format will be three categories, and a lucky draw format per section.

There will be at least one semi-automatic shotgun in the prize pool.

There will be a main prize in each prize pool and other lucky draw prizes added.

The prize pool and values are approximate only, and may differ from the above.

Legs will only be accepted during a four day period during the last week of the Area A black swan hunting season starting Monday 18th September ( 8.30am – 5pm daily ), and finishing on Thursday 21 September.

Hunters are invited to attend a closing day social barbecue and prize draw at the Coes Ford/Selwyn River picnic area, Ellesmere, from 10am Sunday 24th September.

The prize giving will start at 11am sharp.

Hunters must be present, and they must be able to produce both a current Firearms Licence and 2017 Gamebird Hunting Licence at the prize giving.

Good luck to you all, but most of all be safe with your firearms out there!