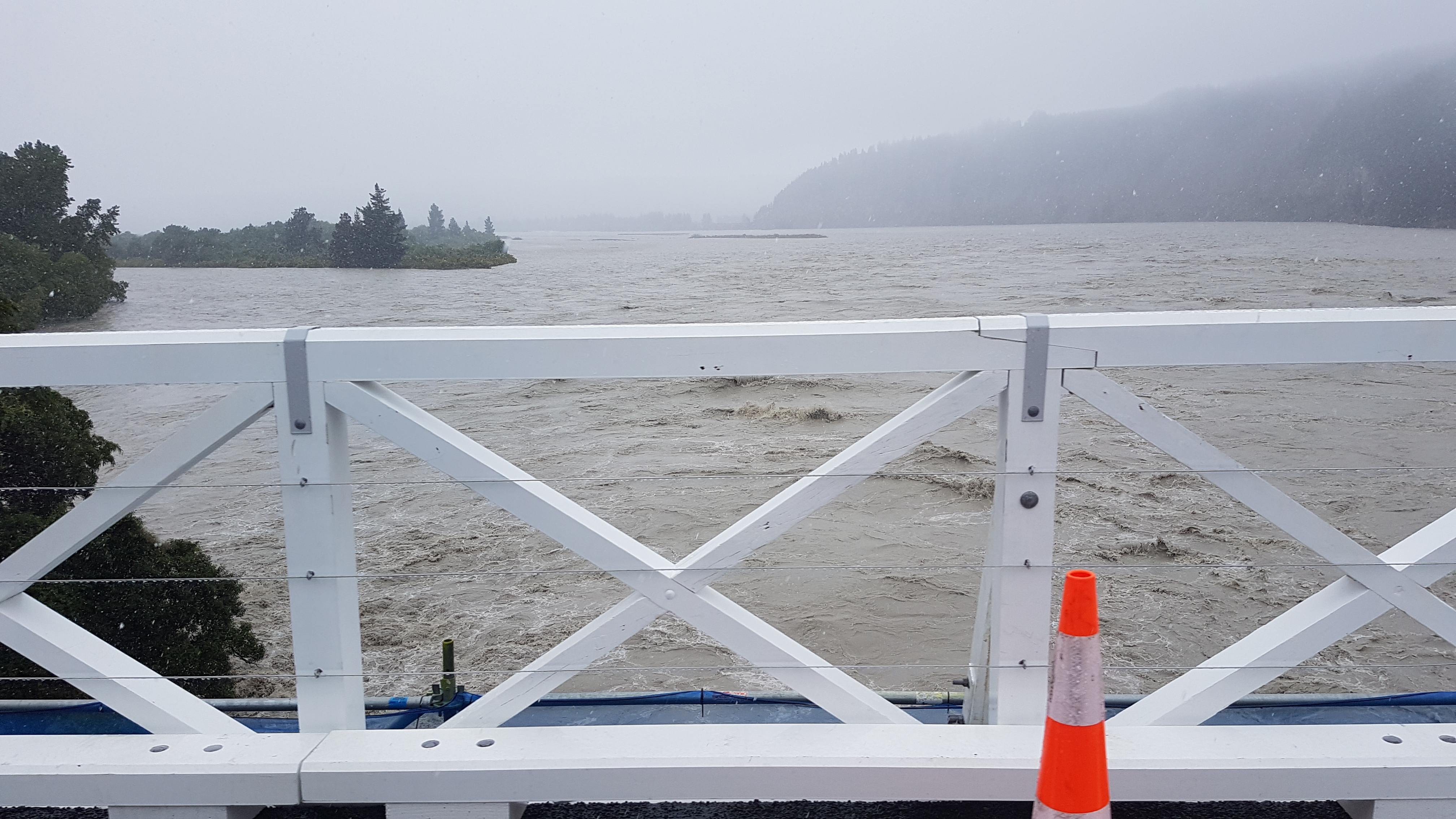 November has seen some of the biggest floods in the alpine rivers that we have seen for years.

The floods have completely changed the beds of those rivers.

Above right: The Rakia River in full flood looking downstream from the gorge bridge.

This will mean many hours of reconnaissance for those anglers who like to target salmon in the middle reaches.

New pools will have formed and some access tracks wiped out.

Finding decent salmon holding water is always an interesting part of catching the elusive fish, it's a very important part of your success. 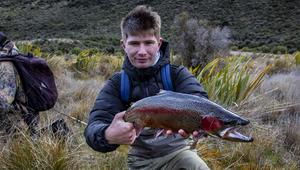 Flynn Brakey with a 1.4 kilogram rainbow trout caught on the Henrietta Lakes.

The high country lakes will be stating to warm up in December.

For the first half of the month there's  usually a prolific green beetle hatch on  warmer days.

This can send trout into a feeding frenzy, making it the best month for fly anglers on our high country lakes.

Towards the end of the month, the trout will start to head deeper as the water warms.

This is when trolling from a boat will be most effective.

The time to be on the water is the change of light at both ends of the day, as this is when the fish are most active.

Lakes with brown trout will still have fish cruising around the edges but rainbows will be further out and deep.

Right from Opening Day in October, backcountry trout were in great condition and feeding actively.

The freshes in November have helped keep flows up in the rivers as well as adding some colour for spin anglers.

December will mean the rivers will become clearer and lower.

This will be good for the fly angler as trout will become more visible in the deeper rivers.

Spin anglers will need to use ultra light gear as December progresses.

As a result, salmon that enter the rivers early in the angling season (i.e. November / December) may be exposed to angling pressure for a much longer time period than later run fish.

If left unchecked this may impose large mortality on the early fish, leading to depletion of sub-populations or specific life history types.

Life history variability is an effective form of bet hedging that greatly increases the resilience of local and regional salmon populations.

For instance, in many salmon populations, larger and older fish often enter rivers earlier in the season, as do fish originating from headwater sub-populations and spawning areas.

As a result, in order to be able to evaluate if the early (November / December) run salmon belong to any particular sub-population, like Mellish Stream/Lake Heron, or are currently at risk of being over-harvested, it's essential to determine where they were born.

Please let us know and we will collect these heads and the details from you.