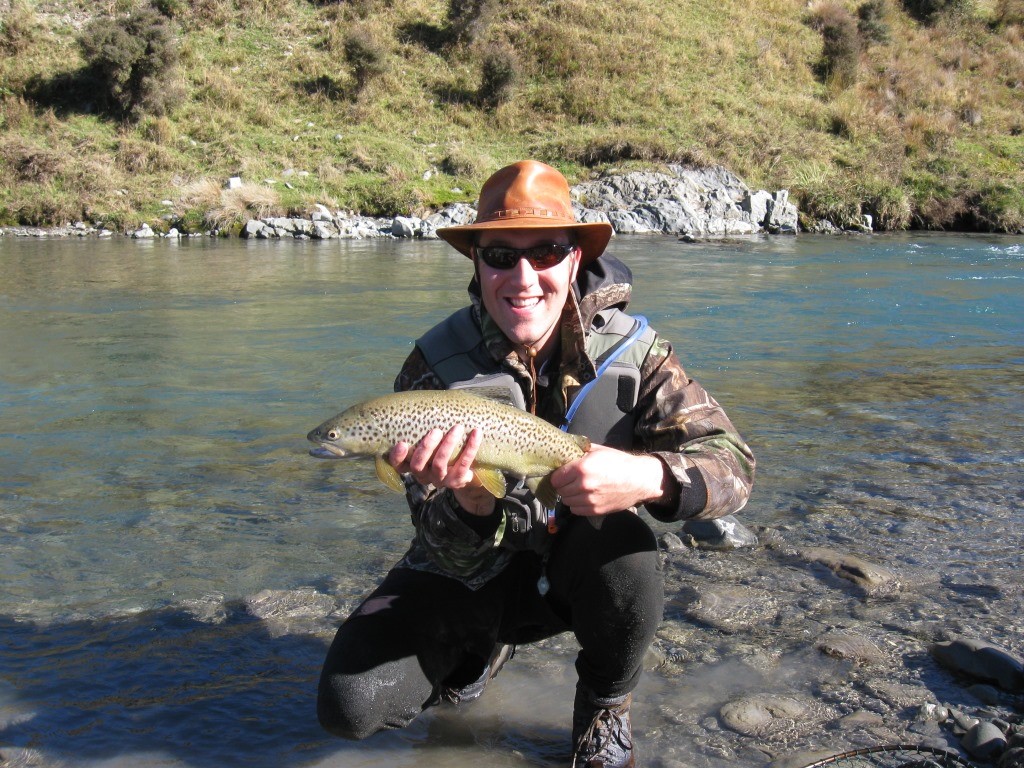 April can turn on ‘top-knotch fishing'

Looking back at last month's Reel Life I made a foolish prediction based on previous years that March would bring some more settled weather.

I'm not going to make any unwise forecasts this time as the weather continues to be unsettled.

Above right: Dan Hamilton with an upper Hurunui Brown on a memorable end-of-season fishing trip.

April is an interesting month in the fishing calendar.

The days are getting shorter and sometimes the water even looks dark and foreboding as the sun's angle creates a glare that signals winter is not far away.

However, looking back at Aprils in past years, there are some stand out fishing experiences.

Two of the best were in the Hurunui catchment, one was a multi-day fishing trip in the upper reaches of the Hurunui River.

The weather was very calm and we fished the last three days of the season.

The fish were remarkably obliging despite the fact that they'd been hammered by anglers all season.

The other time was three days spent on Lake Taylor and Shepard where once again the fish were rising on the surface and were easy to catch.

I remember thinking at the time, having just released a fish and hearing a red stag roaring on the nearby hills, that this would be a trip to remember. 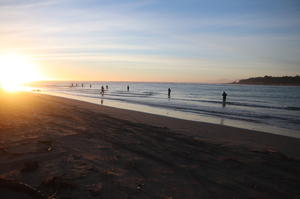 The sun rises over the annual Rangers Competition on the Waimakariri River.

Over 130 anglers turned up to the annual event which was the best turn out so far.

The idea is to bring Fish & Game staff, rangers and anglers together at the mouth to compete for the Rangers Trophy by catching the heaviest salmon.

On this occasion no salmon were caught during the event but one angler caught a salmon just after the competition closed.

Despite the lack of fish, anglers were in good spirits as the day was pleasant and the trusty old Fish & Game barbecue was in full swing.

In fact, we've never seen so many sausages eaten at any of our events!

A sure sign that the fishing was a bit quiet.

Plenty of spot prizes were given out thanks to the generous sponsors Hamills Hunting & Fishing Rangiora, Blackwells Department store in Kaiapoi and Dryline.

Big thanks also to Hellers for supplying the sausages.

I’ve had my fair share of bleak fishless days in April, but the common factor in both of these successful trips was that there was a massive anticyclone (high) parked over the South Island.

But even spin anglers seem to do well when fish are in these moods.

So if there is any settled weather forecast for April, I suggest that you make the most of it.

Rather than waiting for next season you may just find it is some of the best fishing for the year.

April is also one of the most productive months for salmon fishing, especially in the Waimakariri.

In fact all the rivers should have a late spawning run this year due to the salmon being delayed by warm river temperatures.

The salmon don’t muck around at this time if year so be prepared to explore the full length of the rivers.