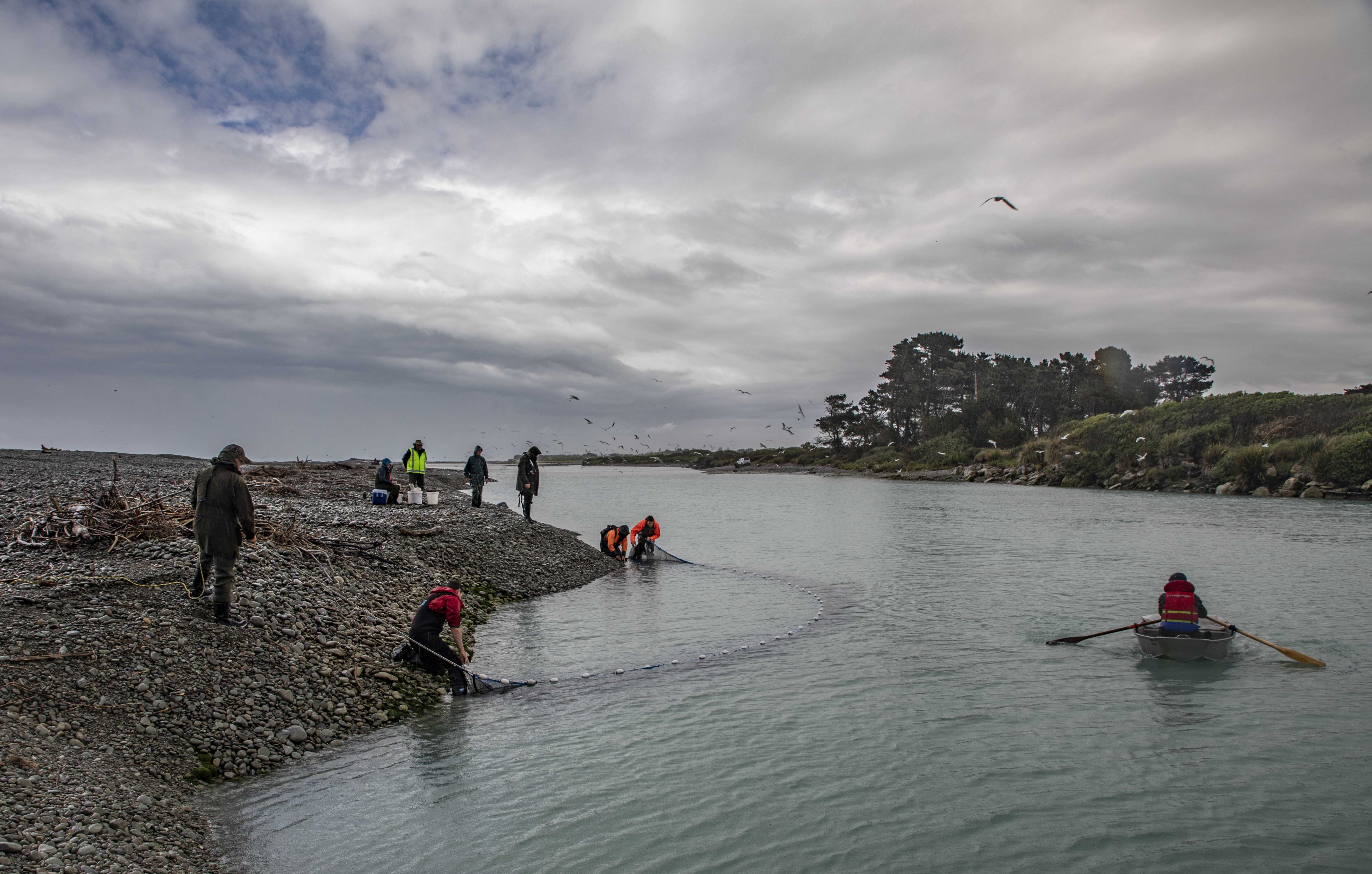 January has been a great month for fly fishing.  Some settled weather has meant some great back country fishing.

Trout have been responding well to large dry flies.

This should continue into February as traditionally the weather becomes even more settled.

February is also when cicadas are active in the high country.

If you are fishing a back country river or lake and cicadas start flying around, change immediately to a cicada imitation and get it on the water.

This can be some of the most exciting fly fishing around as the trout give up all caution and smash the flies with a vengeance.

Salmon anglers will be looking forward to February.

Salmon have been caught all season in the lower Waimakariri.

Numbers of fish should increase here during February.

Next month should also see the main salmon runs for the Rakaia, Hurunui and Waiau Rivers.

Spin anglers for trout should target the middle reaches of the larger rivers such as the Waimakariri, Hurunui or Waiau Rivers.

Flows will drop significantly during February which will allow the angler to negotiate some seldom fished water.

Often there are good fish numbers in these reaches and there is a lot less fishing pressure.

As the rivers become low and clear realistic looking soft baits and spinners should be used rather than bright coloured lures.

North Canterbury and Central South Island Fish & Game staff have been part of a combined project along with DOC and Environment Canterbury.

The project has been a collection of surveys on the Ashburton, Rakaia and Rangitata Hapuas.

The surveys were repeating some earlier surveys carried out in the early 1980s.

The main focus is to see if Stokells Smelt are still in the Hapuas, but a range of fish are caught and identified.

We used a mixture of seine netting(pictured above), setting Fykes and G Minnows overnight and electric fishing.

Smelt were caught in all the hapuas but not in the same numbers as previous surveys.

It is also unclear as to whether we found any Stokells smelt yet as the samples have to be analysed. 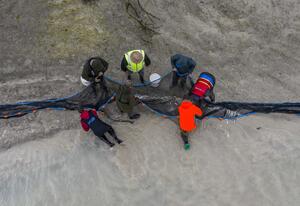 A good haul of smelt and Yellow Eyed Mullet.

They look very similar the common smelt and can only be identified under the microscope.

All the Hapuas had a variety of fish caught but the main points were that the Rangitata had the most numbers and biodiversity and the Ashburton didn’t have much at all.

Most notably there was hardly any salmon smolt caught in the seine nets.

A report will be written up by Environment Canterbury and further surveys will be undertaken in February.

You can watch a video on the first set of surveys here.