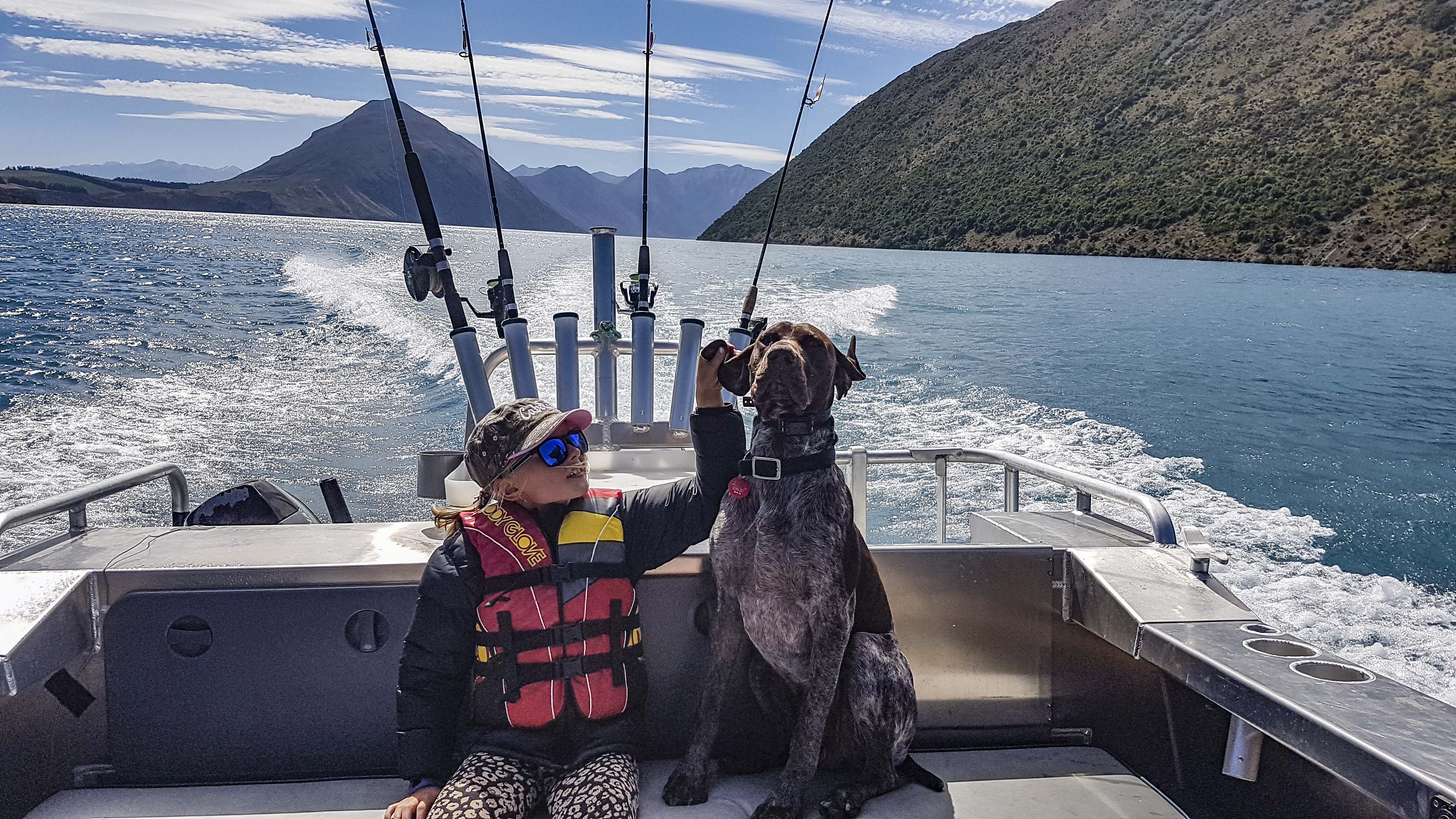 The North Canterbury region offers much to the angler during the holiday season.

There are many camping areas along rivers and lakes and river mouths.

This provides ideal family fishing opportunities but also the chance for the lone angler to slip away while the rest of the family is occupied.

I generally use the holiday period to spend time with family, so ideally, I try and include them with fishing adventures as well.

I find the best way to do this is mucking around in boats.

Kids love boats, they mainly want biscuit rides during the heat of the day.

This fits in well with a bit of trolling in the evening time.

Often after being in the sun all day everyone wants to just chill out.

In our region trolling from motorised boats is allowed in:

There are other lakes that can be trolled by non-motorised means such as rowing or kayaking, these include:

Either of these options are great for kids.

Rowing or kayaking with trolling gear produces a nice slow trolling action that can make it more successful than motorised trolling.

It is a very cheap alternative to buying a boat.

Just use normal spinning rods and fish the shallower water that the motorboats can’t get to.

Trolling in two metres of water using surface type lures such as Tassies can be very effective.

There has not been much opportunity to catch a salmon this year.

The change in regulations did not make much difference this year to angling opportunity as the rivers have been so high anyway.

Hopefully as we head towards the New Year the rivers will settle down enough to get some fishable days.

One positive will be that salmon will have had the chance to spread out through the rivers in between floods, so anglers should look upriver as well as round the mouths.

Especially in the Rakaia, Hurunui and Waiau, the Waimakariri salmon run usually starts later in the year.

Anglers will need to explore the rivers to find pools.

It will be completely different to the start of the season due to the substantial size of the floods.

Lots of reconnaissance may be needed, if you are using a 4WD to get around the riverbeds, be careful as there is soft shingle everywhere at the moment.

There has been much hype about mouse eating fish in the back country this year.

This is an exciting time for anglers targeting large brown trout.

But the downside is that our back-country rivers can feel overcrowded at times.

Like the salmon fishing there has been limited opportunity due to constant floods and wild windy weather since the season opened.

The weather looks to be settling down Christmas week which will mean back country areas should be fishable heading into the new year.

The beech mast that has caused the mouse plague is South Island wide.

Hopefully, this means angling pressure gets more evenly spread throughout many catchments that have beech forest.

There shouldn’t be any need to crowd out certain areas.

If you do find yourself amongst other anglers here is what you can do to lessen the impact of overcrowding.

Talk to other anglers, sounds simple enough but you would be amazed how many times I have seen anglers almost run to get ahead of me on a river.

Instead take the time to talk to other anglers and find out everyone’s plans for the day.

Be prepared to make some compromise.

You may not be able to get 5km of unfished water at this time of year.

Maybe consider stopping after you have caught a couple of good fish, sort of like quitting while you are ahead.

Leave an upstream or downstream notice on your dashboard.

These are incredibly helpful to other anglers and may stop them dropping in on your experience.

Have realistic expectations, landing one or two fish is probably going to be a good day.

Focus on the experience and quality rather than how many fish you land.

They may not have the larger specimens but often fish numbers are more numerous, and they are not as spooky.