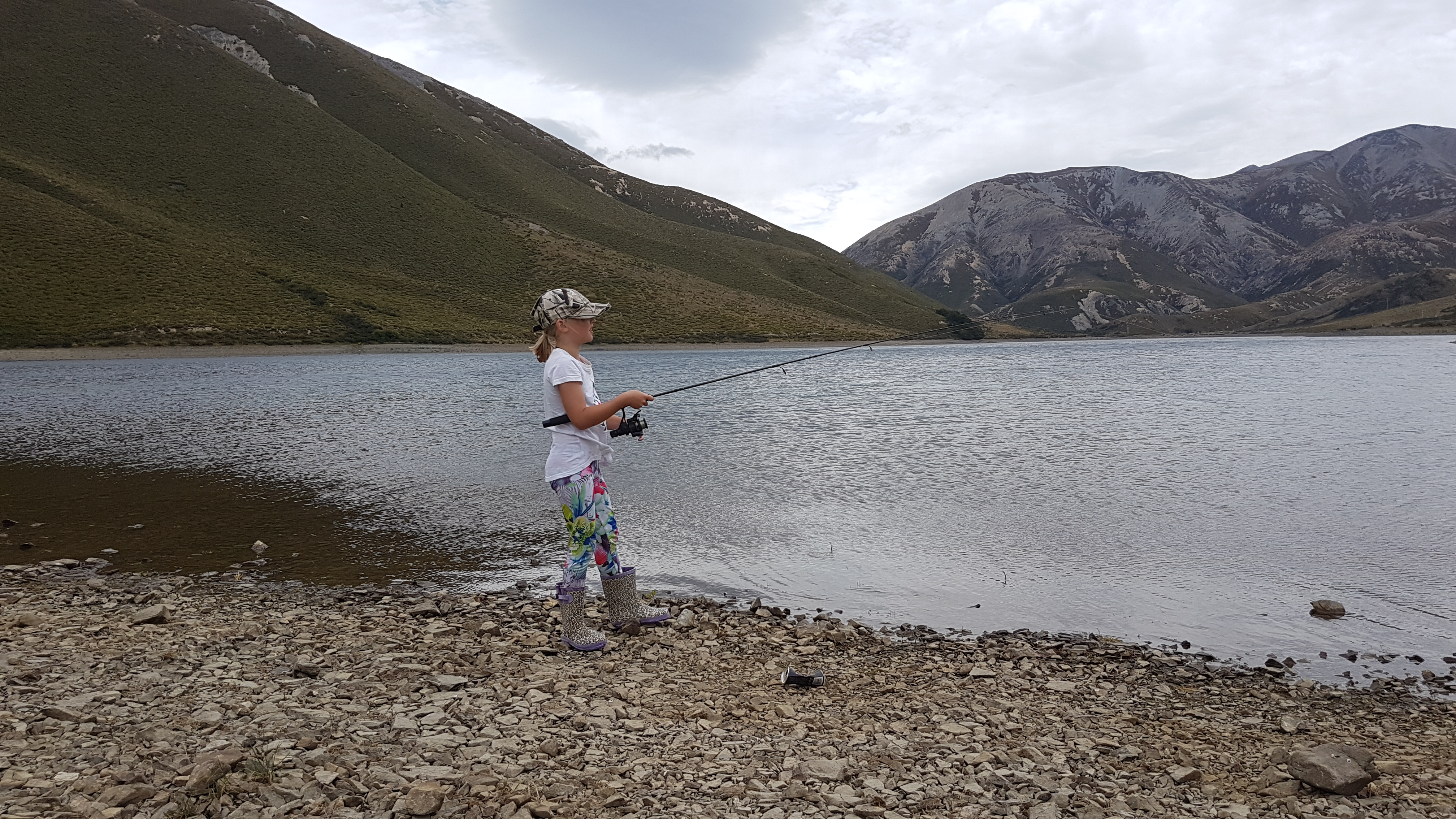 Prospects for the holidays

Summer...are we there yet? Surely by the Christmas holidays we are going to get some sunny days.

I am not complaining though, as the continual easterly rains have meant that there's water everywhere.

The Selwyn River has had a continuous flow from the foothills to the lake right into December which hasn’t happened for many years.

Do good flows in lowland streams translate into good fishing though?

Sadly, it's a little more complex than that. Yes, there is plenty of flow around, but we had a very dry summer two years ago which saw some streams completely dry up.

When this happens recovery of the fishery often takes years.

This is because it's the whole ecosystem that disappears when habitats completely dry up.

It means that all the algae, invertebrates and native fish such as bullies must completely recolonise again.

Foothill rivers should be fishing well this summer, especially those that run into a larger river containing trout, such as the Hurunui or Waiau.

Usually the smaller tributaries that run into these rivers contain post-spawning trout that may stay in the smaller stream for a month or two at the start of the season, before dropping back into the mainstem before the flows drop too much.

The higher flows this year will mean they will remain longer, so it could well be worth exploring these areas over the Christmas break.

The colder wetter weather has meant that everything is starting a bit later this year.

October got off to a great start for fishing, but the cooler temperatures have slowed invertebrate production down.

For example, the hatch of the green beetle in the high country has been later this year.

This will probably mean that fish in our high country lakes will be actively feeding right through the Christmas and New Year holidays.

Last year, by mid-November our lakes were suffering from high temperatures which caused stress for trout in the shallower lakes.

Even in a typical year, lake temperatures are such that by Christmas trout have gone deep.

When this happens, it becomes the time for trolling to get the lures down deep.

Shore anglers may find that they only get some action first thing in the morning.

This year looks to be a little different.

Lake temperatures are still in the optimum temperature zone for trout feeding.

So, you should see fish cruising edges and feeding off the surface.

Backcountry rivers have been fishing well since the start of the season.

The big floods in November have not affected the more stable backcountry rivers much.

Rivers like those in the Lewis Pass area or upper Hurunui recover quickly from floods due to the bush catchments and confined river beds.

Backcountry trout have not been huge this year compared to past years, but there does seem to be a good number of fish around the 5-6lb range.

Our drift dives that start in January will confirm this.

Decent runs of salmon are remaining elusive so far.

The alpine rivers have been high for most of the season.

Fishable days have been limited so it is hard to tell how many salmon are in the rivers.

Certainly, by the Christmas holidays the Waiau, Hurunui and Rakaia should have some salmon around.

Get kids into fishing this summer

The best way to do this is quite simply to camp by a lake.

Yes, there can be good fishing in our rivers, but the relatively low number of fish in Canterbury rivers generally means you have to walk quite a way between fish, which is not ideal for youngsters.

There are exceptions such as river mouths which have higher concentrations of fish.

The most interesting way for kids to fish is by boat.

The boating itself is an adventure rather than the act of catching fish which often comes as a bonus.

Trolling is incredibly easy to do and can be done with the cheapest of set ups.

A $75 rod and reel with cheap lures such as a black and gold toby is perfectly adequate.

Not everyone has a flash boat of course, but there are some great alternatives.

Using kayaks or inflatable rowboats are reasonably inexpensive ways to get out on the water.

When my kids were younger, I used a 2.4m inflatable and took one child at a time.

Rowing speed is perfect for trolling and the kids would usually pick up a couple of fish within 30 mins of rowing, not a lot of effort really.

If none of this is an option, shoreline fishing can still be successful.

Just make sure you move them along the shore after about 10 casts and change the lures regularly if you aren't suceeding.

Tie on those swivels with clips so you don’t have to constantly tie on lures.

All these techniques have the best chance of success either first thing in the morning or at dusk.

This can mean an early start in the height of summer as the fishing drops off significantly by 9am.

The positive is though is that this leaves the majority of the day for other activities to keep the camping trip interesting, so the kids don’t get bored.