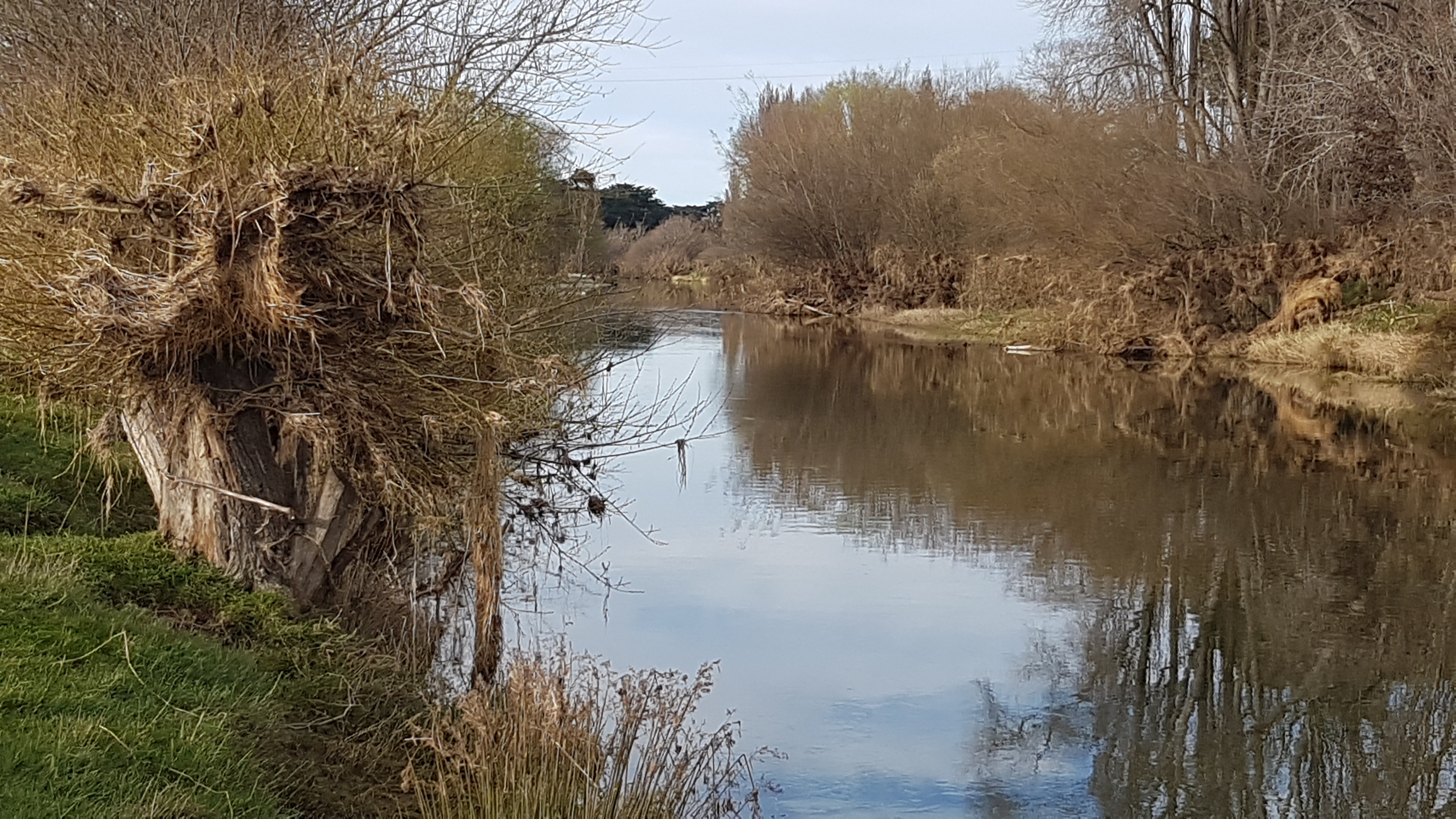 This morning I went for a walk down to the Selwyn Huts and the water was still a little murky for spotting trout.

But I did see something very promising!

There was a completely clean bed of shingle that had been brought down by the winter floods.

Clean gravel is one of the main key ingredients needed for trout fishing in the lower Selwyn.

Above right: The lower Selwyn with flood debris in the trees.

In the lower Selwyn the trout’s main diet is feasting on the thousands of bullies that the area is famous for.

The bullies also need the clean gravel to provide the habitat for their food.

The flood debris several metres above the current water line demonstrates the power needed to bring down this fresh gravel.

It can also be very destructive.

Does this have an effect on the trout population? The short answer is yes but it depends on the river.

Floods still remain one of the key factors in trout mortality.

If the trout have somewhere to go as they do in the Lake Ellesmere system, the effects on adult trout are likely to be less severe than a river such as the Ashley.

The opening weeks of this season will probably involve a bit more walking than usual to find the fish.

The river beds have altered much over the winter, meaning you will need to find the stable water where the trout reside.

This is usually somewhere that provides cover either in the form of depth (pools) or overhanging vegetation or banks. 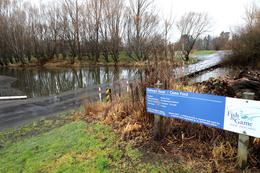 Once found though the trout should be feeding well due to the increased flows.

By the next Reel Life the dirty water in the streams should have cleared enough to get an idea of numbers so that we can provide a more accurate report on Opening Day prospects.

Our high country lakes have also received a lot of rainfall and runoff this winter.

Lakes that were low such as Lyndon are now filling back up again, with the water flooding new ground and providing new territory and feeding grounds for cruising trout.

Lake Pearson received a lot of dirty water and the lake is currently very murky.

Hopefully this settles out before the warmth of summer turns the suspended murk into the algae blooms that troubled the lake a couple of years ago.

If you can't wait until Opening Day to get out or you just want to brush up on your casting and test your gear before the big day, there are a few places that are open to trout fishing in September.

For rivers, the Rakaia, Ashley, Waimakariri, Hurunui and Waiau are all open from State Highway One upstream to the Western Zone boundary.

Flows will be high but probably ideal for spin anglers.

Fly anglers will have to use heavier flashier nymphs to get the fly to the trout’s level and visibility.

For the lakes, Sumner and Loch Katrine are open all year round while Pearson, Taylor and Selfe are open until the end of September.

For juniors the Groynes and Courtenay Lakes are open all year round.