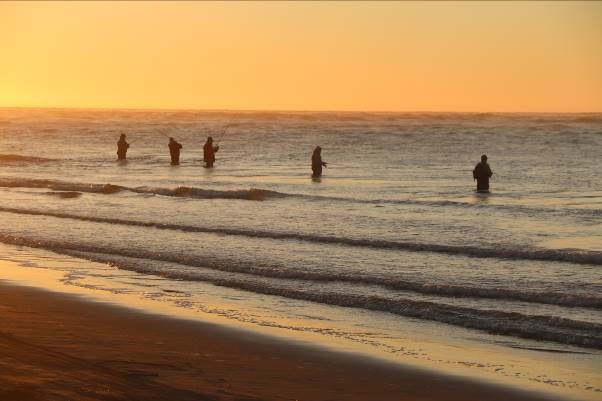 As the salmon season drew to an end, the general consensus was that it was yet another poor season.

Most anglers have packed their fishing gear away until next season.

But there were still a few salmon in the mid reaches of the main rivers, more so the Waimakariri, before the salmon fishing closed at the end of April.

Remaining salmon will be waiting for the next fresh before heading up to their spawning grounds. 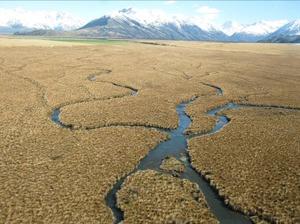 Only 220 spawning salmon were counted, and the Rakaia River itself was discoloured so that and any salmon waiting below their spawning streams were not visible.

However, a number of spent salmon carcasses were observed in each of the streams indicating we are nearing the peak of the run, which appears to be a week or so earlier than usual this year.

A count will be carried out in the Hurunui and Waiau rivers this week, with a count planned for the Waimakariri later next week.

While we're not entirely sure what the main factors are that determine the run size each year, all the east coast salmon rivers show similar trends in returns, indicating variables at sea are the main driving force in survival.

There are however, a few variables in the freshwater stage of their life cycle we can have an influence on.

Environment Canterbury and Fish & Game recently completed a three year study, looking at the differences between a number of salmon spawning streams in the Waimakariri, Rakaia and  Rangitata rivers.

The focus was on whether farm intensification in the Canterbury high country was having an adverse effect on the significant salmon spawning streams. 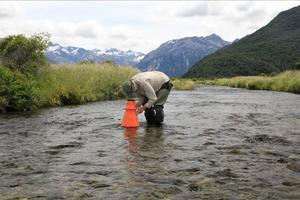 In particular, ecologists are interested in the amount and type of periphyton growing on the bed and the amount of fine sediment present.

Build-up of fine sediment on stream beds has a negative impact on stream invertebrates.

Once fine sediment is in a spring-fed stream, it may take a long time to flush out (or may never) due to stable flows.

Monitoring also provides a valuable opportunity to involve the landowners when data is being gathered. 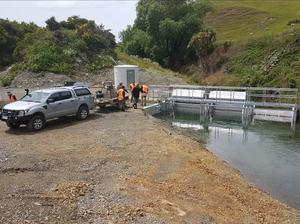 For some time Fish & Game has expressed concerns to ECan about the state and effectiveness of fish screen designs and their operation in Canterbury, as well as their maintenance and compliance with consent requirements.

Many of the fish screens were designed and installed prior to the completion of overseas scientific work on fish screen design, and the  development of guidelines and standards to ensure they conform to  best international practice.

Fish & Game is continuing to work with ECan, to ensure their compliance, and monitoring staff are familiar with the various parameters required for fish screens to work effectively. 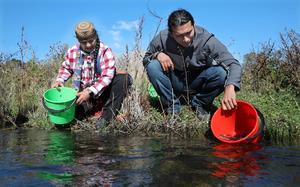 In mid-April, a delegation of three from the tribe along with their fisheries biologist arrived in Christchurch from California.

They were officially welcomed at the airport by Ngai Tahu and a large contingent of Fish & Game staff and councillors from North Canterbury and Central South Island regions.

It was clear that the Winnemem tribe were overwhelmed by the support shown by the New Zealand people.

This trip was made in order to meet all of the New Zealand team, from multiple sectors, with the main objective of bring together complex plans for the up coming project.

It will start in June with a focus on trapping late running salmon which may be of winter run genetics.

In the McCloud river, which was originally a direct tributary to the Sacramento river before the Shasta dam was built in the 1950s, Chinook salmon ran thick.

This dam severed the run completely; the salmon were taken from the people!

The McCloud had three main runs of salmon prior to this: spring, fall, and winter-run Chinook.

Over 50 years before the dam was built in the early 1900s, salmon ova were nurtured by the Winnemem people whom worked at the Baird Hatchery run by the United States Fisheries Commission, led by Livingstone Stone.

This ova was supplied to many U.S. States and shipped to 13 countries, including New Zealand.

At present there's a mandate in California to “get Chinook above the rim dams,” but which fish to use is the question.

Although the Winnemem people had all three runs of Chinook, funds have only been made available at this stage for winter-run Chinook.

This is because the fish has been officially classified as endangered.

So a search for the possibility of these genetics will begin in New Zealand in June for a period of 12 weeks.

The reality is that the Winnemem had all three runs before the dam, and they just want their lost Chinook back, spring , fall or winter, or all three.

We have the direct descendants of their lost Chinook here, but it's not as simple as it seems.

Fisheries politics are abundant in the U.S., so firstly we must look for winter-run fish.

Ultimately we just want to repay the magnificent gift of Chinook, by giving them back to the Winnemem people, and their river of origin, the McCloud.

This process involves firstly, identifying winter-run, then capturing a small number of samples in order to create a captively-reared stock, from which ova can be collected.

The Winnemem Wintu people have fought hard for their lost Chinook and there's still a very long way to go - Ironically we're fighting hard for what we have here too!

During their six day visit here they have shared their story with many.

They've shown New Zealand their strength and passion for the protection of water and nature, and of course, the mighty Chinook.

They had an amazing day with CSI staff and visited the original release site of Chinook here on the Hakataramea.

Thank you to all those who did so much for the Winnemem during their stay.

Good luck if you're heading out over the last weekend of the salmon season.