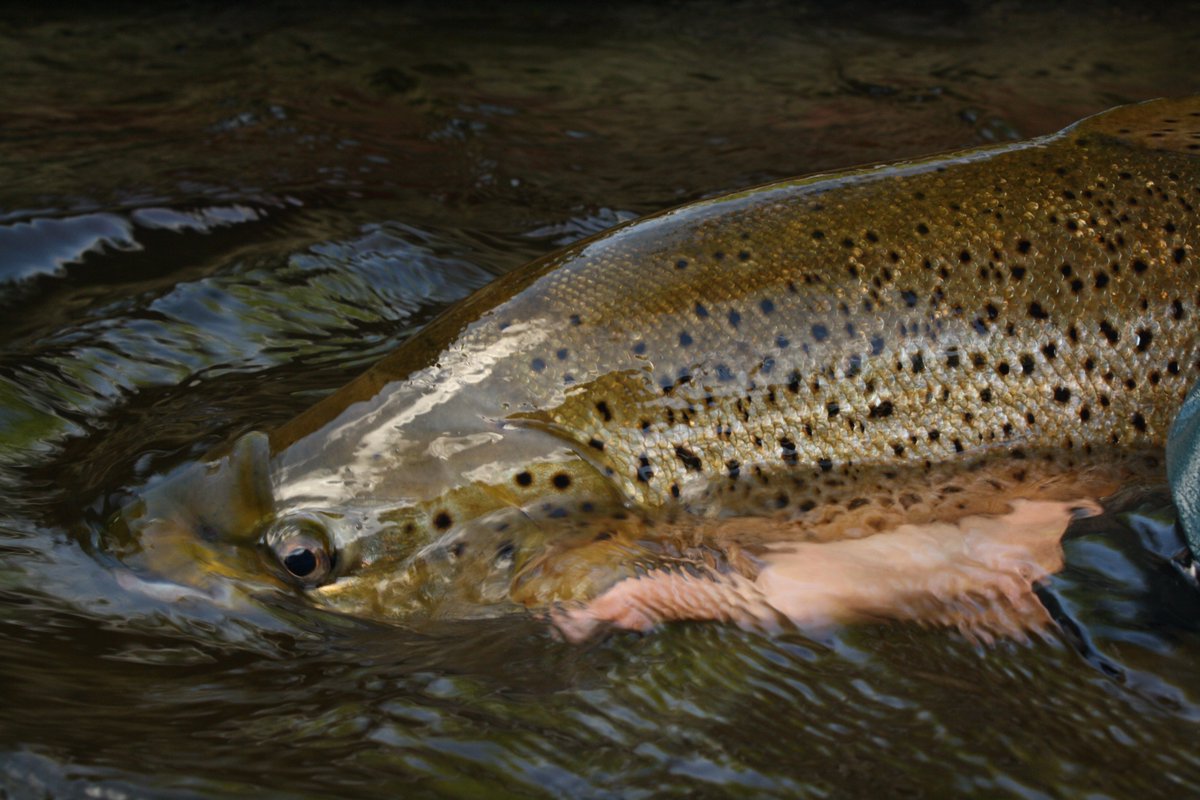 End of season wrap up

As the season draws to a close there has been some settled weather to bring a rush of activity from both salmon and trout anglers alike.

The salmon season has not been one of our best.

Numbers have been low and the size of fish has also been down.

We will not get a true indication of the salmon run until we start our monitoring flights at the end of April.

An update will be given on the spawning numbers in the next Reel Life.

As for trout fishing it has been a bit of a mixed season.

The high country has been dominated by constant flooding this year.

This is hard on the fish and is probably the single biggest limiting factor to trout abundance in the backcountry.

It can take up to three weeks for caddis and mayflies to re-establish on the stream bed after a decent flood.

As this is the trout’s staple diet it can have an effect on both overall condition of the trout and their numbers.

You will also find that the trout will not hold in what I call marginal water if there are regular floods.

What I mean by this is that water that is slightly too fast or too shallow for an adult trout lie but holds trout when the river is stable.

During floods adult trout will abandon these places and seek either structure or deeper water for shelter.  Often in the back country this means moving downstream.

Due to flow conditions we only got to drift dive two rivers this year which were the Boyle and the Upper Waiau.

Both were down on adult numbers by around a third.

There were still some medium and small trout present which was gratifying.

Fishing did pick up towards the end of the season once there were some more stable flows.

In fact some of our back country rivers have reported really good fishing in the last couple of months.

The lowland fishery had a tough time this year.

Although it wasn’t a particularly dry or hot summer, our ground water aquifers were left significantly depleted by both irrigation and lack of winter rainfall recharge from the last two years.

This resulted in the Selwyn running completely dry at Coes Ford.

A rare occurrence that was last seen in the 1930s. 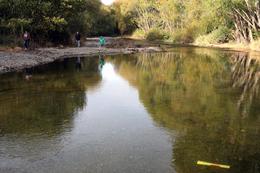 As a result the thousands of fish that are usually available to anglers down at the huts were not there this year.

Left: A family checks out the Selwyn River flowing once again at Coes Ford.

The good news is significant rain from the remnants of Cyclone Cook and Debbie has got the Selwyn flowing right through to the lake again.

Significant amounts of water went subsurface during these floods flows which will help refill the aquifer.

Hopefully some regular rain throughout the winter will help keep the Selwyn connected during spawning season.

Lake Ellesmere still has significant fishery resources and with the lack of water in the Selwyn River this year there were an increase in fish seen at some of the other Lake Ellesmere tributaries.

Hopefully these fish will find there way to the Selwyn over the winter to replenish its stocks.

What's on offer in May

May can be a limited month for fishing as the focus changes to opening of duck shooting season.

Many fisheries close at the end of April to protect fish during the spawning period, but there are still some open.

For rivers,  the Rakaia, Waimakariri, Ashley, Hurunui and Waiau upstream of State Highway One to the Western Zone boundary, remain open to fishing.

For lakes, Loch Katrine and Lake Sumner are open all year round.

The Groynes and Lake Courtenay are also open all year round for juniors only.

Fish and Game North Canterbury will be conducting a review of the sports fishing regulations for the 2017-18 freshwater fishing season.

The Council is keen to receive stakeholder input into the review and invites you (or a representative of your organisation) to attend a meeting to discuss the regulations:

Submissions are sought and can be emailed to Debbie Ambler: northcanterbury@fishandgame.org.nz or posted to PO Box 50, Woodend, 7641.

Submissions need to reach North Canterbury by midday May 12th .

Copies of all submissions will be provided in advance of the meeting on request.

This is one of the most keenly attended meetings on the Fish & Game calendar.

In order to keep numbers manageable, we ask that clubs restrict their attendance to one member, and confirm they'll attend to Debbie at the email above.