Best fishing yet to come?

Camping at the Coleridge lakes 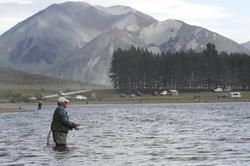 Fish & Game staff and councillors recently met with the Selwyn District Council to discuss the  'no camping' signs that went up this summer around the Coleridge lakes.

Fish & Game staff are advocating for camping in  some form in different locations.

It does make it difficult for us to negotiate camping on private land when there's so much litter and evidence of fires left behind at these sites. 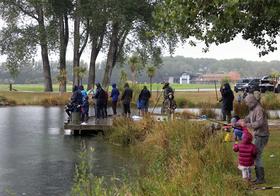 Around 400 young anglers braved the rain and cold to enjoy themselves at the Groynes Junior Fishing Lakes.

Six hundred salmon were released into the lakes the night before.

Thanks! Fish for this event were sponsored by GVI Logistics and our Fresh Waters programme is proudly supported by Dux Dine, John Jones Steel, Team Hutchison Ford and Protranz Earthworks.