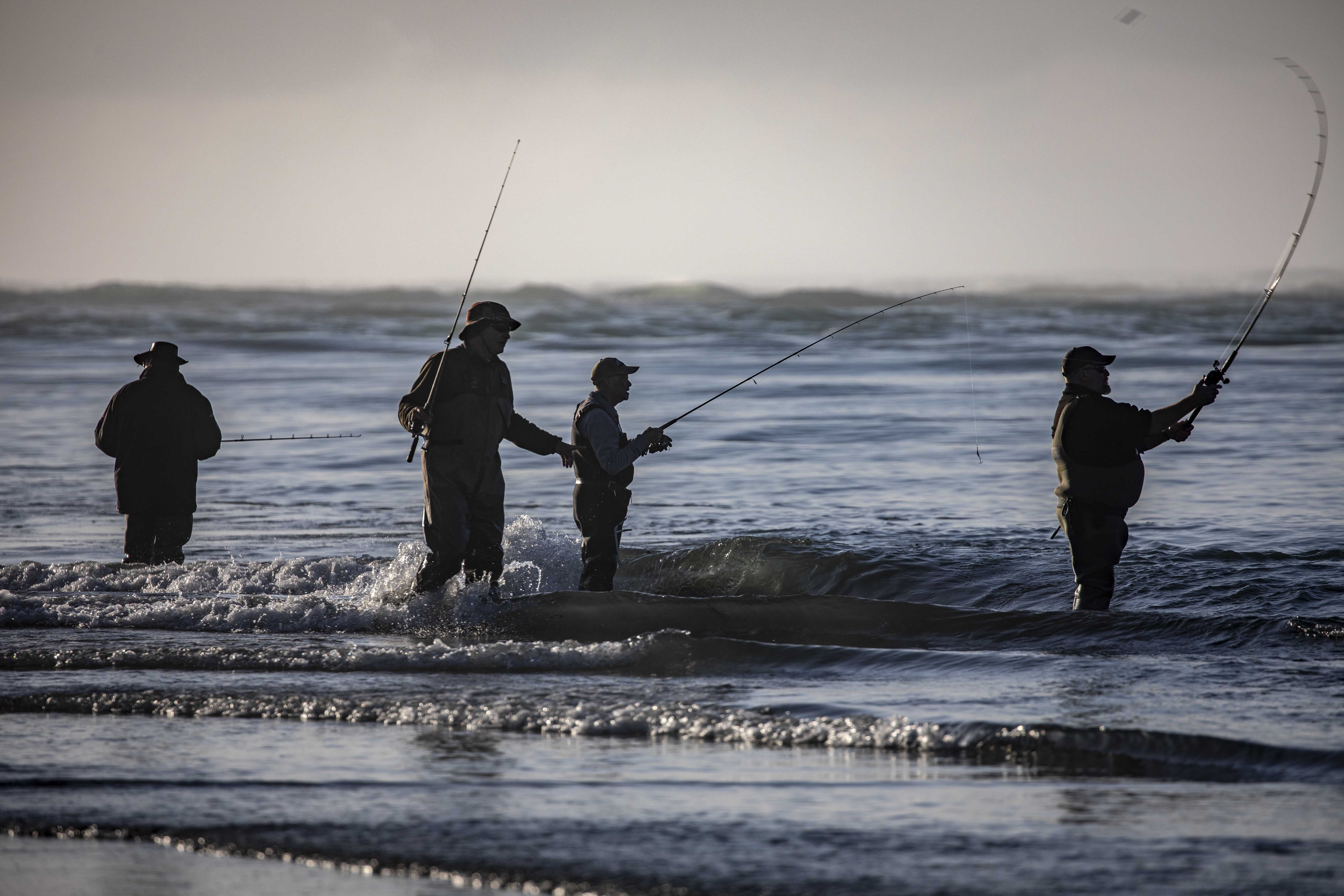 Well the salmon are finally here, actually, it looks as if some of the salmon runs were quite early this year, it’s just that the rivers were too high for salmon fishing.

They have been caught throughout all the main salmon rivers.

Even in the Waimakariri which is early, but mostly in the tidal reaches.

The rivers are dropping very fast though.

There is no significant rain forecast for the rest of January.

So, this trend is set to continue.

When the river is low salmon tend to hold up and become very hard to catch.

You may have to change to lighter gear.

Look for Southerly changes, even if they are dry ones, they provide cooler conditions which will make the salmon more active.

Residing flows of freshes should also be targeted.

These act as a kind if reset for both trout and salmon that make them more active and catchable.

Remember the salmon season ends at the end of March this year and the daily bag limit is only one salmon per day.

February is a fantastic month for fly fishing, cicadas will be out in the high country as well as other large terrestrial insects such as blow flies and dragonflies.

The increased presence of these all have the desired effects of increased feeding activity.

Fish will respond well to big bushy dry flies imitating anything from beetles and cicadas to blow flies or even spiders.

The current weather trends suggest there will be some hot still days on high country lakes.

While this provides pleasant fishing conditions, sometimes it can raise the water temperature of the lake.

This often happens not only when it is hot but there are also many days in a row of calm weather.

This warms the top layer of the lake as there is no wave action to mix up the different temperature zones.

When this happens, the trout tend to go deep and will only respond to lures that get down to the cooler layer which can often be about 5-6 metres deep.

This can be challenging for the shoreline based angler.

Obviously having a boat in a distinct advantage but this isn’t a method that is allowed on all lakes.

Other options can include targeting the lake the day after there has been some strong winds in the high country.

This will help to mix up those different temperature zones and lower the surface water temperature.

River mouths are still a great option in February for both trout and salmon.

The best fishing times will depend on the tide, but the morning and evening are still effective.

The first few pools above the tidal zones will often hold seas runners at this time of year as well.